When it comes to people being individuals, their personality plays a huge role. Sure, each person has a unique personality, and they behave like none other. But everyone falls within 10 different personalities. At least, according to the Myers-Briggs personality test, that is.

What does INTJ stand for?

If you’re unfamiliar with the basis of this test, then these letters put together mean nothing. Therefore, I’ll explain them to you. INTJ stands for introverted, intuitive, thinking, judging. The combination of these traits give you the personality type known as the Architect.

INTJ personality traits that make them the best

So what is it about this special personality type that makes it so much better than the rest? Well, I’ll tell you with a list of all the INTJ personality traits that make them the best. If you haven’t found yourself this type of person yet, you better get looking.

#1 They’re unique. Like I mentioned about, INTJs make up only 1%-2% of the entire population. The combination of their specific traits are such a rarity that it’s not often found. This means that if you find someone like this, you’re very unlikely to find another – so hold on tight.

#2 They’ve got serious imagination. This personality type lends itself to someone with a really creative and imaginative mind. It’s no wonder most of this type are artistic and think out-of-the-box.

#3 They have the energy to put their imagination to good use. They’re really imaginative, and they have a tendency to have a lot of energy to put into their ideas and creations. They don’t like to sit idly by letting their mind go to waste. They go after their ideas and make them a reality in any way possible.

#4 They’re curious. To many, this would be one of the best INTJ personality traits. Some people say that this is a bad trait because, “curiosity killed the cat.” Whereas others will say that curiosity leads to new inventions and creations.

#5 They’re driven to improve themselves. Some people are forever happy with who they are, even if they never improve another day in their lives. INTJ personality types are NOT this way.

#6 They enjoy a quiet night at home. All of that being said, it seems as though this type would like to be out and about exploring the world. However, the opposite is true. They prefer to work out their findings and thoughts alone. This means they’ll enjoy a nice night at home over going out and about any day.

#7 They’re witty. This personality type is just intelligent in general. They know how the world works because they’ve put in the time to find out, and this lends itself to a very creative and witty person.

#8 They’re very knowledgeable about a lot of stuff. They like to learn. They read, they research, and their curiosity leads them to be really knowledgeable individuals. They know a lot of information about the most random topics simply because if they’re curious about it, they’ll learn about it. Therefore, if you need a trivia partner, an INTJ is the person to have.

#9 Loyal as all hell. When most people talk about loyalty, they aren’t even beginning to touch on what it means to have, or to get, the loyalty of an INTJ. This is one of the strongest traits they possess and one of the best.

#10 They’re very open-minded. Because INTJs are so curious and want to gain all of the knowledge, they’re really open-minded. If you have an idea or thought that is unlike any other, they’re going to be the ones take it all in and feed off of it. 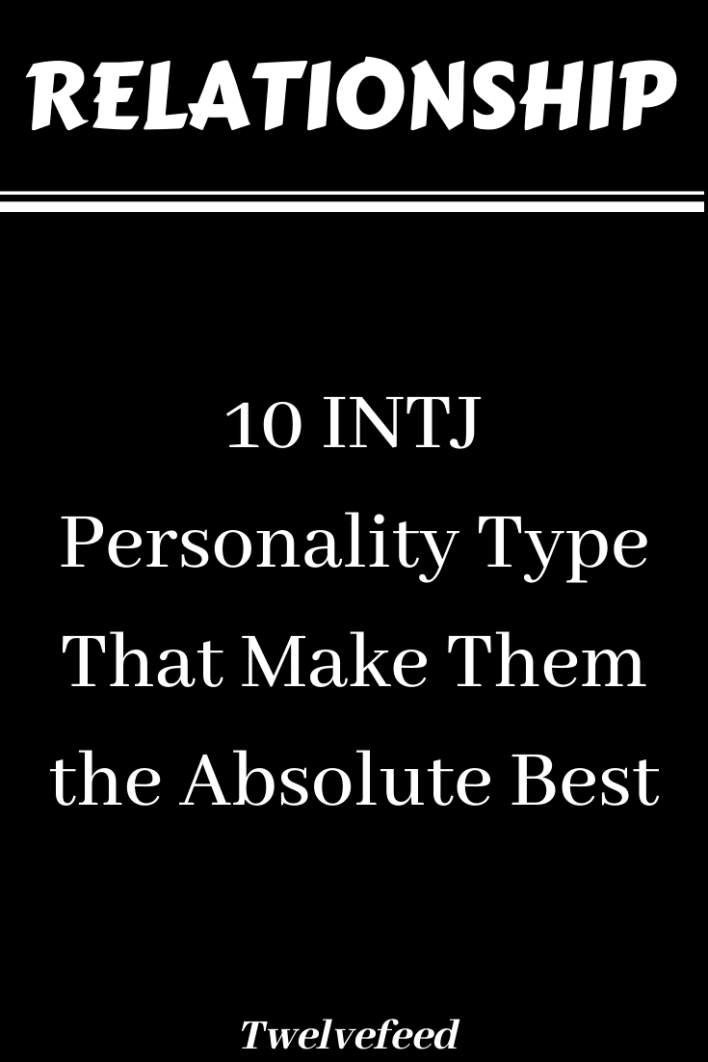