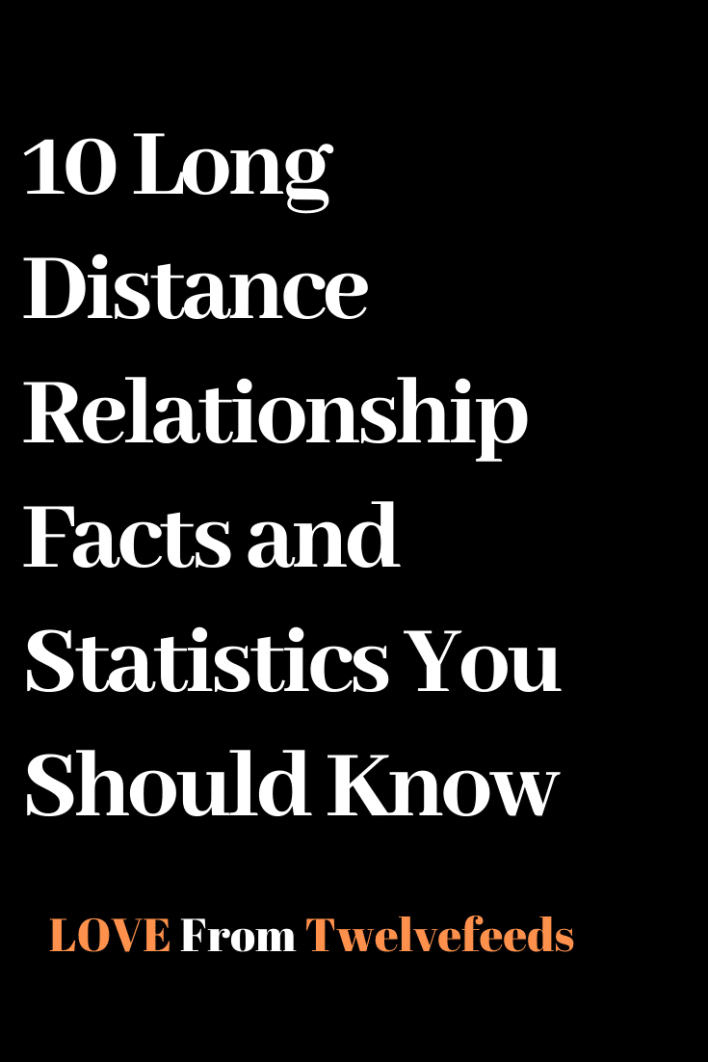 There are different ways to make a long distance relationship work and perhaps each one of these many pieces of advice tells the success story of some couples who have made it. However, the wisest words of wisdom may not be enough to sooth and heal the heartaches that being away from your partner bring – so what can you do about it?

The answer lies on the proven facts and statistics about long distance relationships. By looking at the observations from real and actual couples, you are given an opportunity to learn from the experts and from others’ experiences from a more scientific and realistic perspective.

Let’s take a look at some of the conclusions from these studies and make sure you take notes.

1. Distance can improve communication.
Distance can make couples more intimate to each other, a study in 2013 concluded. In a long-distance relationship, couples share more about themselves through different platforms of communications such as SMS, chats, video calls and phone calls. As a result, you feel more comfortable and at ease in communicating with your partner.

Furthermore, distance can help them express their deepest feelings towards their significant other without the fear of being judged or respected.

2. Adjusting to distance is easier for women.
A 1994 study found that women can adjust better when in a long-distance relationship as well as in breakups. It was discovered that breakups do not decrease the distress levels in women. However, this is not the same for men. They are more distraught after a breakup regardless of who ended the relationship.

Women are also known to be more in touch with their emotions and have developed a clear understanding of their feelings. Men, on the other hand, sometimes have a hard time to even recognize how they truly feel.

3. You are as happy as those who are together with their partners.
According to a study in 2014, being in a long-distance relationship is not a hindrance for you and your significant other to be happy. Those who live together with their loved ones are unlikely to be happier than those who are far away from their partners. Having someone who is miles away from you is not entirely a disadvantage.

4. You idealize your partner.
It is found out that when you are away from your partner, you tend to imagine only the good things about him. Since you are not together and you can’t see the unpleasant things that he does such as not cleaning the room and washing the laundry, it is easier to picture your loved one as a perfect individual. How you see practically changes – for the better.

5. It is expensive.
Maintaining a relationship while you are away from each other can be costly. Aside from spending time and effort, you also have to expend money. Phone bills and electric bills will increase. Sending a gift will also cost you more since you have to pay for the package courier. Being in a long-distance relationship will not only test your love and your dedication – but also your bank account.

6. You think your relationship will last.
Long-distance partners are more likely to think that their relationship will endure, according to a study done by some psychologists in the University of Denver. Couples usually make plans for the future while they are not together which gives them hope that the relationship will fare. However, the researchers said that being in a long-distance relationship does not guarantee your forever since more than half of their participants’ relationship eventually crumbled – but don’t lose hope.

8. You become happier as time goes by.
The same study conducted by Katherine Maguire shows that long-distance partners are more satisfied and experience less stress when they are confident that being away from each other is just temporary. Stability and certainty in a relationship bring happiness and confidence to couples. The thought that you will be reunited eventually makes the distance bearable, give them hope and peace of mind.

9. 75% percent of couples have experienced being in a long-distance relationship.
According to this study, around 75 percent of American students report having LDR during their college. At some point, couples have to be away from their partners due to several reasons. These include job transfers, studies, new opportunities and other personal matters. The number of people in a long-distance relationship is this big because of the help of the internet. It is making the lives of couples who are not together easier since they can communicate easily and be updated about each other’s daily lives. Source:

10. A lot of couples breakup upon reuniting.
A 2006 study found that long-distance relationships come to an end within three months of being together. Most of them breakup because of the changes in views and goals in life. However, this should not discourage you from pursuing a long lasting partnership after an LDR.

As a couple, you both have the responsibility to make an effort and do your part every day, consistently and with a deep sincerity.

Remember, these facts and statistics should not intimidate you. Instead, they should serve as your guide and as an inspiration in facing the everyday challenges of being in a long distance relationship. However, never forget that others’ experiences may be different from yours and some of these facts may not describe your love story.

The most important lesson to learn here is, you are not alone and there are many others who have had these struggles. Some have given up while others are still trying to make it work. Be one of those rare and special couples whose faith and trust to their love story are stronger that any storm. Be one of those who survived, and be an inspiration to your friends who are on the same journey.

8 Ways to Get Over Someone You Can’t Have

How to Make Your Relationship Work Against All Odds: 12 Tips