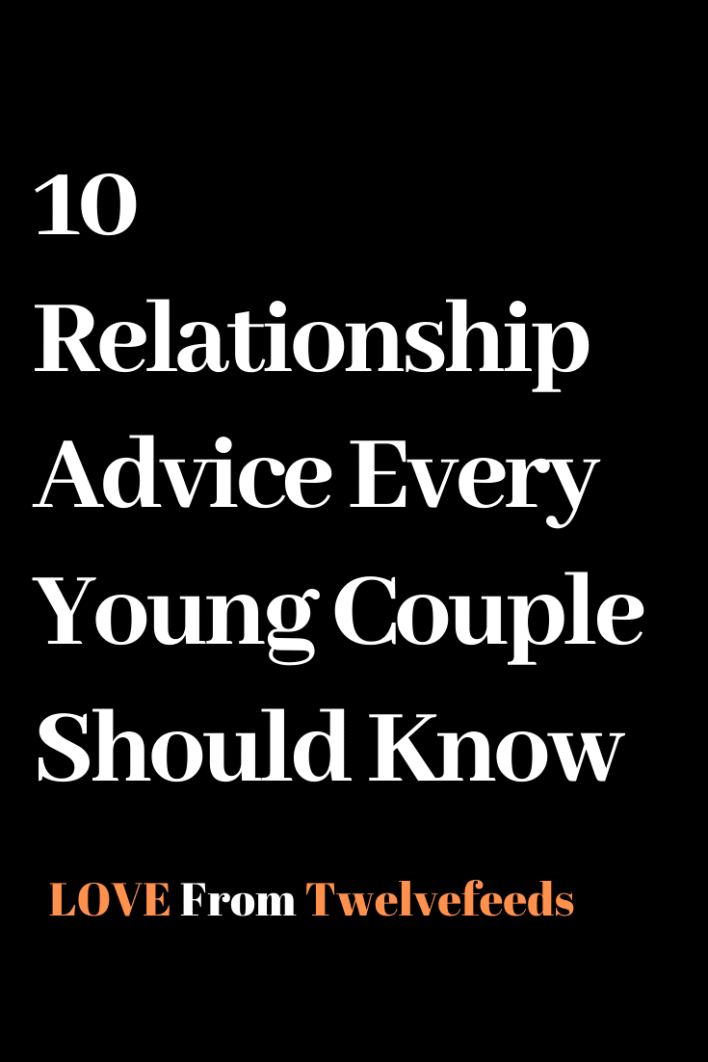 Young couples today tend to be atrocious. They go with the flow and do not think ahead of their actions. Sadly, the repercussions of them being “young, wild, and free” lead to being “young, dumb, and broke,” and that’s the last thing you’d want to go through, right?

If you’re a young couple who wants to make your relationship last, then here are 10 tips of advice that you’d definitely find useful:

1. Take it nice and slow.
When you’re young and in a relationship, you’d often feel like he or she is the one for keeps. It’s normal, but it’s not necessarily the course of things. Hence, you don’t have to rush. You better spend your time in the relationship getting to know each other – from your interests and pet peeves, dreams and whims, and everything else in between. No one’s pushing you to get married and start a family, so why be in a hurry?

2. Don’t be obsessed with the idea of being a couple.
When in a relationship, it is worth noting that you two are still living separate lives. You two are still different lives, and your lives are not yet intertwined yet, unlike that of married couples. So yes, live your life and let your partner live his/hers. This is a way of building respect for each other, which is key to a lasting relationship.

3. Jealousy is totally unnecessary.
Young adults are often fickle-minded, and they have the tendency to look at other people even when they are in a relationship – and this applies to both genders. Crushes, hello?

When you find out your boyfriend/girlfriend has a crush on someone else, just let them be. There’s no need for you to get jealous because they’re just admiring some traits of that person and that’s that. At the end of the day, when asked on who they love, the answer would still be you.

4. Make an effort to woo each other.
Who says courting ends when you become a couple? This is a major mistake most young couples make. Guy courts the girl and when the girl finally says yes, all the wooing during the courtship period ends. It shouldn’t be like that. Rather, you have to continue – and even amplify wooing.

Being sweet and thoughtful plays a big role in maintaining a relationship afloat, and girls should learn to do this as well. After all, it is these things that got you two attracted to each other.

5. Being a couple doesn’t mean you may now go to bed together.
Let’s face it: getting laid is a major element in any relationship for couples young and old. But you may want to reconsider doing the deed and its consequences before actually getting into it.

Becoming sexually active as a couple is common. But there are responsibilities that you have keep in mind once you pursue this route, and you two have to be in together. These include the risk of becoming pregnant, contracting a disease, and most of all, playing on each other’s trust.

6. It’s not always angels and butterflies; it’s compromise that moves us along.
Learn from the band Maroon 5’s song, “She Will Be Loved.” The key to a lasting relationship is compromise, and not romance. Being able to compromise with each other’s decisions means that you are able to give respect, patience, and space to let your relationship grow stronger and better without getting in the way of you two growing up individually.

Besides, being “half happy” is better than “not happy” at all, don’t you think?

7. Don’t make a big deal out of petty things.
Oftentimes, relationships go kaput due to petty things, such as forgetting monthsaries (the day of the month when you celebrate becoming a couple), arriving late, sudden change of plans on the last minute, etc. Sure, these can be frustrating and annoying, but you don’t have to make a big deal out of it.

There’s no need to nag or argue, but perhaps it would be better if you two talk it out calmly and reach a compromise. This way, you not only hear each other’s opinions, but also share a decision that you two are comfortable with.

8. Be patient.
Are you in a situation where your partner is leaving to study in a university based in a big city while you are left in your hometown? This can be a very difficult situation to be in but yes, all you have to do is be patient.

Allowing your partner to work on his or her aspirations is one of the best ways to show your love and support, as you show that you are with him or her all the way. It is also a test of patience because the distance and time away from each other can change the both of you, and it’s up to you on how to keep holding on.

9. Be thoughtful in the simplest ways.
It always pays to be thoughtful. You need not always be sweet and cuddly, but you can be thoughtful when it comes to reminding each other about important events, or telling your partner that he/she should not go hungry during a busy day. Writing love letters and sneaking in a chocolate bar in each other’s pockets are good ways to show thoughtfulness – without the unnecessary cheesiness.

10. Always put God in the center of the relationship.
Having God at the center of the relationship is often underrated, but it helps a lot in overcoming your obstacles as a couple. By putting God first, you and your partner are guided accordingly on how to make your relationship last, mainly because you’re not just thinking about yourselves, but His grace first. From there you are able to differentiate the right from the wrong, what should and should not be done, and most of all, to love each other unconditionally.

20 Tips on How to Treat Your Girlfriend Like a Queen

8 Ways to Get Over Someone You Can’t Have