Doubting your boyfriend’s fidelity? Are you suspecting he is hiding something from you? They say girls are gifted with intuition that is usually correct. So, how can you confirm that your suspicion on him is right? And what if he is really being dishonest? What should you do about it?

Here are 10 signs that your boyfriend is probably cheating on you. Find out if your hunch about him is right:

1. He doesn’t leave his phone lying around.
If even in his own house he never puts his phone on the table or just anywhere else whenever you are around, then something is really fishy. If you have been together for a long time, he should be comfortable with you already, so he does not need to be too cautious about his stuff when you are together. You can try borrowing his phone. If he hesitates, then your suspicion could be correct.

2. He won’t give you his passwords.
Whether boyfriends and girlfriends should exchange passwords or not has been a debatable topic. Personally, I think partners should respect each other’s privacy. It is also a sign of trust. However, I also think that if you are hiding nothing from your partner, entrusting him/her the passwords to your phone or Facebook account would not be a hard thing. So, if your boyfriend cannot give them to you, then maybe he is hiding something.

3. You catch him lying to you.
Your boyfriend told you good night early, because he was so tired so he would sleep already. Then, after five hours, you found him online on Messenger, or was ‘active 3 minutes ago’, but he never chatted you. The next morning, he told you he felt so refreshed because of his early sleep.

Especially if he never lied to you before, catching him lie even about small things now could be a serious sign of cheating. This is an indication that he is doing something which he does not want you knowing about.

4. He is suddenly too busy to see you.
No matter how busy your boyfriend is, if he truly loves you, he would find ways to see you. Seeing your special someone could relieve your stress, right? Therefore, if your boyfriend rarely visits or asks you out anymore—because he is so ‘busy’—then it is either he is not that in-love with you like before, or he is in-love with someone new.

5. He does not open up with you anymore.
A healthy relationship is characterized by trust and openness. You are ought to be comfortable and encouraging with each other. You share your deepest thoughts and even secrets with each other, because of trust and longing for comfort. Now, if your boyfriend does not share his feelings or problems with you anymore, then maybe he has already found another shoulder to lean on.

6. He is unusually sweet or cold.
This depends on the defense mechanism of your boyfriend. You would know that he is guilty of something if he changes his behavior towards you. For instance, he may become unusually sweet like giving you presents or telling you ‘I love you’ more than necessary to make up for his failures. Or he could have grown cold, because of the guilt that makes him uncomfortable with you.

7. He accuses you of cheating.
This is another defense mechanism. He projects his mistakes on you by accusing you of doing the things he does. He becomes paranoid thinking you could also cheat him the way he does. Also, this could be his way of making an excuse for his actions. He wants to find something he could use against you, so he would be spared from the guilt.

8. He only sees your flaws.
They say a guy, when in love, can stand even the worst traits of his special someone. When your boyfriend told you he loves you and asked you to say ‘yes’ to him, it meant he accepted you for what you are, including your flaws. Now, if suddenly he becomes too sensitive to your imperfection, then something could be wrong. If it seems like all he could see are your mistakes, then maybe he is looking for an excuse to leave you.

9. He comes up with lame excuses to breakup.
In connection to #8, your cheating boyfriend could be suggesting breakup for small reasons. For instance, he would suggest you both focus on your studies or career for now. If this did not cross his mind when you were only starting together, and you think your relationship does not have a negative effect on your career or studies, then it could only be an excuse. Another example would be telling you he needs to improve himself first so he could deserve you.

10. He can take you for granted easily.
If before he would do everything to make peace with you every time you were mad at him, but now he does not care even if you do not talk to him for days, then you have to wonder why. Maybe he is not afraid to lose you anymore, because he has someone else.

What to Do
If these signs are showing, do not freak out and rage a war against your boyfriend immediately. It is smart to make him know you know already. However, you have to calm down and be wise in your next steps. Here are some tips:

1. Gather proofs before confronting.
Before you confront your boyfriend about this issue, make sure you have enough evidence to show him. You should have bases for your accusations.

2. Talk to him level-headedly.
Once you have confirmed his infidelity, you may confront him. However, make sure you do not let your emotions rule you, so you would not make impulsive and unsound decisions. Be civilized as much as possible, or else you give him more excuses to leave you.

3. Listen to him.
Do not nag. Allow him to explain his side. If you notice that he is too defensive and he does not seem to repent from what he is doing, then maybe your relationship is hopeless. However, if he admits his mistakes, asks for forgiveness, and tells you he will change, then you can try giving him a second chance, unless you do not want to be with him anymore.

4. Decide.
If your boyfriend wishes for a second chance and you still love him, you may grant him that SINGLE (you need to emphasize this) second chance. However, if this is not the first time he cheated on you, then you better break up with him. If he has done it to you more than once already, then he could do it again.

It all boils down to trust
No relationship is perfect. Your boyfriend, and even you, are not perfect. Therefore, it is not stupidity to give your relationship a second chance after a mess like this. However, if there is no more trust between you, and you know it can never be rebuilt, then letting go is the wisest decision. 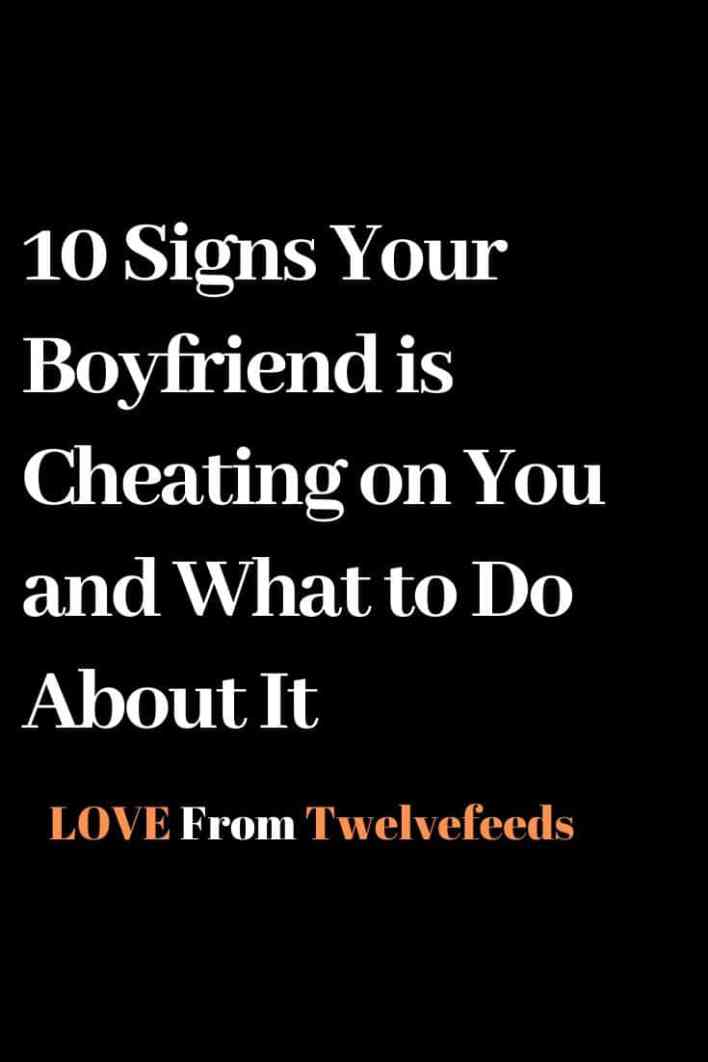 Having a Boyfriend for the First Time: Expectation vs. Reality