“Why are you still single?”

“You’re such a catch! How could a man/woman like you still not taken yet?”

“Why are you not dating anyone? You’re too handsome/pretty to be single!”

“Maybe your standards are just too high!”

“Did you ever had a crush on a guy/girl?” or “Be honest! Are you a lesbian/gay?”

People’s mouth are like guns and every word they say, every question they ask are the bullets. They will aim to shoot at you so you have to be courageous and be bulletproof. They will make you feel little or even confuse you but you should never let them. Being single is not a big deal. It’s never a big deal. It has perks instead, trust me. So if ever they ask you about it, keep your head high and tell them these 10 benefits of being single in college.

1. You can focus in school.
Distractions won’t be a problem. You can have a lot of time for your studies. You can focus on reading your books and not someone else’s text messages. Break ups or fights with your boyfriend/girlfriend could affect your studies and might even result to a low grade. Remember, studies first before anything else.

2. You have more time for your friends.
Choosing friends over your significant other won’t be a struggle to you. You know friends get jealous too when you don’t hang out with them anymore or forget your planned trips just because you’re giving almost all of your time to that boyfriend/girlfriend of yours. Time with your friends is way better than any relationship.

3. There’ll be no compromises.
Relationship takes two to tango, you both have to sacrifice something for your relationship to work out. But when you’re single, you don’t need to change yourself. You can only think of being a better version of yourself because you want to, not because you needed to.

4. You won’t get your heart broken.
Broken hearts are hard to heal – it’s like all the butterflies in your stomach just died. You’ll feel empty and you’ll feel like giving up. But if you’re single, you won’t ever shed a single tear for a useless guy/girl. Breakups and fights won’t be a problem, waking up on Mondays will only be the fight you’ll ever be a part of.

5. You won’t have anniversaries, valentines or birthdays to think about.
Worrying on what gift you are going to give, great places you can have your dates or unique surprises you’ll throw won’t be necessary. Let’s face it, you need a lot of budget for that. And if you’re broke, well, good luck.

6. You always have a “me time” or a time for yourself.
People in a relationship tend to spend time with their partner and forget to have even a little time for themselves. But know that having time on your own is basically what you need. Pamper yourself, you’ve been through a lot and you’re still here, alive and kickin’.

7. You can have as many guy/girl friends as you want.
Having a boyfriend/girlfriend means having limited friends with opposite gender. No boyfriend would want her girlfriend to be surrounded by boys and vice versa. So just be single and make all the guys/girls your friends.

8. You can be free.
No one will tell you what to do and what not to do. You can wear anything, go anywhere, do everything or hang out with whoever you want. You don’t have to ask permission. Explore, discover yourself and be happy. Being single means having no worries.

10. You can be the perfect third wheel.
Believe me, tagging along with a couple is a great idea. Yes, you’ll have to watch their silly romantic scenes (cuddling, holding hands, kissing) or be their photographer at times but the food and everything is free. You don’t have to spend a thing. And that’s the great idea I’m talking about.

You may be single but it doesn’t mean you’re lonely. Being single is being smart. There’ll be no worries and less drama. To be single is to be an independent strong man and woman. So be your own boss. Slay! You’re doing the right thing. Be happy. Be single! 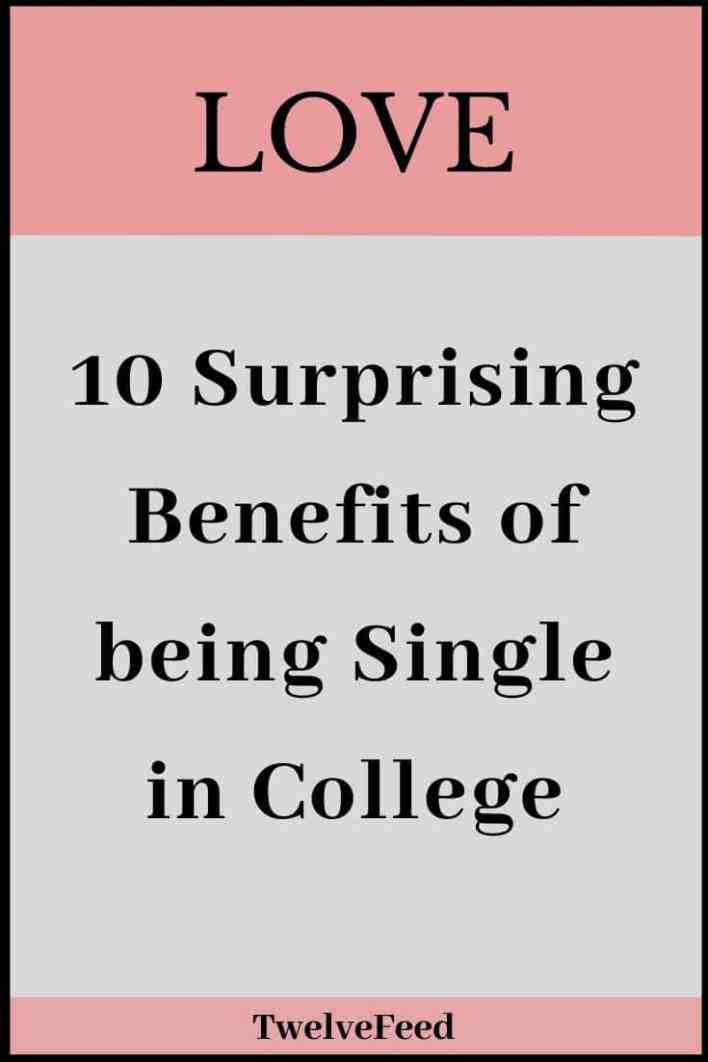 6 Awesome Ways to be the Perfect Third Wheel