She’s wild, she’s cute, and she’s adorable. One could never imagine that this creature would exist in real life. You’ll get a hint from the first look because she’ll pique your curiosity.

At first, she’ll come off as mysterious, and once you get to know her, your addiction starts. She will take you to places where she’ll teach you the subtle joys and mysteries of life. From there you’ll realize you’re starting to fall. But there’s a catch: she’s not really into relationships. Behold, the manic pixie dream girl.

What is a manic pixie dream girl?

The manic pixie dream girl is a well-known movie, and sometimes literary, stock character that found its existence in Hollywood coming-of-age romantic flicks. The word was first coined by film critic Nathan Rabin to describe Kirsten Dunst’s character in the film Elizabethtown, where he described her as:

“That bubbly, shallow cinematic creature that exists solely in the fevered imaginations of sensitive writer-directors to teach broodingly soulful young men to embrace life and its infinite mysteries and adventures.”

The manic pixie dream girl has undergone evolution through each movie that has portrayed her ever since. She is normally known as the love interest of the young, dark, and brooding male protagonist and serves to teach him vital lessons about life, before she goes on her way.

To teach – that’s what she’s here for. The manic pixie dream girl serves her purpose as a catalytic influence on the guy’s rite of passage moment from sensitive naiveté to emotional maturity. This has drawn criticism of the character as being a static, sexist portrayal of women as a mere concept and plot-advancing phase to a man’s moment when he comes of age.

Aside from the aforementioned Kirsten Dunst character, here are some of the famous movie manic pixie dream girls:

#1 Holly Golightly in Breakfast at Tiffany’s (1961) portrayed by Audrey Hepburn.

#4 Clementine Kruczynski in Eternal Sunshine of the Spotless Mind (2004) portrayed by Kate Winslet.

#5 Maggie Murdock in Love & Other Drugs (2010) portrayed by Anne Hathaway.

#6 Ramona Flowers in Scott Pilgrim vs. the World (2010) portrayed by Mary Elizabeth Winstead.

She may be a movie cliché, but I’m sure you might be thinking of someone who fits the description. It could be a friend, a co-worker you have a crush on, or a former flame. Due to her lasting influence on the movie-goer’s consciousness, the manic pixie dream girl has found its way into our plane of reality as a persona for girls who identify themselves as such.

#1 She’s acts extroverted but is secretly an introvert. Manic pixie dream girls are easily distinguishable from others by their outgoing personality. Oftentimes, you wouldn’t need to seek them out because they’ll make themselves known by standing out with their sheer friendliness.

First meetings are never a problem because she’s the type to initiate small talk with a big, cheerful “good morning.” And she’s never one to turn down an invitation for drinks, hang outs, or late night shenanigans when time allows.

However, there are moments that she seeks solace and alone time. She could go off the grid for days or even weeks, and come back like nothing ever happened, because even though she seems outgoing, she needs her dose of alone time too.

#2 She’s energetic and full of life. Always the fun-loving and adventurous type, her ultimate goal is to live her life to the fullest. Aside from working her regular day job, she still finds time for other “soulful” activities like volunteer work, playing for an underground band, attending poetry nights, and backpacking among other unconventional activities.

She’s also the type to fearlessly try new activities, and she would often invite you to join her on her latest adventure.

#3 She’s quirky and a bit eccentric. It could be the way she dresses, her food preference, or interests altogether. The manic pixie dream girl is a far cry from the regular girl, which makes her stand out.

In addition to her unique personality and idiosyncratic worldview, she displays behavior ranging from endearingly cute to overly repulsive by normal people’s standards. The shock value only serves to add humor, and it keeps you more interested in her.

#4 She’s fond of mischief. As a testament to her eccentricity, she’s always up to mischief. She will play pranks on you or on her friends just to get a reaction from you, whether it’s amusement or annoyance or anything in between. She’s also witty and a bit sarcastic, not for offense, but for comedic effect.

#5 She’s independent and values her individuality. She may be friendly by default, but there are times when she stands her ground. The manic pixie dream girl is capable of giving that “f*ck you” attitude and can disappear off your sight if you offend or mistreat her in any way.

She is a rebel against social constructs, and you need to be careful to give her the credit and respect all women deserve.

#6 She’s deep and intellectual. There are times when the conversation gets serious, and you discover that there’s more to her bubbliness and quirks. You’ll see that she has that sense of cynical realism and practicality that stems from her life experiences.

The manic pixie dream girl is also well-read, has an appreciation for music and the arts, and don’t be surprised if she mentions movies that you’ve never heard of before.

#7 She has a troubled past. It could be domestic problems, a traumatic childhood, unpopular high school days, or failed relationships. The manic pixie dream girl is not one without a flaw. She may or may not try to hide it, but you’ll discover it soon enough. Oftentimes, her oddball personality and positive attitude serves as a coping mechanism for her to move on from the past.

#8 She gives practical life advice, even if she doesn’t realize it. Same as their movie counterpart, the manic pixie dream girl of real life serves to teach a lesson by example. That lesson is to embrace life and live it to the fullest.

#9 She’s the quintessential muse. You find yourself attracted to her because of her personality. You can’t seem to explain it, but she inspires good things in you. If you’re the musical type, you tend to write songs about her. If you’re a writer, your stories will be doused with little tidbits of her personality.

Her way of life and her optimistic outlook seems to overflow with a lot of insights about yourself and the world as a whole. That is the very thing that makes you invested in her despite her shortcomings: her addictive presence in your life.

#10 She’s a free soul. She’s sweet, carefree, full of life, and everything about her seems to be perfect. One day, you wake up wanting to see her, and you fall asleep at night thinking about her. It seems that you’re falling in love, and you easily misinterpret both your activities as romantic. But beware, manic pixie dream girls are free souls.

They love life so much that they’re reluctant to tie themselves down to a relationship. If you ever manage to be with her, she’s not here to stay for long. She thinks her life is a big adventure that shouldn’t be curtailed by the monotony of a romantic relationship.

Starting off as a movie trope, the manic pixie dream girl has transformed herself into a real-life persona. Her colorful personality may be a thing of awe, but remember that she’s a real person, and not just a plot device for your life. Treat her right, and maybe she’ll be yours. Love her or hate her, she’s here to stay. 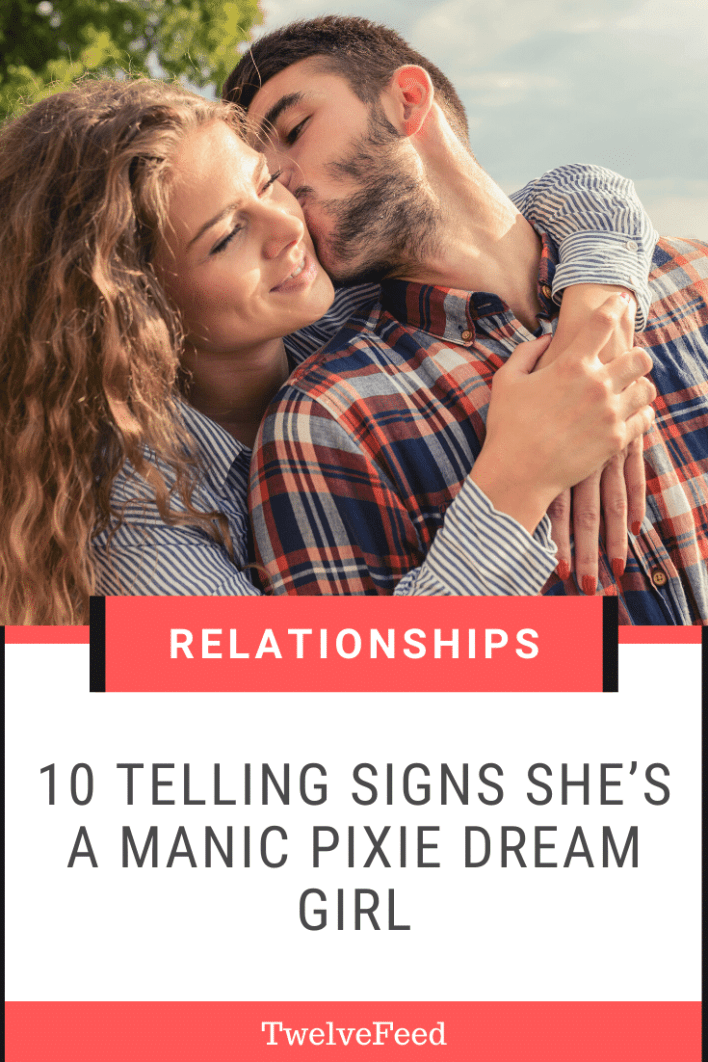 Passionate S*x – 11 Realistic Ways to Have It!