Having sex for the first time can bring up a whopping amount of anxiety and fear. This is especially true for guys because of the pressure to perform. Even though sex seems like something foreign and new, everyone starts off the same way.

With time comes experience, so don’t be too hard on yourself. Start by learning more about your body, the opposite sex, and gain as much knowledge as you can about sex in general. This will help you gain some confidence and know-how, so that you don’t end up making a total fool out of yourself.

How to fake being experienced at sex

#1 Keep it to yourself. The point of you reading this feature is to convince her that you’ve got some experience under your belt, right? So you obviously won’t tell her it’s your first time. But don’t go the opposite route by telling her that you’ve had sex with scores of other women. Men who feel the need to brag about their sexual experience only look like they’re compensating for the lack of it.

Online forums can also give you an insight into what people experienced during their first time having sex, and this will remind you that there’s really nothing to worry about.

#5 Know the basics. The basics of sex are first and foremost. Learn what turns her on, where her erogenous zones are, how her anatomy works, and how you can please her. You want to look like you’re experienced, but never so experienced that you’ve slept with thousands of women before her. Use this guide on 8 tips and tricks to give her oral sex like a pro, in case you are totally clueless in that department as well.

#6 Go slow with oral. In terms of oral sex, don’t jump into it full force, since you could hurt her or over-stimulate too fast. Start slow, and pay attention to her verbal and non-verbal cues regarding what works and what doesn’t.

Don’t be offended if she suggests you do something different, since she would know her own body better than any guy ever could. Jumping in too aggressively in an attempt to look like a pro could really make you look like you have no idea what you’re doing.

#7 Refrain from talking too much during sex. Throwing in a few manly moans is actually welcome, as it shows that you’re into it, but having full-blown conversations during sex will kill the act. Asking “how does it feel?” more than a couple of times during the same position is unwelcome. Going crazy with the moans is also turn-offish, and giving off any impression that you are surprised by any part of the act will blow your cover.

Stay cool. It’s perfectly fine to ask if she’s comfortable or if something you are doing feels good, but don’t go overboard.

#8 No post-sex interrogation. The last thing a woman is expecting after sex is an interrogation session of “was it good for you?” Proceeding to ask “was it better than the last guy?” or “what was your favorite part?” will make you scream amateur. She probably just wants to cuddle or lay there for a minute.

Don’t be overly concerned with how it was, since you will usually know by her non-verbal communication anyway. If not, you’ll know for sure if she comes around for a second time.

#9 Have impeccable hygiene. Nothing is worse than a guy who smells of body odor or has bad breath while you are both in bed together. It doesn’t make you seem experienced when you didn’t even know that showering and brushing your teeth is common courtesy before sex. Taking a shower, brushing your teeth, putting on cologne, deodorant, and clean underwear are the basics of good hygiene.

#10 Get your grooming in check. Having an ungroomed man bush down there will make you look inexperienced. Pubes that are too long just scream wild and free in the wrong ways. It’s also not always the best environment to have sex if there’s too much hair in the way. Some women may also associate extra hair with bad hygiene and find it cringe-worthy.

#11 Don’t cling after sex. It’s really easy to feel connected to someone after sex, but an experienced guy usually won’t get all clingy after sex if he’s confident about his performance. You want to mimic this quiet confidence by making her come to you, not the other way around. No obsessive phone calls or random visits. Stay in touch, but let her take care of the rest.

Girls tend to want someone with experience, but this shouldn’t scare you because it is pretty easy to fake it. Even if you missed the mark on the first try, if things went well, you have plenty of times to try again.

It is possible to fake it till you make it when it comes to sex. Even if you’re a virgin, if you follow this advice, it will be pretty hard for her to tell that you’ve never had sex before. 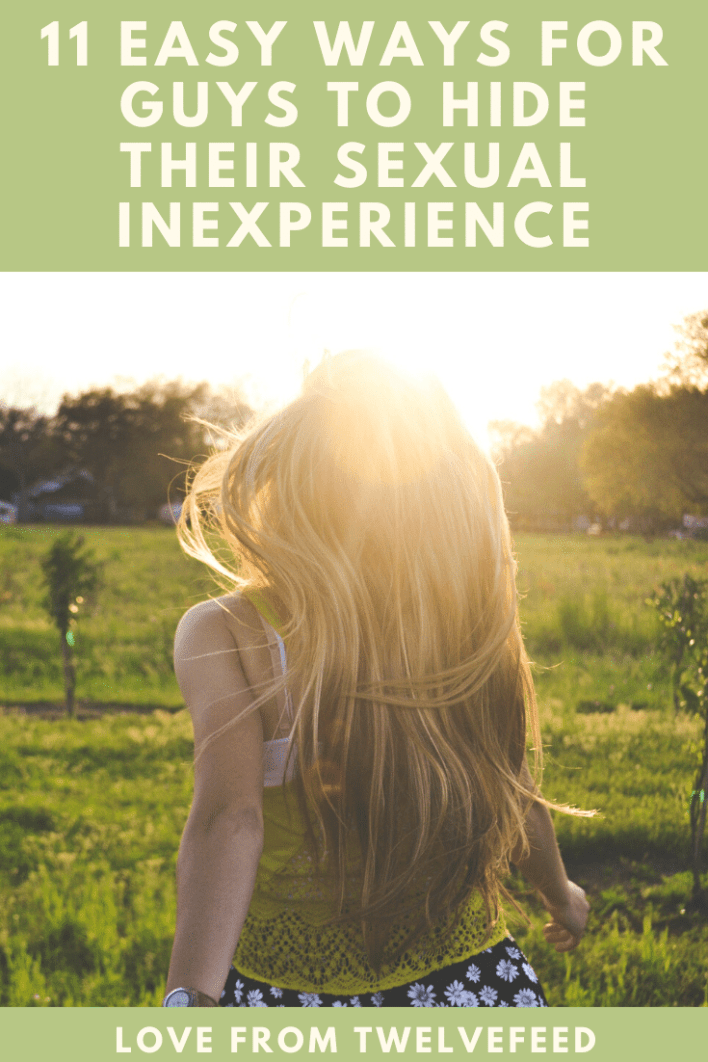 Seriously, Can Someone Please Define Monogamy?

Dealing with a Boyfriend Who’s Addicted to Video Games