People say that when your girlfriend is often jealous, it just means that she really loves you and she doesn’t want to lose you. Sounds romantic, right? Not really. The truth is, many individuals who have been in a relationship with someone who easily gets jealous can tell you that while it can be sweet and cute sometimes, too much of this can already be toxic.

If you believe that you are with someone who displays the same characteristics as an overly jealous partner, then this article is your answer.

Here are sweet and practical ways to deal with a jealous girlfriend.

1. Stay calm.
When you have a jealous girlfriend, chances are, you’ll hear nonstop questions and sometimes accusations of the things you don’t even know about. To avoid heated arguments, it’s always good to keep your head calm and try to resolve the problem without raising your voice.

It will just worsen the situation if you match your girlfriend’s energy and be angry with her for being jealous.

2. Don’t be too defensive.
Sometimes you’ll feel bad because of all the questions and accusations. You’ll feel that you haven’t done anything so it’s just right to defend yourself. This is of course, natural. However, for a girl emotionally overtaken by jealousy, this only creates the idea that you’ve done something terrible – and that’s why you’re doing your best to come clean.

The best thing to do is to remain calm and just talk to your girlfriend. Let her feel that you don’t have anything to hide and she doesn’t need to worry about anything.

3. Let her know that she is loved.
One of the many reasons why your girlfriend is being jealous is because, for her, you fail to show that you love her enough. Do things for her and shower her with your attention so there won’t be any room for jealousy.

Once your girlfriend feels secure, thanks to your genuine love and commitment towards your relationship, she won’t be thinking of being jealous of anyone or anything at all.

4. Make her feel special.
Appreciating your girlfriend often by telling her how beautiful she is or that her cooking is so good can make her feel like she’s the most extraordinary woman in the world – especially because these efforts come from the person she loves.

Sometimes, women feel jealous because they don’t feel confident or unrecognized. Your role is to make her feel that she is enough by being there for her and making her feel the most special, especially if she accomplishes something big or small.

5. Know what makes her feel jealous.
It is very important to know what’s causing the jealousy for you to be able to resolve it. Talk to each other and discuss what’s causing the problem. Not knowing the root cause of the issue can only make it worse. Don’t assume anything. Let her tell you the real reason and do your best to understand where she’s coming from.

6. Help her gain self-confidence and self-worth.
As what was mentioned above, jealousy has something to do with how your girlfriend views herself. When she doesn’t feel good about herself, don’t invalidate her feelings. Instead, encourage her to have more faith in her abilities and teach her how to be kind to herself. Teach and motivate her to do things for herself, the same things that will improve her confidence and self-worth.

Don’t dismiss her when she’s talking. Give her a chance to speak because it’s also her way to let things get out of her chest. Listen and try to understand why she feels hurt.

8. Introduce her to your family and friends.
Suspicions arise when you don’t do what normal couples do in your relationship. One example of this is introducing your girlfriend to your friends. She might feel that you’re hiding something or that you’re not proud of her because you don’t want her to be around your friends. To avoid this kind of situation, you can bring her in your meetups with friends and introduce her to your family so that she’ll feel that you want her to be a part of every aspect of your life.

9. Be proud of her and of your relationship.
As in every relationship, the people who are in it should be there for each other and be proud of each other regardless of how small the achievements are. Let your girlfriend know that you are proud of her, and do this as often as you can.

Having a stable relationship is good but make sure stability doesn’t turn into boredom. It’s still better to give your girlfriend some reassurance that you are still happy with the relationship.

10. Don’t keep secrets.
One of the many don’ts in a relationship is lying. A lie made with good motives is still a lie and can hurt your girlfriend’s feelings so better be honest before it creates a misunderstanding and turns into a bigger mess.

The best way to deal with a jealous girlfriend is to prevent arguments and this can be done by being honest with them. Don’t be too worried about yourself. If you’ve made some kind of mistake, it’s better to be honest about it than to cover it up with some lie.

11. Be patient.
Lastly, be patient. When your girlfriend asks too many questions about little things, be patient enough to answer them. Your girlfriend needs you to have all the patience you can give because she’s not being jealous for no reason. She just wants you to tell her and assure her that she is good enough and that you love her no matter what.

It takes a lot of work to make a relationship with a jealous girlfriend last a lifetime. While your efforts can go a long way, it’s also important to make your girlfriend realize that she has to do her part, too. Work on this aspect together and you’ll see great improvements in your relationship soon. 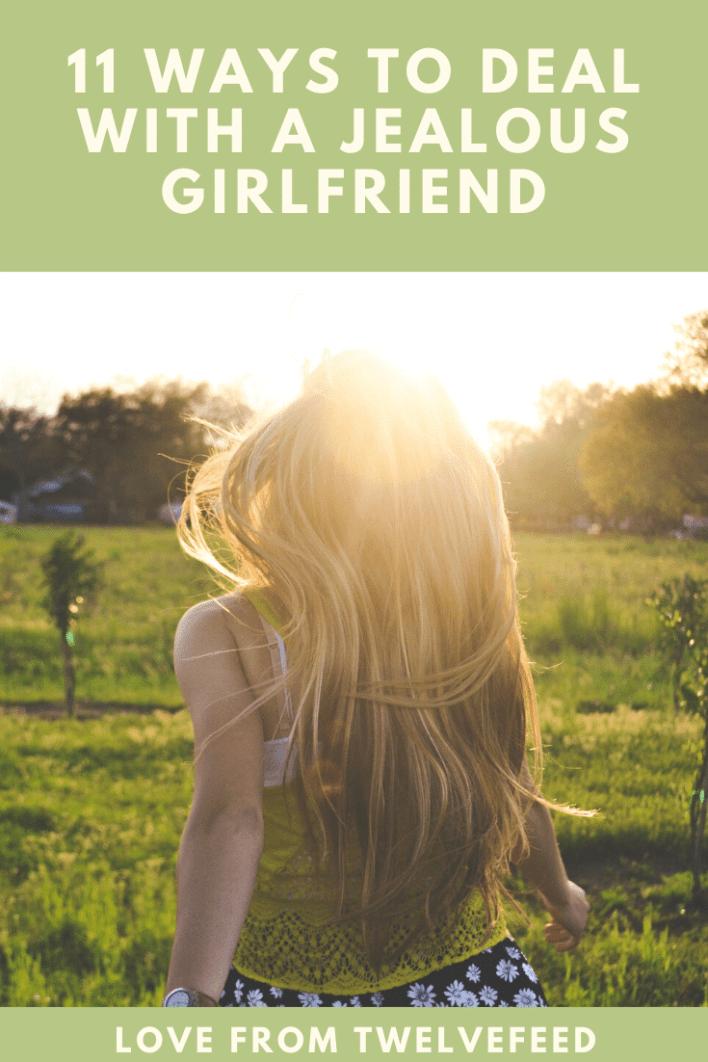 10 Ways to be Sincere in a Relationship

10 Signs Your Relationship will Not Last