Female sexuality has always been the stuff of legends, whispered amongst young boys’ a-la-Virgin Suicides or amongst teenage boys in dingy gym locker rooms. Conversations about it among young women are almost always in hushed female voices in the cramped corners of girls’ bathrooms or inside the harsh whiteness of the school clinic, after an epidemic of crabs sent a quarter of the seniors in for a prescription.

Society has treated female sexuality as some form of taboo. Seldom is it the subject of sexual education classes. If at all, it is portrayed as a mere reproductive organ, something that receives semen and gives birth, something that contracts diseases and spreads them, never as an organ of pleasure, or at least, of female pleasure.

We all know where the vagina and, hopefully, the clitoris is. Some swear to have the holy grail of female pleasure, the G-spot, but fewer still can actually find it. Here are some information about the female sexual organs that you’re just dying to ask.

#1 What is the clitoris?

The clitoris is that little nub of skin above the vulva. However, the clitoris is not just that. It is a small glans with a head and two feet that encircles the vagina. Think of an iceberg with the visible tip, and with two legs underneath giving the vaginal wall a hug. So if you’re having vaginal sex, you’re actually having a little clitoral stimulation, too.

The clitoris has about 8,000 nerve endings *twice of those found on the penis*, packed in such a small space, thus the awesome feeling during clitoral stimulation. It inflates during sexual arousal, making it easier to find. It also deflates when she orgasms, so that’s how you can know when she’s faking it or not.

The G-spot is a ridged part in the interior wall of the vagina that provides pleasure to women who have it. Named after German doctor Ernst Grà¤fenberg, the G-spot is thought to be a swollen urethral sponge, according to Beverly Whipple’s theory. However, some people say it is actually the internal structure of the clitoris. Well, whatever it is, it feels good, so have fun.

It is located about 2-3 inches inside the vagina, on the upper wall. To find it, insert your finger in her vagina, and about 2-3 inches in, do the come-hither finger gesture. If she undulates with pleasure, congratulations! You just found the Holy Grail!

It depends. According to the 2009 Indiana University National Survey of Sexual Health and Behavior, the answer depends on the age of the women in question. Between the ages of 18-24, 24% of women do it a few times a month or weekly, and 28%, a few times a year or monthly. The numbers go up as high as 35-38% of women in their 30s to 40s, but only a few times per year or monthly. On the other hand, about 7-9% of women from 18-39 ride the two-legged cowboy about 3-4 times a week.

#4 How are women turned on?

Certainly not by your dick pic! Women don’t get turned on by a disembodied body part, rather, they are turned on by the person attached to it and the way that person makes her feel. Most of the time, we get turned on by something we read or a sexy memory of that awesome thing our partner did last week, but then, the desire wanes after a few minutes.

To sustain desire, women either watch something sexy or read some racy novel, and fantasize about it. Most of the time, it’s just imagination and the memory of every awesome move and sensation a guy made us feel. So stock up on it, men, and be the hero of our fantasies.

The female orgasm and its mysteries

The female orgasm is the stuff of legends. Women crave it, and great men make it their mission to provide it. Here are some facts to help shed light to this mystery:

#1 Female orgasm, what is that?

The correct question is “What are THOSE?” There are about 4 documented types of female orgasms, and they’re all pretty achievable. Awesome, right?

– Clitoral orgasm is one that results from clitoral stimulation. With its 8,000 nerve endings, the glans clitoris is a fountain of pleasure that is sure to keep you gushing. For an even better clitoral stimulation, try not to hit the bull’s eye directly. Focus on the outlying parts first before homing in.

– Blended orgasm is a double whammy of orgasms, resulting from simultaneous arousal from vaginal penetration and clitoral stimulation. It is said to be the most powerful of female orgasms, one that she won’t easily forget.

– Multiple orgasms is the kind of orgasm that happens one after the other, with very little space in between. It’s not for every woman, only those who can tolerate being stimulated further during and after the first orgasm. However, when experienced, women swear it feels like being bombarded with wave after wave of pleasure.

#2 Nipple orgasm, is there such a thing?

It’s an orgasm brought about by nipple stimulation alone. Some women swear by having experienced it. It’s on the same league as exercise-based orgasm, where the woman gets aroused and eventually comes through exercise alone, particularly yoga and some other core exercise.

Another is the mind orgasm where women can achieve sexual pleasure by mere meditation. The common theme here is that the female mind is a powerful thing, allowing her to experience an orgasm without direct sexual contact.

And it will not be just one tidal wave. She’ll have a tidal wave of pleasure, followed by more less-powerful but still pleasurable ones. Until at last, she’ll rest, satiated and awashed by the sensual bliss dealt to her.

There are a lot of myths and speculations about female sexuality, and the only way to bring them to light is to ask questions. Ask women. Ask your partners. If they trust you, they’ll answer. If they don’t know the answer, then tag along as she explores and discovers her sexuality, with your help, of course. Have fun! 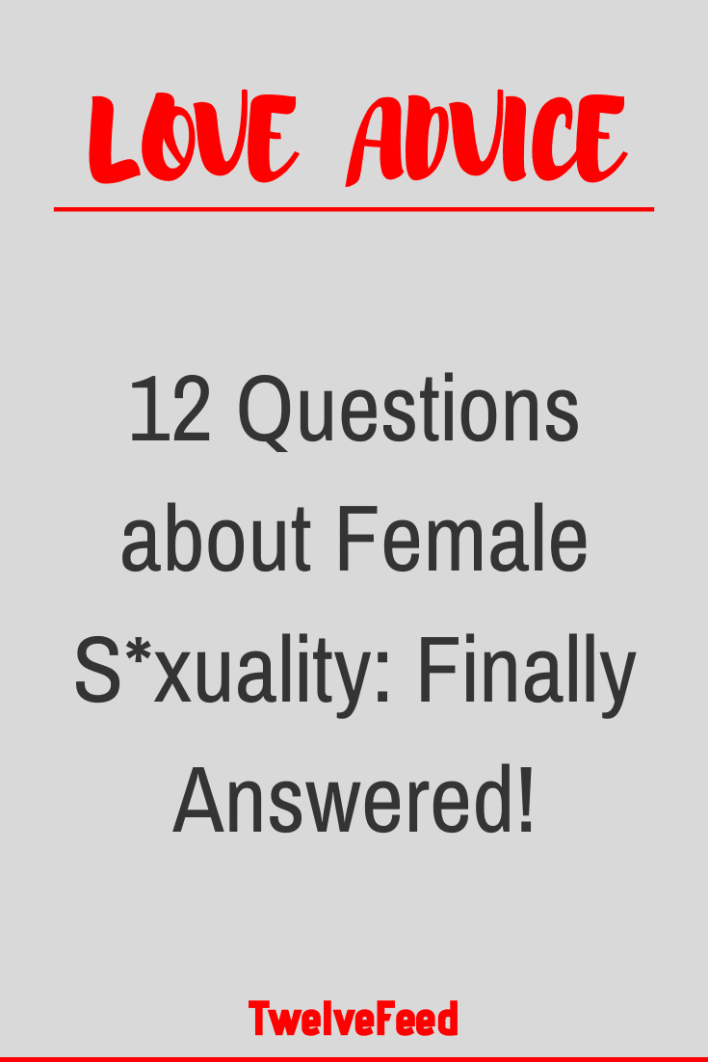 10 Relationship Hang-ups and How to Deal with Them