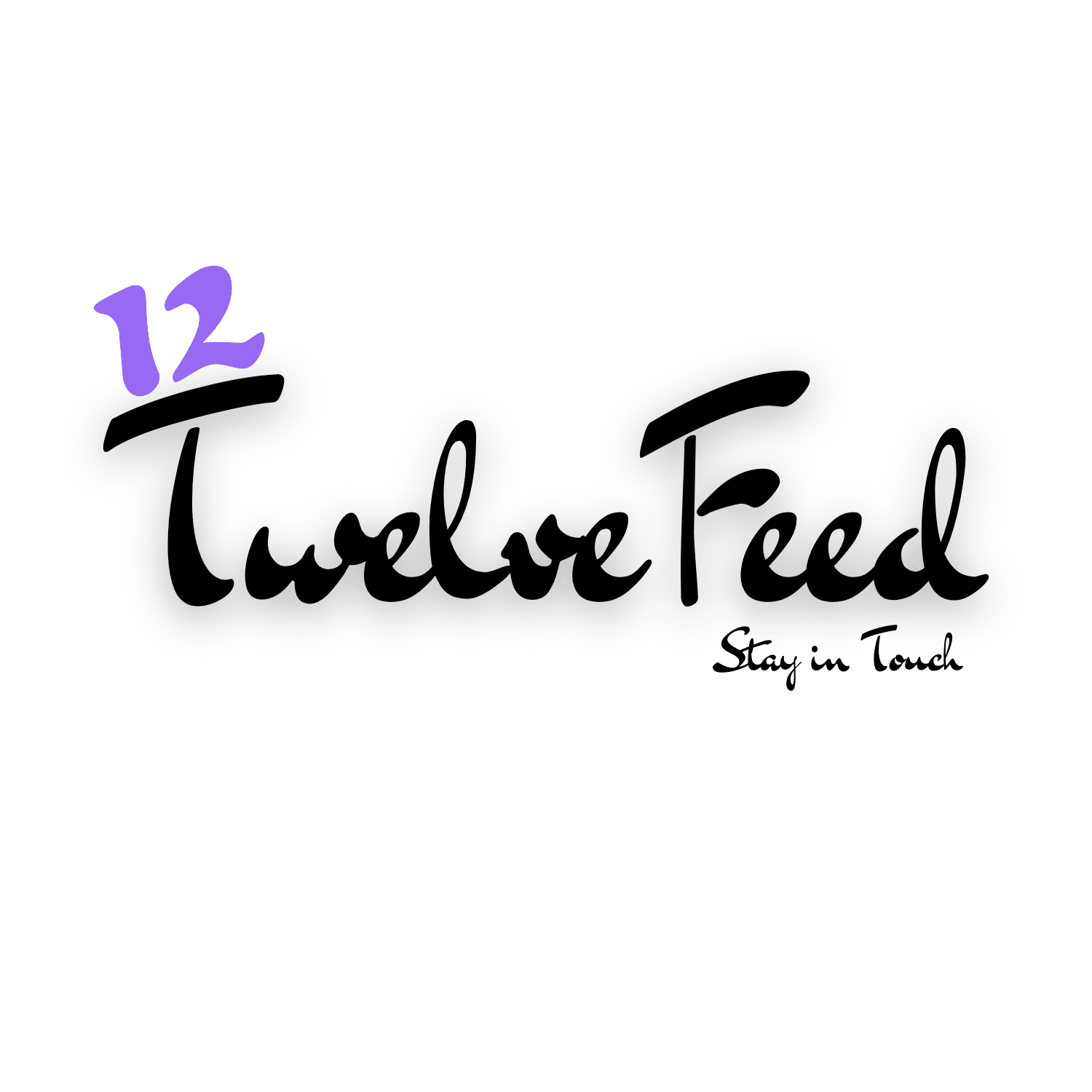 14 Things You Might Miss When An Introvert Leaves Your Life

She was always more of a listener than a talker. The kind of girl who preferred animals over most people, who would rather be an observer than the center of attention. She enjoyed the company of a few close friends rather than a large group of acquaintances. She’d recently discovered the term “processor,” used in reference to people like her, who chose to think before speaking, to use words carefully instead of thoughtlessly—to properly process a moment instead of acting impulsively. She was always the kind of girl who would fall asleep with the scent of dogeared book pages imprinted in her mind as opposed to the bitter taste of too many IPAs lingering on her tongue, tired after a long night of pretending. The kind of girl who got lost in her daydreams and found solace within a blank notebook and a pen—her heart guided by a compass composed of rose-colored glasses and wishful thinking. She always saw the good in people, even when the bad was staring her right in the face.

Though quiet, she was okay with who she was. She had finally become accepting of the way she viewed the world.

And when she met you, she was caught off guard. You were opposites, and it was good. It worked. Until it didn’t.

You wielded the word “quiet” like a sword. And she still remembers the sting of the way you said it as if it was a malady she was fighting off, her immune system her only defense against the quiet.

She tried to explain herself to you on multiple occasions: These are the differences between you and me, of introverts and extroverts.

But it became clear at one point that you believed you belonged more with the noise than the quiet. Sometimes, no matter how hard your heart beats for someone, there is still too high a wall between you, too high to scale. And that’s why she knew she had to let you go, as painful as it would be. She had finally become at peace with herself, and she was at peace with you as well, but you couldn’t be her soft place to land. She hoped you would, but you couldn’t.

And now as she flips back through the memories, through the you-shaped section of her mind, through the love and the lessons, she remembers the things you taught her. And she just hopes that maybe you were able to save some remnants of her as well. Though she’s an introvert, she’s always had plenty to say, an endless book being written inside her. And she hopes that maybe, someday, these are some of the chapters of her you might miss.

1. Maybe you’ll miss having someone to provide the balance.

The calm to your hyper, the blue to your red, the gentle to your harsh, the smooth to your abrasive.

2. Maybe you’ll miss having someone to let you know it’s okay to slow down.

To spend a lazy day hammocking near the Huron River, drifting asleep to the water’s babbles, to the stillness, with the dampness of the summer breeze gently kissing your skin and birdsong the only other sound.

3. Maybe you’ll miss having someone to tell you it’s okay to be not okay.

Sometimes the idleness—the act of filling the silence just for the sake of making sound—distracts from the truth, stacking frivolity upon frivolity until what’s real is buried, out of sight, but far from out of mind. Sometimes you have to strip down to the soundless until all that’s left are the ghosts that haunt you. But once they’re visible, they’re much easier to fight.

4. Maybe you’ll miss having someone to tell you that it’s okay to still be finding your way.

That it’s okay to not know what ground your feet will be permanently planted upon. To not know if making a living is the same thing as living a life you love and being okay with the process of discovering, of searching, of trying and failing with no time limit. Until it’s simply the time that what you’re doing finally feels right and your heart isn’t heavy with the unrelenting weight of seeking anymore, because you’ve finally found your something right in front of you, no longer missing.

5. Maybe you’ll miss having someone to tell you that it’s okay to be yourself.

It’s okay to be a half-finished painting, or even a quarter-finished, and you still deserve someone to love you even though all your colors aren’t visible yet. And the tiny flaws don’t need to be smoothed out and covered up. They were made to complement rather than detract.

6. Maybe you’ll miss having someone to beg you to let your endlessly fuzzy German Shepherd sleep on the bed sometimes.

Because animals instinctively know how to comfort, especially the one who is his whole life.

7. Maybe you’ll miss having someone to tell you that it’s okay to take a break from pushing yourself to be productive every day.

Sometimes you do more for yourself and take care of yourself the most when you’re doing nothing or little—or simply taking the time to be. To remember that you are just one human among billions, but one that needs to be cared for, to slow down, and to relish simple existence once in a while.

8. Maybe you’ll miss having someone to tell you that minimalism isn’t the answer to everything.

Reducing your life to the bare essentials doesn’t mean much if you don’t use the extra space, the emptiness, to find meaning.

9. Maybe you’ll miss having someone to tell you that it’s okay if you don’t believe in God.

It’s if you feel like He’s just a figment, an unreachable creation on which people can fixate, distracting themselves from what is real. Because there’s someone out there who believes in God for you, who knows that someone always holds you in their arms, even when you feel alone. And there’s someone who hopes you find moments where you catch a glimpse, feel a touch, or hear a whisper that points to the presence of God in the world around you—and that maybe one day you are able to recognize it.

10. Maybe you’ll miss having someone to show you that what you think you want isn’t always what you need.

That it’s okay to get lost, to be lost, as long as you keep moving. And that sometimes the answers to everything you’re searching for lie undiscovered in the quiet, not in the noise. A lighthouse pointing you in the right direction, a sight finally revealed after the thunder dwindles and the lightning fades.

11. Maybe you’ll miss having someone to show you that quiet people are often the ones with the deepest depths.

12. Maybe you’ll miss having someone by your side, walking next to you on a San Diego beach and counting the colors in the sunset.

Or someone to cuddle up with wild pigs on a blistering day in Exuma, as if basking in the Caribbean sun with one too many Goombay Smashes sloshing in your belly is the only care you have in the world. Because at that time, it was, and it was a good thing.

13. Maybe you’ll miss having someone to always be proud of you and noticing even the tiniest of impacts you have made in the world.

Because even though you might think you have to move mountains to make a change, you don’t. The day-to-day steps you take to become a better human is more than enough.

14. Maybe you’ll miss having someone to help you remember to stop overlooking the overlooked.

To notice the unnoticed. To pause and truly take a moment to breathe in life and all its often-forgotten small beauties. A fourth birthday call from your grandma, whose failing memory did not remind her that she previously called you three times already, wishing her favorite grandson a great day. A card game with your parents, a reminder of your childhood days in Seattle. A humid hike up the northern Michigan sand dunes and the refreshing taste of your favorite ice cream. A road trip ending in dog hair all over your car. The feeling of freshly sharpened hockey skates gliding seamlessly across the ice. And just the messiness of life. The unknowing, and the things you learn along the journey. And the people you meet, and the people who love you, even when they leave. And the memories that flood back into your mind at night, when you lie in your bed and soak in the quiet.

The 13 virtues of a truly perfect woman

10 mistakes not to make on your first date