The age-old question of determining whether a woman likes a man is one that has been asked since the beginning of time. Despite all this time, men still haven’t figured out when it’s okay to make a move and when they need to back off. A majority of the male population either makes a move too early or too late. Sure, there are some Alpha pros out there who are stars at the game but generally speaking, most men bugger it up.

I know that it would be far simpler if the world functioned based on a straightforward standard. You like me, I like you. Let’s go make out and make lots of babies. Well, too bad, it doesn’t work that way. Nowadays, it’s all about the chase and the challenge of trying to figure out what women want. It frustrates you guys just as much as it frustrates us women but hey, we didn’t make the rules.

15 body language cues guys need to watch out for

And as a woman who thoroughly enjoys the game, here are 15 body language cues we females give away if we like you.

#2 Gets closer. Women don’t try to get up close and personal with people they don’t like, so if you sense her creeping into your personal space, that’s a definite clue that she likes you.

She will tease you and get close enough that you’re almost touching, then pull away, highlighting the obvious void between you. She’ll also make an effort to sit or stand next to you and find little excuses to engage you in conversation so that she can get close.

#3 Gets physical. Similar to the point above, women only touch people they like. Come to think of it, this is the case for everyone on planet Earth. If she starts getting physical with you, you can be sure that she is showing interest.

Take note of little cues like briefly placing her hand on your knee, touching your arm, lightly touching you when she laughs and so on. Any form of contact is good, even one that is accidental because you can’t put it past her to ‘accidentally’ brush up against you just so she can touch your abs. [Read: The subtle art of flirting by touch and arousing a girl]

#4 Smiles more. Smiling is one of the top indicators when trying to figure out if a girl likes you. This simply means she enjoys your company and doesn’t mind having you around. Take note of how she reacts to others. If she smiles just as widely and as often, then you may have to look out for other cues of interest. But if you’re certain that she’s treating you to a bulk of her smiles, you have it in the bag.

#5 Focuses on you. It is basic politesse to focus on the other person when having a conversation and although this is an unspoken rule, not many people pay attention to it. I’m sure that you’ve had to deal with rude conversationalists who glance around the room, check their phones and watches and look downright bored mid conversation.

Well, if the girl you like does this, it’s obvious she’s not interested. However, if she’s fixated on you no matter what you say, you can be sure she’s keen. I’ve feigned interest in many topics just so I could carry on a conversation with a hottie and I can guarantee that I’m not the only one! [Read: 12 obvious signs she really wants you to ask her out]

#6 Looks at your lips. If she looks at your lips more than once, she’s definitely interested. I can guarantee that she’s imagining those lips on hers and evaluating their thickness and ability to please her mouth. If her eyes dart to your lips often enough for you to notice, trust me when I say that she’s checking you out.

#7 Draws attention to her lips. Once she checks out your lips, there’s a good chance she’ll imagine them on hers, which will inadvertently lead her to draw attention to them. Take note of seemingly mindless moves like reapplying her lipstick, biting her bottom lip, running her fingers across her lips and so on. The moment she starts drawing attention to that area, you’ll know that she’s interested. [Read: 10 clearly noticeable signs of body language attraction]

#8 Cocks her brow. This is a relatively grey area but definitely worth looking into. I call it a grey area because a girl cocking her brow doesn’t necessarily indicate that she likes you. This action has to be coupled with something else. For example, a cocked eyebrow and a smile has you in the clear but a cocked brow with pursed lips should be sign that you should run for the hills.

#9 Arms by her side. So long as she has her arms by her side, you have a way in. This indicates openness and willingness to participate in the moment. If she crosses her arms, you can be sure that she’s absentmindedly protecting herself against your pursuits, so lay off. [Read: 10 clear signs you should back off when you’re pursuing a girl]

#10 Leans in to you. If she leans in toward you, especially when there’s no need to, she likes you. An example is when she leans in close under the pretense of not being able to hear what you’re saying.

#11 Flips her hair. When a woman plays with her hair, she’s flirting without even realizing it. Look for signs that include running her fingers through her hair, twirling a lock around her finger, flipping her hair back and so on.

#14 Bats her eyes. Yes, a woman batting her eyelashes at a man may be a stereotypical sign that she’s flirting but hey, it’s not classified as a stereotype for nothing. Be sure to know the difference between a flirtatious bat and an I’ve-got-something-in-my-eye bat.

#15 Upturned palms. Another cue that she’s interested in you is when you see her open upturned palms. This shows openness and willingness to engage you further whereas clenched fists are a big no-no.

Keep in mind that you’re going to have to chalk up several of the aforementioned signs before being sure that a woman likes you. One or two isn’t enough to justify you making a move.

But remember, women crave attention and adore the chase. So be sure not to leap in too early unless you want to be shot down. There’s no harm in letting her work a little to prove that she likes you. Trust me. 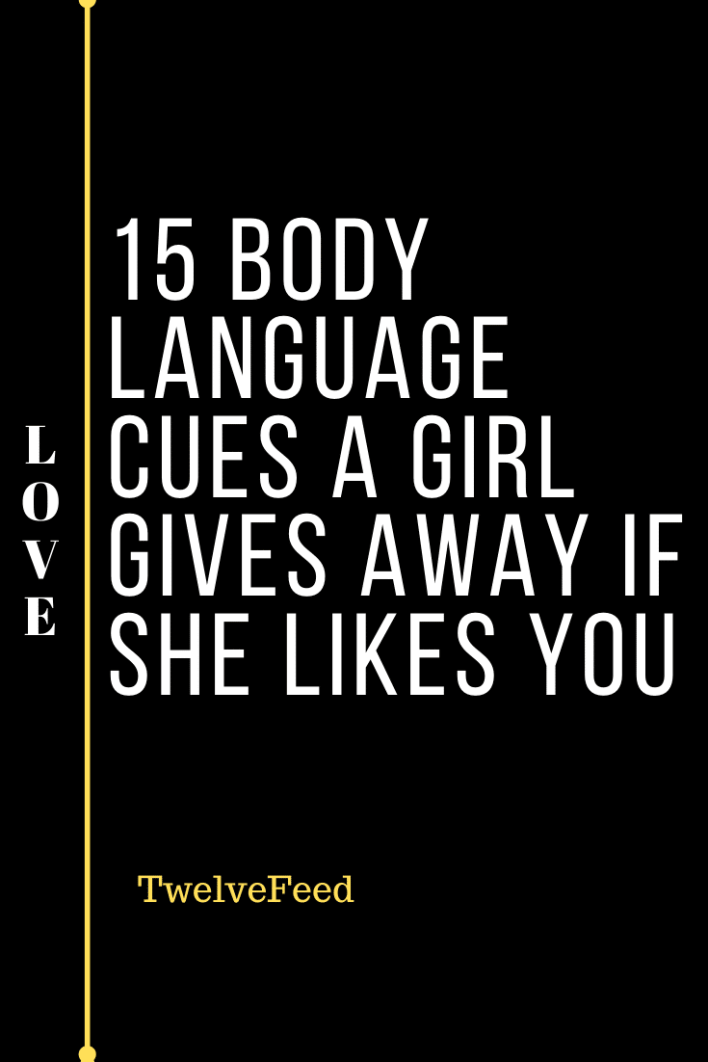 Wedding Flowers by the Seasons – 20 Types to Pick From

8 Flirting Moves You Can Learn from Famous Movies