We’ve all been there—the yelling over the phone, the essay long texts, the final “it’s over” sentence, and then the immediate “I’m independent” vibe that proudly comes along after it. But, after giving it five minutes, they realize they made a mistake and want you back. But no, they can’t call you, that would mean they lost this battle. So these are the signs your ex wants you back but won’t admit it .

Do they want you back? Signs your ex wants you back but won’t admit it

Yeah, I know all about it. Pride is one hell of a drug, and it doesn’t make things much better at the end of the day. If you’ve been dumped, you’re probably thinking your ex is living the life, but that’s probably not the case.

They’re probably realizing how lonely they are and that they made a huge mistake. Will they admit it? Well, not right now at least. But, you know, there are ways you can tell if they want you back.

Trust me, they always come back… unless you were a real asshole, then they ain’t.

#1 They’re still angry. You’re still getting those “f*ck you” text messages and the angry phone calls. If someone was really content with how things went, they wouldn’t be harassing you with angry messages. There would be no need. If your ex isn’t being the nicest person to you, it’s because they’re hurt.

#2 They moved on super quickly. You just broke up last week, and they’re already dating someone they just met last night at the club. People can be funny. I mean, this is so obvious that they’re trying to mask the pain by literally flopping into another relationship. They haven’t moved on and when someone does that, they never move on.

#3 Overcompensation on social media. They go out every night, the pictures of them drinking beer and laughing overflow on Facebook. It makes me sick, but only because this is my go-to move. I know, how depressing, but I need to show them that I’m having an amazing time without them… as I cry inside.

#4 Public depression. They look a little dirty, their hair is getting longer, maybe they haven’t shaved in a while. And it’s not because they’re trying to adopt the grunge look. If your ex is looking like they’ve let themselves go, it’s because they have. Why? Because they finally realized they’re an idiot.

#5 They stay out of the limelight. All of a sudden, they’re nowhere to be seen. They’re not posting on Facebook, they’re not liking your photos on Instagram—nothing. They’re hurting pretty bad. I mean, to completely remove yourself from social media and going out means you’re really suffering.

#6 They do a “checking up” call. You broke up not too long ago, but they’re just texting you to see how you’re handling it. You know, making sure you’re not devastated and spending your days bawling in front of the TV. Ironically, that’s probably them. Their “are you okay?” phone call is a great way to see that they’re clearly not.

#7 They make their friends spy on you. Sure, they may be your friends too, but don’t think for one minute that they’re not informing your ex on what and how you’re doing. They may be at the same house party as you or in the same class. They’re reporting back to your ex.

#8 They’re jealous. They run into you while you’re talking to someone from the opposite gender. Ooo, you see their face getting heated and red. They’re fuming inside. Jealousy isn’t pretty, but, it sure lets you know what they’re really thinking.

#9 The infamous drunk dial. So, they can’t admit that they f*cked up to you sober, but while they’re drunk, the words just come pouring out. The infamous and regretful drunk dial is the most reliable way of really seeing how they feel about you. Remember, a drunk person’s thought is a sober person’s words. 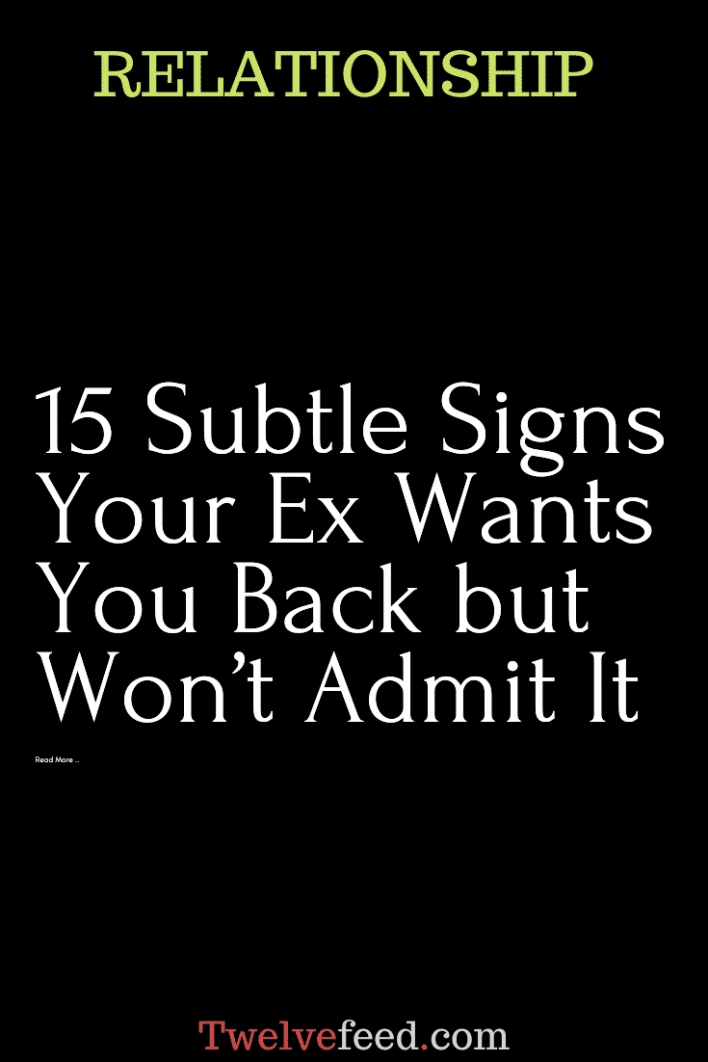