Ashley Benson is the “pretty little liar” that we grew to love for seven seasons on the show Pretty Little Liars between 2010 and 2017. She played the role of Hannah Marin and helped contribute to the popularity of the hit teen TV drama. She also starred on Ravenswood, Spring Breakers, and Bring It On: In It To Win It.

Cara Delevingne is a gorgeous model who walks runways with the likes of Kendall Jenner, Gigi Hadid, and Karlie Kloss! Aside from modeling on the best fashion runways, she has also done a bit of acting. Some of her movies include Suicide Squad, Paper Towns, and Valerian and The City of a Thousand Planets.

When Ashley Benson and Cara Delevingne revealed that they were dating each other, both of their fan groups went into a frenzy! Everybody has been really happy for them and we hope that their relationship lasts forever.

20. Cara Feels Like The ‘Luckiest Girl In The World’

Cara Delevingne has described herself as being the “luckiest girl in the world” with Ashley Benson! The two of them seem to make each other very happy. They spent a large portion of the relationship keeping things very much on the down-low, but nowadays they are much more vocal about their love for each other.

19. Cara And Ashley Were Spotted With Engagement Rings In July 2019

In July 2019, Cara and Ashley were spotted wearing engagement rings on their ring fingers! It was a big deal! Speculation brewed that the two of them were either engaged or married! Neither of them ever confirmed or denied the rumors so things are still left up for speculation at this point.

18. Cara’s Nickname For Ashley Is “Sprinkles”

Cara called Ashley “Sprinkles” in front of a large audience and it was absolutely adorable! Having sweet nicknames and pet names for your significant other is a great way to bond and grow closer. It is very obvious that these two girls are very close and very much in love.

17. The Couple Was Spotted Carrying A $400 Intimacy Bench Into Their Home

Paparazzi caught Cara and Ashley carrying a $400 intimacy bench into their home on a hot summer day! They probably did not want the world to see what they had purchased but this picture has circulated around the web already enough for everyone to know exactly what they are into, inside the bedroom.

16. Cara And Ashley Clapped Back At Social Media Trolls

Cara and Ashley have had to deal with their fair share of haters and trolls on the Internet for the simple fact that they are in a same-sex relationship. They have no problem standing up for themselves against hostile trolls on social media. They clapped back at some homophobic haters online without any hesitation.

15. Ashley And Cara Were Too Distracted With PDA To Pay Attention To Serena Williams’ Tennis Match

At Serena Williams’ tennis match at the 2019 US open last September, Cara Delevingne and Ashley Benson had no problem showing each other the most affection and love while they were in the audience! They were possibly too busy paying attention to each other to pay attention to the match.

14. Cara Describes The Relationship As Sacred

Cara has been pretty vocal about her feelings when it comes to her romantic relationship with Ashley Benson. She has described the relationship as sacred and she explained why they chose to keep their relationship so private when it first got started. The fact that it is sacred made them want to treasure it more.

13. August 2019 Reports Of A Vegas Wedding Were Untrue

In August 2019, reports about Ashley Benson and Cara Delevingne getting married in Vegas spread like wildfire! Everyone thought that they had tied the knot in secret but in reality, they didn’t get married at all. They just took a regular trip to Las Vegas to have a little bit of vacation fun.

Every love story has to start somewhere and the love story between Ashley Benson and Cara Delevingne started on the set of the drama “Her Smile”. If they hadn’t both been involved in this film, they might never have crossed paths in the way they did and fallen in love in the way that they have.

10. Ashley And Cara Have Matching Tattoos

9. Ashley And Cara Spent Time In Paris Together A Few Times

Pictured here, we can see the lovely couple walking through Paris together. Cara is a professional model but Ashley looks as if she could be a runway model as well! The two of these beautiful women look like they could take over the world and easily take the world by storm with how fashionable they are.

Ashley Benson supports Cara Delevingne when it comes to Cara’s modeling. Ashley is often spotted in the audience at Cara’s fashion shows giving her girlfriend love and support from the sidelines! Everyone deserves to be with someone who cheers them on and supports them in their endeavors.

7. The Couple Spent Christmas Together In London

The gorgeous couple spent Christmas in London together! How romantic is that? London is where Cara Delevingne’s family is from so it makes sense for the two of them to spend time during the holidays around extended family members who love them and want to see them happy.

In 2018, Cara Delevingne posted a very cryptic Instagram picture with a teardrop on her cheek. The picture caused a lot of fans to question if the relationship had fallen apart or not. Cara and Ashley were spotted together after this picture was posted leaving us to believe that they didn’t actually break up.

4. Cara Posted And Deleted A Breakup Tweet… But It Was Fake

3. Ashley Confirmed That She And Cara Are Still Together

Breakup rumors have been swirling through the media about Ashley Benson and Cara Delevingne’s relationship falling apart. Ashley recently just confirmed that she and Cara are still together with the simple word “Nope” when a fan asked if she and Cara had broken up!

2. Ashley And Cara Have Similar Taste In Fashion

Sometimes we see Ashley Benson and Cara Delevingne wearing clothing that looks totally different from each other! But most times, like the time pictured here, we see them rocking outfits that are of a very similar vibe. They seem to be on the same wavelength when it comes to everything– Including fashion.

Cara called Ashley “a very special woman” and it was pretty much the sweetest thing ever. When people that are in relationships are able to openly speak about the person they are dating with so much candid love and affection, it speaks volumes about the levels of romance and happiness the relationship has. 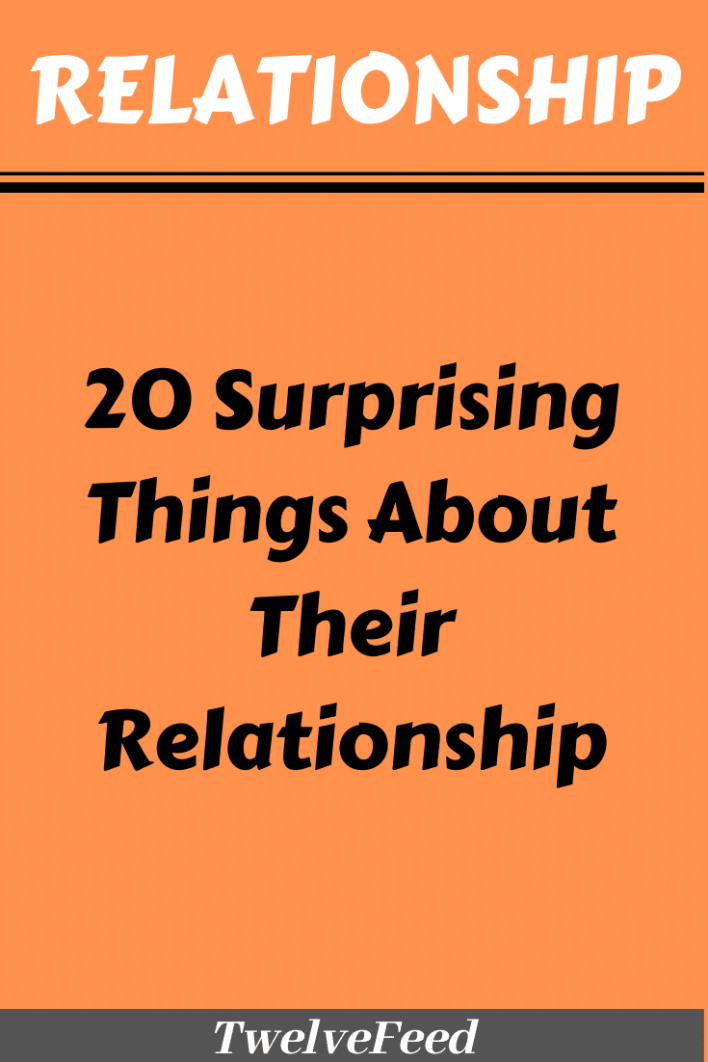