The romantic movie, and the rom-com in particular, has earned itself real respect in the modern entertainment universe. And there are so many modern classics to choose from: Sleepless in Seattle, Notting Hill, Maid in Manhattan, Music and Lyrics, Love Actually, When Harry Met Sally… the list is seemingly endless. But if you’re one of those people who doesn’t mind a little bit of romance, yet finds the full-on approach a little too much to handle, there are less sickly sweet options on offer.

The following list of twenty collates just a few of those movies that may not, for all intents and purposes, seem to contain any romantic content, but if you look carefully, you will find it there. [Read: The step-by-step guide to build sexual chemistry while watching a movie together]

#1 Gladiator. Yes, I am referring to the historical epic starring Russell Crowe. It might be full of swords, slaughter, and mayhem, but his dedication to his murdered wife, who he aspires to meet in the afterlife after avenging her first, is truly moving.

#2 Slumdog Millionaire. What can I say about this wonderful film that hasn’t already been said? Promoted as a rags to riches story of a young Mumbai slum dweller, it also contains some of the most poignantly romantic moments ever as he searches for, locates, and rescues one of the girls he grew up with from her adult prison of circumstance.

#3 Seven Samurai. Kurosawa’s classic might be more of a western with swords than a romantic movie, but the developing romance between the young innocent samurai and the villager’s daughter is beyond sweet. [Read: 10 things about dating an old 80s teen movie can teach you]

#4 Wall-E. They might be robots and it might be a cartoon, but when sparks fly between the goofy Wall-E and the sophisticated EVE, the romance is simply undeniable.

#5 Shawshank Redemption. Ostensibly, this film is all about the platonic relationship between two inmates of Shawshank prison, but it is Andy Dufresne’s refusal to wrongly admit to his wife’s murder, after having loved and adored her so much, that provides one significantly romantic twist to this tale. And yes, of course, there’s also the platonic bromance that keeps the story warm all throughout! [Read: 15 best feel-good movies when you’re feeling down]

#6 King Kong. Whether it’s the original or any of the newer ones, it doesn’t matter which version you watch. The relationship between the film’s titular character and the main female role is legendary – the true ‘Beauty and the Beast’ story.

#7 The 40-Year Old Virgin. The main character’s relationship with the E-Bay saleswoman is comedy gold at every turn. It is, however, also incredibly sweet, and really turns the typical male/female romantic relationship entirely on its head.

#8 Avengers: Age of Ultron. I’m sure there’ll be a few sniggers at this one, but the burgeoning relationship between Black Widow and the Hulk is surely worthy of a goofy smile or two. [Read: How to plan an exciting and romantic evening when you’re broke]

#9 The Life of Brian. Monty Python’s classic comedy film is irreverent, silly, and supremely hilarious, but the story of a man who accidentally achieves sainthood on his quest to impress the female object of his affections is humanly heartwarming.

#10 Grosse Pointe Blank. An assassin goes to his high school reunion and attempts to woo a former sweetheart whilst dodging bullets and returning them with equal fervor. Unorthodox, but romantic nonetheless.

#11 Forgetting Sarah Marshall. There are moments in this film where it seems like every scene is yet another excuse for the lead male actor to get his tackle out. That said, his quest to pursue his ex-girlfriend to the other side of Hawaii and his desperately comedic efforts to impress her are softened by a credible romance with the resort’s receptionist. [Read: 30 famous movie lines you can use to woo anyone!]

#12 Edward Scissorhands. Johnny Depp’s misunderstood scissor-handed freak and the romance that blooms with the young female he encounters is actually one of cinema’s sweetest. This is definitely one to watch for those with a soft spot for life’s losers.

#13 Star Wars. What do you mean, Star Wars isn’t romantic?! Putting aside Luke’s more cringeworthy moments with his sister, the clash of personalities and love-hate relationship between Han Solo and Princess Leia is about as classic a Hollywood romance as you get.

#14 Shaun of the Dead. This brilliant spoof on the zombie movie is also a classic romance. TV salesman Shaun is a perennial loser whose girl has given up on him. But come the zombie apocalypse, his true character shines through, and he wins her back with a heavy dose of decisiveness and heroism. [Read: 10 movies that both guys and girls will definitely enjoy watching together]

#15 Avatar. It might be an action film, and it might be all sci-fi and 3D, but the earth soldier’s romantic relationship with the 8-foot-tall blue giantess from another planet is pure magic.

#16 Ted. Though Ted is a foul mouthed, misogynistic, and divinely animated teddy bear, his best buddy’s efforts to keep his significant other in that role is real romance at its best. This movie is all the better for its grit and worldly awareness.

#17 Spirited Away. The second animated film on the list, Spirited Away is a charming tale of a young girl trapped in the spirit world. However, with the help of a spirit prince, she manages to escape back to the real world with her parents, and the puppy love relationship she develops for her savior is utterly heartwarming. [Read: 8 really famous movies that teach terrible lessons about love]

#18 Mulholland Drive. David Lynch is known more for people talking backwards and one-eyed women hugging logs than he is for romance. But the king of the surreal creates a slightly obsession fueled romance between the two female leads that is simply mesmerizing.

#19 The Last Samurai. There are two samurai movies on this list, and this one again sits firmly within action territory. It is the burgeoning relationship between Tom Cruise’s American cavalryman and the wife of the samurai he killed that provides the romance – and it works really well. [Read: 11 date night movies to get your partner in the mood]

#20 Om Shanti Om. This 2007 Bollywood movie is the last on the list, but definitely not least. I imagine that anyone who’s ever seen the film will wonder why it’s been included – as it was sold as a romantic film from the very start. Well, unfortunately, the West seems to be intent on approaching Indian cinema with a derisive attitude that does no justice to its unparalleled joy and love for life.

The surprise for anyone who has previously maintained such an attitude towards Bollywood is the sheer magic of the romantic plot. Full of high drama, tragedy, beauty, color, and amazing musical numbers, it is an utter joy to behold.

A movie doesn’t have to be all wet kisses and wistful looks to be romantic. If you think that some of these choices are about as romantic as a wet weekend in the mid-Atlantic, then try watching them again – you may just be surprised. 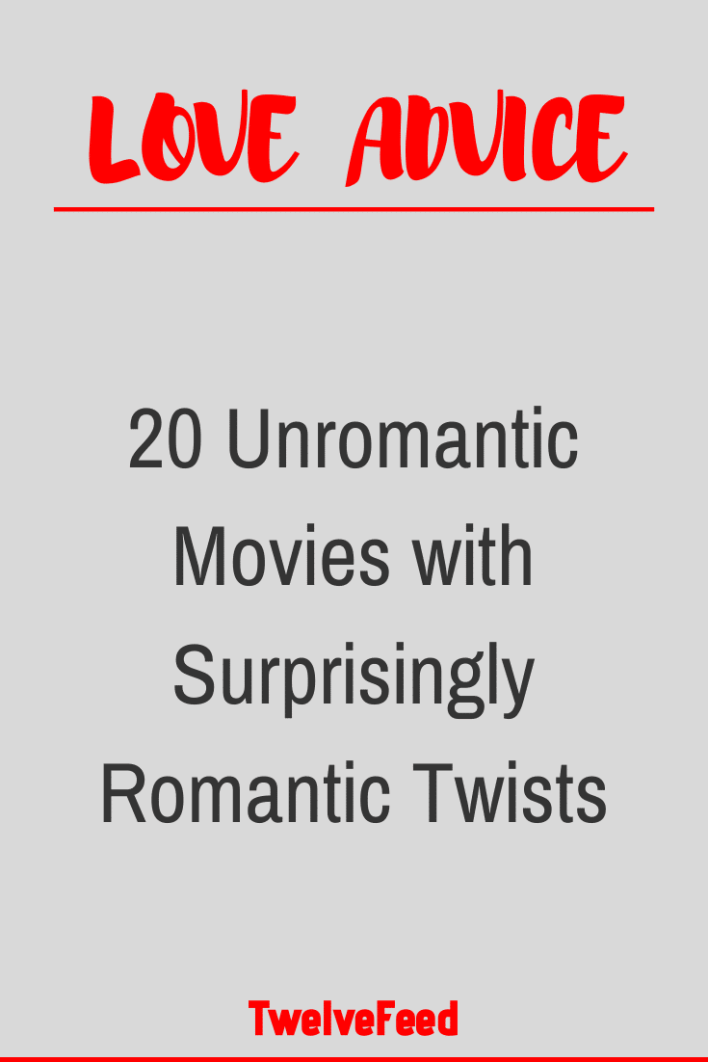 Fellas, This is Why You’ve Never had a Girlfriend

How's your Zodiac Signs During Quarantine