Sometimes, it can be difficult to communicate our thoughts and feelings with a guy. It may seem as if everything you say to him is going in one ear and out the other. The reality is that guys communicate in a simple and logical way. When it comes to communicating with a guy, it is essential to say exactly what you mean.

Guys do not require codes or hints when it comes to communication. Most of the time, they are open to hearing you out. The problem lies in women assuming that he is ignoring you or he is not open to what you have to say. Maybe it’s your approach that can use some tweaking.

What may seem like a typical conversation to you may make your guy feel like it’s a lecture, some form of criticism, or worse, a trick question that he has no way of ever answering properly. Before you know it, miscommunication ensues, and you’re both simmering with frustration at each other. [Read: The secrets to effective communication in a relationship]

How to get him to understand you

Here are a couple of ways you can get your guy to listen to what you have to say, so you can kiss miscommunication goodbye!

#1 Keep it simple. We sometimes get so caught up in our feelings that we have trouble expressing our thoughts. The best thing to do is to keep it simple. Think about what you are truly feeling, and what you want to express to him. That way, you will be able to convey how you feel without all the added stress.

Take a moment to simplify what you want to say by identifying the key aspects of what you want to communicate. For instance, if you are feeling neglected, then just say it, and then give an example as to what he does to make you feel that way. Guys like it when you pinpoint the main issue, so that a solution can quickly be implemented.

#2 Say what you mean. Say what you mean, and mean what you say. This is such an old yet relevant saying when it comes to communicating. Guys usually just want you to be honest about what you want. Instead of saying you are fine when you are obviously upset, say that you’re actually upset, and explain why you’re feeling that way. If you say you’re fine, then he will take that and run with it

I know it can be hard to admit that you’re upset without feeling like you’re asking for pity, but trust me when I say that guys want you to spell out your feelings to them, so they can find some way to help you resolve it. [Read: How to build trust in your relationship and make it last]

#3 Allow your emotions to subside before speaking. This means no hysterics! Guys never respond well to emotionally charged conversations. When you allow emotions to lead instead of being logical, whatever you say will make him upset, confused, or just downright irritated. Also, when emotions lead, you tend to say things you do not mean. Be patient with the process of allowing your emotions to settle down, then go into the discussion with an open mind and a calm demeanor.

#4 Be straightforward. Guys love it when you straight up ask or say what it is you want or need. Stop with the passive-aggressive behavior because that never works. You may have heard this before, but guys are not mind readers. They’re not likely to pick up hints or subtle cues.

#5 Do not assume, just ask. Assumptions are the root of misunderstandings. When you assume he feels a certain way, that’s when you let your overthinking get the best of you. And aren’t women the experts when it comes to scrutinizing every single word, every emoticon, every tone, every whatever?

But hear this: men hardly ever add subtle hints when they’re telling you something. That’s something women are likely to do, but not men. So when you assume that he’s mad at you simply because there’s no emoji in his text, you’ve probably got it all wrong. But if you need the reassurance, do him a favor and ask before you start overanalyzing! [Read: Signs your overanalyzing is sabotaging your relationship]

#6 Understand that guys communicate differently. Guys tend to be less vocal than women, which makes communicating with them more effective when you keep things simple and honest. Guys believe the purpose of communicating is to find a solution to a problem or to gain an understanding with someone. They tend to listen, then respond when they feel it is appropriate to do so, without all of the dramatics. [Read: 23 must-know relationship advice for women]

Try to keep the differences between the way guys and girls communicate in mind. Most guys will listen with the intent of logic first, and most girls will communicate from an emotional standpoint. If you really want to be heard and understood by him, speak his language. You have a better chance of effectively conveying your opinions when you are aware of the type of communicator you are speaking with. Guys are not that complex to communicate with, so just keep it simple.

In a nutshell, men usually communicate to get informed or arrive at a solution, while women often communicate to express their thoughts and feelings. So the next time you want your man to understand you, tone down the emotions and simplify your statements as much as you can. 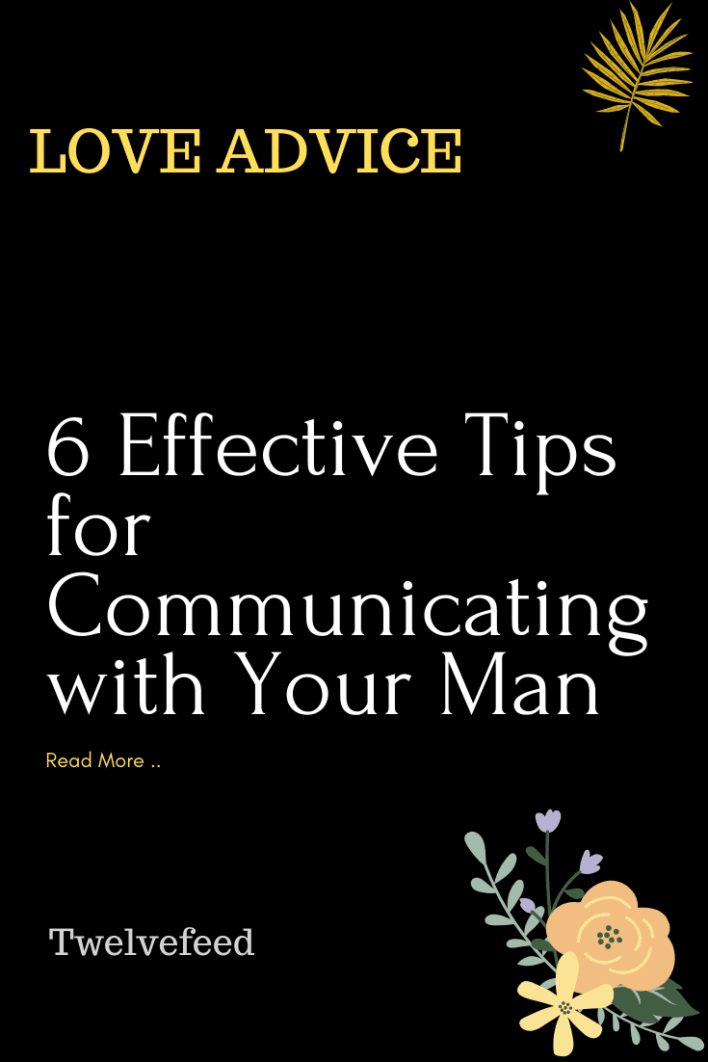