It’s really important that the both of you respect each other, if not then you might want to assess or ask yourself what’s wrong… or what’s lacking. So, here are 10 ways to make your girlfriend respect you.

1. Respect yourself.
Respect must come from yourself first. You will learn how to believe and not doubt someone if you apply it to your own life. If she sees that you don’t care about yourself, she will eventually not respect you. How can you expect someone to give something that you don’t even give to yourself?

2. Be more independent.
Being independent is one of the really effective ways to make your girlfriend respect you. Standing firm on your decisions in life and not merely relying on the opinion of others is the way to do it. It shows signs of maturity which is good if you are in a relationship. It can also show that how committed and serious you are in your relationship.

Men are expected to be strong even when times get hard, so complaining and whining like a kid about how life is tough is a big turn off to your partner. Don’t get me wrong, it’s okay to vent out your frustrations to her but don’t overdo it. It’s expected that no matter how hard the situation is, men can still keep their composure and find possible solutions to the problem. The stronger you are as a man and a boyfriend to your partner, the more admiration, and respect you’ll receive from your partner.

3. Keep your word.
When you do not keep your promises, she loses her trust from you let alone respect you. If you said that you would do something or promised to take her out, fulfill it. When you always do what you promised it shows your integrity and your worthiness to be respected, your girlfriend will surely respect you for showing that kind of values.

ALSO READ: 16 Ways to Make Your Girlfriend Trust You More

4. Respect her even when she’s not around.
Respect should not end when you are with the person, it should also be applied even when she’s not around. Talking badly about your girlfriend such as belittling comments without her knowing it shows that you do not respect her. Not only will it show how bad you are as her partner, but it will also show how bad you are as a person in front of other people.

Also, hitting on other girls when your girlfriend is not with you is a big no-no. Flirting is a sign that you don’t respect her and your relationship. If she finds out that you did that, she will not trust you anymore and eventually lose all of her respect for you.

ALSO READ: How to Treat Your Girlfriend with Respect

5. Tell the truth, always.
Honesty is also one of the most important aspects of any kind of relationship. Even when the truth hurts, it is better to tell it anyways rather than your girlfriend hearing it from other people. How can she respect someone who doesn’t tell the truth? Owning up to your mistakes is so much better than denying it.

7. Respect her if you want to be respected.
The golden rule- and this does not only apply to your girlfriend but to other people also. How can she respect you if, in the first place, you do not even treat her well? Anything that we demand or ask our partner, we should also give it to them. It’s a give and take relationship, it shouldn’t end up like you’re the only one who’s benefiting from it. Remember that respect begets respect.

Having a relationship in today’s world needs a man to really know how to deepen the respect, love, and attraction that a woman feels for him over time. If he can’t do that, the relationship will eventually fall (or very quickly) apart. That is why having your girlfriend respect you just as much as you respect her can help not only understanding each other’s perspective but also making your relationship last longer. 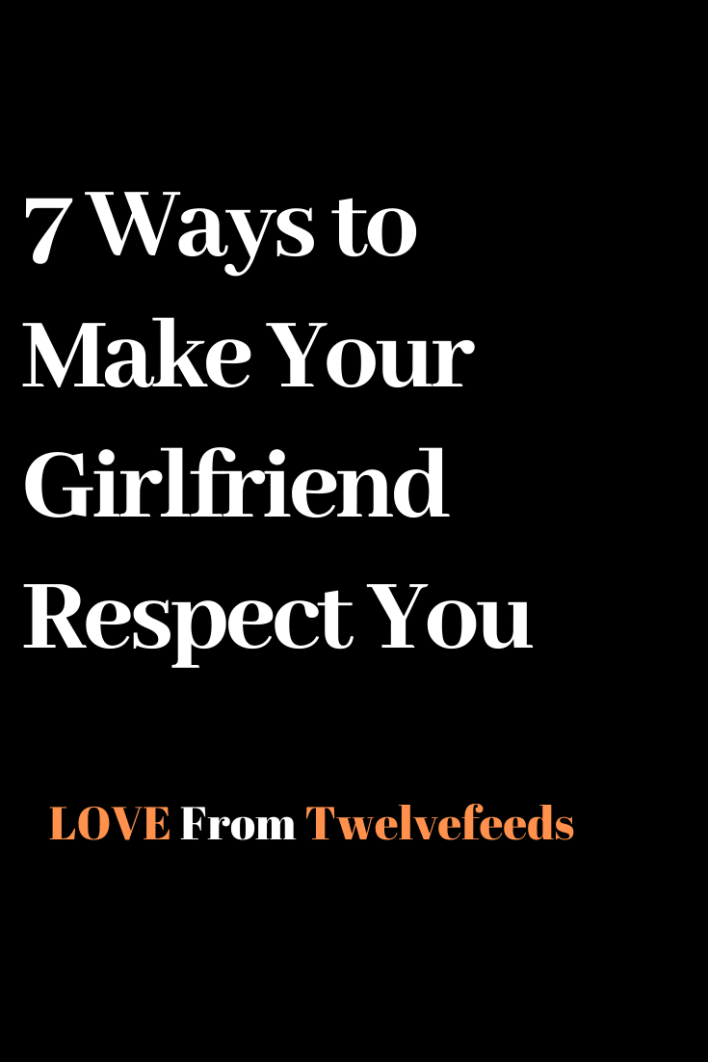 8 Ways to Get Over a Bad Breakup

7 Ways to be Humble in a Relationship