If you’ve ever been in a relationship before, that’s great, but it does not mean you are a relationship expert, and it doesn’t mean that picking up guys or girls is any easier for you than most.

Most of us, especially when it comes to flirting and dating, use a lot of the things we learn in movies in our real-life relationships. For example, the movie “Now and Then” taught us girls how we can stuff our bras to make boobs, and how licking our hands is similar to what kissing a boy feels like. Who’d have thought?

Flirting moves you learn from movies

You can learn so much from movies, no matter how whacky or out of this world the movie in question may be. If you don’t believe me, just look at all these flirting takeaways I’ve learned from watching movies.

#1 Sympathy works. In “Wedding Crashers,” I learned that if you tell someone a sad story, you will get sympathy points from them for sure. By opening up to them, they become attracted to you and the fact you aren’t afraid to show your sensitive side… Or so they think.

Now, I don’t recommend doing what Owen Wilson and Vince Vaughn did, and go around crashing weddings and funerals of people they had zero connection with. Making up stories about people, especially people you don’t know, is just wrong, although it did make for one hilarious movie.

Sympathy points work especially well on women. We can’t help that we tend to be sensitive creatures, and nurture and take care of those hurting. It’s who we are. Showing your vulnerable side is one of the quickest ways to melt a girl’s heart. We all know girls love a guy who isn’t afraid to show his sensitive side.

Side note: If the guy you’re dating cries all the time, you might want to rethink dating him. He should not ever be crying more than you do, ever. He’s the one who gets PMS. [Read: 12 toxic dating habits that you think are normal]

#2 Be persistent.  “Bridesmaids” taught me that being persistent works. Kristin Wiig’s character wanted nothing to do with the cop, Rhodes whatsoever, but he continued to be persistent, and eventually lucked out, and got to hang out with her.

Whatever Kristin Wigg’s reason for finally wanting to hang out with him was, it worked for him and in the end, they ended up together. Because he was persistent, he became locked in her mind somewhere, even if it was in the very back. So she slowly found her mind wandering, thinking about him, and wondering what he was doing.

If you want something, go after it, and don’t give up until you get it, unless the girl or guy wants absolutely nothing to do with you, and considers your persistence to be the same thing as stalking, and decides to file a restraining order on you. If this happens, you should definitely stop being so persistent. [Read: 10 signs you may want to back off with being too persistent]

In “How To Lose A Guy In 10 Days,” Kate Hudson’s character leaves her purse with Knicks tickets at Matthew McConaughey’s house on purpose. By doing so, she knew he would probably look inside her purse out of curiosity, and find the Knicks tickets. She left the tickets in her purse because she also knew how big of a Knicks fan he was, which practically had him begging her to hang out again. And it worked.

#4 Bad dancing is good dancing. Just because you might consider yourself not much of a dancer, doesn’t mean you shouldn’t try anyway. Life is short, live a little. If you see a girl or guy on the dance floor and really want to talk to them, go up and start dancing with them.

In “Hitch,” this is exactly what Kevin James’ character did, and it worked. His horrible dance skills were actually one of his best skills. His dancing was silly and ridiculous, it was actually so hilarious that he made Amber Valletta’s character laugh. She found his dancing skills to be adorable, and they ended up getting married in the end. So remember, it doesn’t matter if you are a good dancer or not, just get up and dance! [Read: The socially awkward person’s guide to flirting]

#5 Put your life on the line. In “The Notebook,” Noah literally puts his life at risk by hanging from the Ferris wheel to ask Ali to go out with him. He tells her he will let go if she doesn’t say yes, and although she is hesitant at first, she eventually says yes to his offer, mainly because she doesn’t want him to fall off and get hurt.

I want to say that I do not condone doing this type of flirting whatsoever. You should never put your life in any physical danger when trying to flirt with someone, or ask someone out, unless of course you’re an actor and it’s in a movie, and your safety isn’t actually in danger. But doing something daring to get a person’s attention can actually lead them to think that you’d put anything on the line just to get a date with them!

#6 Insinuate and repeat everything. Repeating everything that someone says to you back to them in the form of a question is one way to flirt with someone you want to meet or have just meet. I can thank the “40 Year Old Virgin” for this flirting tip. In the movie, Steve Carrell’s character is actually given this advice, and he uses it.

When he does it to Elizabeth Banks’ character, she finds it pretty intriguing. The reasoning behind this is because the person you’re flirting with will immediately notice that you’re hanging on to their every word. And who would refuse the chance to flirt with someone who listens so intently?

#7 Use creative pickup lines and new ways to flirt. One thing you should never do, though, is go around using the same pickup line over and over again, especially when you’re hitting on different girls at the same bar. Eventually, the girl you just hit on who denied you will hear you using the same one to a new girl, and would probably call you out. And it’s pretty obvious how embarrassing that will be.

I learned a really creative way to flirt with someone by watching the movie “Garden State.” Natalie Portman’s character flirts with Zach Braff’s character while both are waiting at the same doctor’s office, by saying that he needs to listen to the song she just listened to on her CD player because it’ll change his life. True enough, his unique antics paid off and they got along very well. [Read: 6 subtly flirty questions to ask someone you like]

#8 Speak their language. A great way to flirt with someone is to find out what they do, learn a little bit about their profession, and speak their language. For example, in “Crazy, Stupid, Love,” Ryan Gosling’s character finds out that Emma Stone’s character is a lawyer, and whenever he talks to her, he uses legal jargon and all things lawyer-like, which is his way of flirting with her. He speaks her language.

Instead of being just another guy hitting on her, she’s more intrigued in him because he’s not saying the typical things that she normally hears from guys, and she likes it even if she doesn’t want to admit it at first. So the next time you find yourself wanting to flirt with someone, take time to find out what they do first before actually talking to them.

For example, if they are a Spanish teacher, brush up on your Spanish and when you muster up the courage to talk to them, be sure to say something much more impressive than “donde esta la biblioteca?” If they are a doctor, don’t ask them if life in the E.R. is exactly like Grey’s Anatomy.

Be a bit more creative than that, seriously. You want to make yourself look good. When you learn to speak their language, they will start speaking yours! [Read: 10 FYIs for dating someone from another culture]

Movies are meant to teach us valuable lessons about life, love, relationships, ourselves and much, much more. So the next time you find yourself watching a romantic comedy, pay attention to all the excellent flirting tips and tricks practically handed to you! 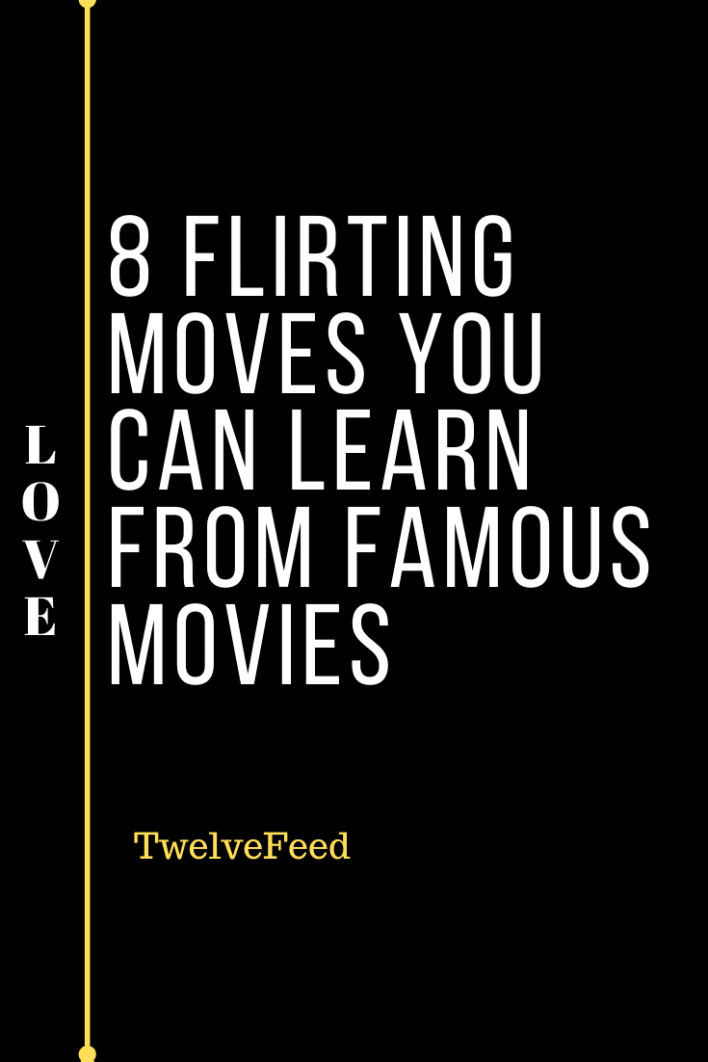 His and Her Guide to the Perfect Offbeat Date