Remember the old book Freaky Friday, wherein a rivaling mother and daughter swap bodies and learn they are more alike than they once thought? Well, turns out this far-fetched tale may be more realistic than you thought… or hoped!

You’ve probably heard the old adage, if you want to know what a girl will look like when she gets older, take a look at her mom? Oscar Wilde was quoted in one of his books as saying: “All women become like their mothers. That is their tragedy. No man does, and that is his.”

Clearly old Oscar was showing no love for women’s mothers and the personality traits their daughters may inherit, but is that old wives tale even true? Will women really become carbon copies of their life-givers as they age?

8 things a girl may inherit from her mother

Worldwide, women everywhere are trying desperately not to grow up to be like their mothers, and their boyfriends are hoping the same. But the truth is, your girlfriend turning into her mother may not be as bad as it’s cracked up to be.

According to a survey done by the website Dotty Bingo, female participants reported feeling more like their mothers after becoming a mother themselves. This can be great news for those who loved their childhood. But for those who vowed never to raise a child the way her mother did: let the nightmare begin! [Read: 10 signs you’re being smothered by your girlfriend]

Does her mother sport a favorite catch-phrase or slogan when she gets frustrated or excited? Does she use very specific terms such as “Spun” when referring to a crazy person, or “It is what it is” when life’s giving her a “make lemonade” moment? If so, expect these annoying quirks to be passed right along to your girlfriend.

With the effects of a poor diet or bad habits such as smoking or excessive drinking pushed aside, science suggests that mothers can pass on various physical traits to their daughters. According to University Medical Center in California researchers, if she’s already starting to look like dear old mom, then these physical similarities *such as wrinkling and skin sagging – yay!* will become most apparent after she hits her 30’s. So yes, if your girlfriend already looks similar to her mother, you can be on a doppelganger situation in her aging future!

We inherit a whole lot from our parents, and unfortunately, bad vision is on the list. If her mom wears glasses, odds are at some point in your girl’s life, she’s going to need them too. But hey, girls look totally cute in glasses, am I right?

While much depends on personal care, diet, and exercising habits, it is estimated that genetics make up for at least 80% of what a girl’s body is going to look like. So if her mama’s still rocking a hot bod and perky titties in her 60’s, you can thank your lucky stars that your girl probably will too! On the other, more frightening hand, if her mom is a little rounder than is your taste, you may be in for a less-than-thrilling realization. But like we said, diet and exercise habits definitely count for something.

That’s right! Is her mom crazy in the sack? Hopefully you don’t know that painfully scarring information, but if you do, then you might be learning something about your girl’s sex drive…*and you may also now need therapy!* Studies from the Hebrew University of Jerusalem indicate there is strong evidence you inherit your sex drive from your parents. So… is mom a prude or is she having wild sex? Best to find out now to evaluate your sexual future with your girl! [Read: 13 untold sex secrets you need to know]

According to WedMD, there is a 50% chance that you will genetically inherit your mother’s allergies. If *both* of her parents have allergies? Uh-oh! That means her odds of having allergies as their child just jumped to 75%. Thanks a lot, mom!

For better or worse, our parents are the first examples we see of what a couple should be like, and how partners are to treat each other. Therefore, another inheritance your girl may end up with from dear old mom is how she ends up treating you.

Did her mom dote on her father hand and foot, or was she a strong feminist presence in the home? Odds are, you may find yourself being similarly treated by your woman, or she may be stomping her foot in the name of women everywhere. 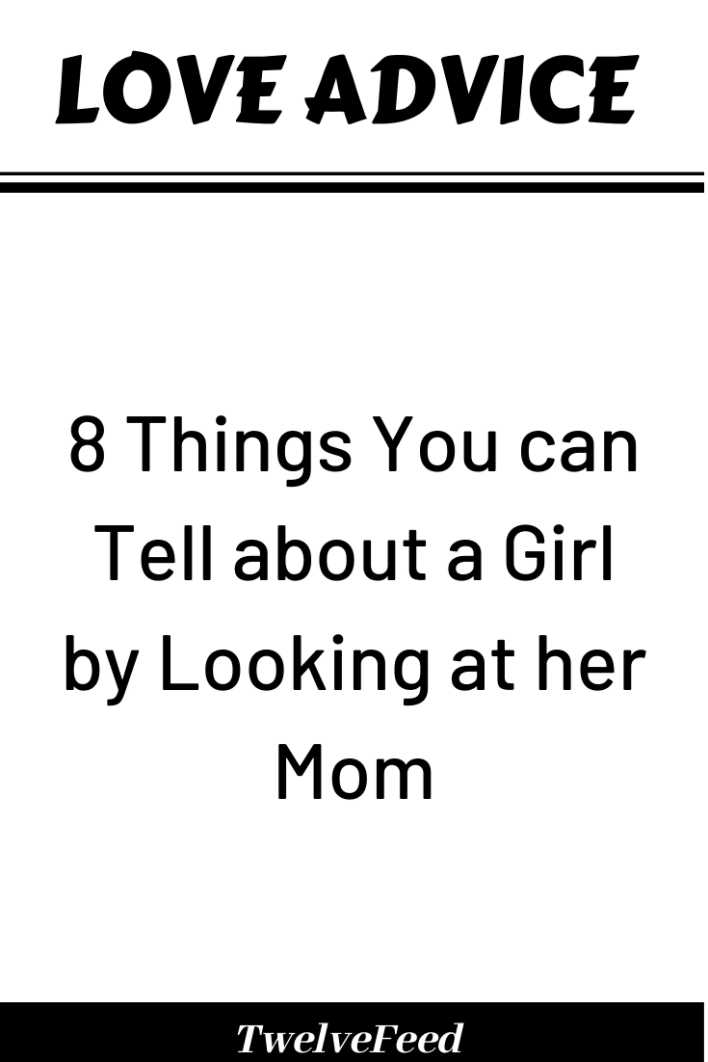 8 Lies We Tell When Our Relationship Is Going Downhill

8 Practical Things to Do Before Moving In Together