Why am I still single? Most probably, you’ve asked that question multiple times because, in all aspects of your life, you think you’re ready to be in one but you’re just not. Read on to discover nine reasons why you’re still a single man.

1. You keep on chasing the wrong woman.
People tend to forget to assess if the person they have in mind is someone that matches them. Getting in a relationship is not just about you. It is also about your target person. For example, there is an undeniable mismatch if you want an independent woman but you treat them like damsels in distress. An independent woman can save herself and will be insulted to know that you think she needs to be rescued. So, to get in a relationship, make sure that the woman you have in mind will also have a chance to like you back because of similarity in values, preferences, and character.

2. You have no other destination aside from work and home.
Even if you have made sure that you match the girl you want to get in a relationship with, you still won’t get into one if you will not broaden your circles. Your life is not like the movies where you bump into a random stranger while you’re walking home on a rainy day, offer your umbrella, and end in a relationship. I’m sorry to burst your bubble, but it’s not that easy. Do you want an adventurous type of girl? Join a group of mountaineers. Do you want to meet someone who loves literature? Join literary workshops. Who knows? The girl that you like might be there.

3. You might not be willing to change.
Regardless of the type of woman that you have in mind, something constant to get in a relationship is your willingness to change. Surely, there will be changes in your life when you get into one. You might have to cut some of the time you spend with your friends because you have to spend time dating your girl. You might have to give up smoking if your girl has asthma. If you are not willing to make changes, it is unlikely that you’ll end up in a relationship.

4. You have stereotypes in mind and you think women fall perfectly in those categories.
Women are different. They are almost like fingerprints. For example, you found a girl that you like, but you decided not to pursue her because she’s younger than you. You already made up your mind that she won’t match your maturity level. What made you say so? Maturity doesn’t come by age. Don’t give up without getting to know the girl yet. You’re only making the chances of getting in a relationship slim if you eliminate your potential partners prematurely.

5. Your communication skills might also be in need of some fixing.
If you get on a date, but you can’t discuss other topics aside from the food that you ate, things might not work out the way you want them to. The same thing goes with memorizing questions to ask and answers to give based on what magazines say. Don’t be fooled by an ineffective rule book. You need spontaneity. Have presence of mind. Dig deeper into the topic your date opened. Open new topics that are connected to what your date shared.

6. You don’t communicate well after the date.
Dating is your step to get in a relationship, but the talking doesn’t end there. Remember that “good morning” and “hello” are not good conversation starters after the date. They might appear like they are, but they really won’t lead you anywhere. Start with leading questions instead. For example, “Hey, I saw your post about this certain movie, how was it?” Clearly, there is a high chance that you’ll get a reply by asking that question than by just saying “hi”.

7. The plans that you lay do not match the stage you are in.
Do you discuss about being in a long-term relationship on your first date? Do you discuss about having kids or getting married the first time you get to talk to your girl? Though they may sound positive, they are actually smothering. Some girls would want to take things slow, start with friendship, and let love naturally set in. Some are still testing the waters and are still in the assessment stage of whether you’re worthy of being given a chance or not. Discussing about your long term plans might scare them away. Know the proper timing.

8. Your social media profile isn’t inviting.
Aside from communication skills, another factor why you are still not in a relationship even if you badly want to be in one is your social media account. It might be saying something negative against you. Like employers, people also check social media accounts to get to know a person more. Though the posts are selective and only show a part of a person’s life, that reflected part can still say a lot. What kind of impression will you give with your posts bashing other people? What will people think of if they see nothing but posts of hopelessness and delusion? Your account can act like a resume. Fix it to not scare your potential partner away.

9. You are desperate.
You might also still be single because you smell like desperation and some women don’t find that scent pleasant. If they sense that you badly want to be in a relationship, they might scamper away. Why? Because it sends the meaning that you’ve given up your standards and you’re gonna like anyone who crosses your path. Some women may find that insulting because they want to be picked and loved for the characteristics they have. 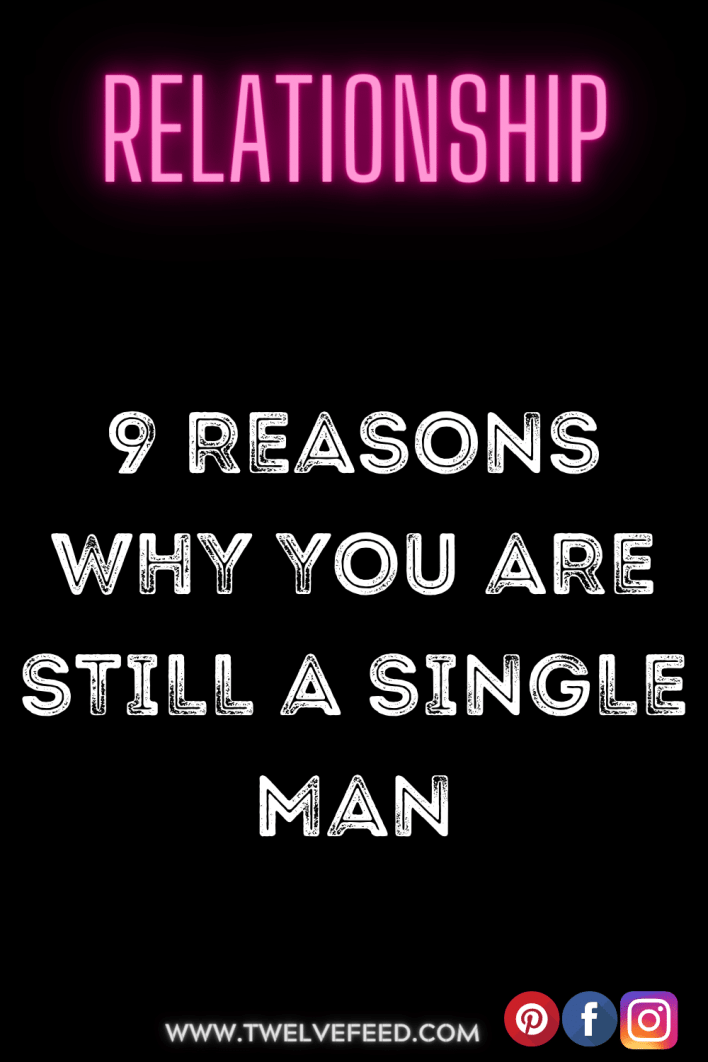 12 Ways to Make Your Husband Happy