A break up is hard enough, do you really have to make your soon-to-be-ex feel worse?

For most young lovers, falling in love is all sweet and cute. But they can’t stop thinking of ways to make the end easier for themselves and worse for their soon-to-be-ex.

Love and emotions are the first things that all of us take for granted.

We pay more attention to what irrelevant people on the street think of us and how “cool” we can be by saying the things we say, especially on facebook.

But emotions aren’t always easy to handle, especially if a sensitive and fragile experience is splashed across a wall for all to see.

Ever wanted to end a relationship on Facebook because it could make you the cynosure of all conversations between online friends?

This should make you think twice.

Malini Murmu, 23, a first year MBA student from the illustrious Indian Institute of Management, Bangalore in India was found hanging from a fan in her hostel room on Monday evening by her friends and the college security.

Her friends, who didn’t find her in class earlier that day, found her room door locked from the inside and called college security for help. Police sources say that on breaking the door, they found a suicide note on her laptop and the words “He ditched me” scribbled on a board against the wall.

In the suicide note, she had mentioned that her boyfriend had left her and she was killing herself over the breakup.

Malini and her boyfriend had had an argument which eventually led to him posting a facebook break up message on his wall. “Feeling super cool today. Dumping my new ex girlfriend. Happy independence day.”

Is it worth it?

Breaking up on facebook or flaunting your new relationship-is-over status in style may seem like the coolest thing to do, but is it really worth it?

Your partner and you may have had a million differences while breaking up, but both of you were in love at some point. Respect that, and treat your soon-to-be ex with respect.

Malini Murmu had several friends in Facebook, and we’re guessing her boyfriend did too. Perhaps, she couldn’t handle the shock of seeing her new ex splash the news to the whole world without a care. Or perhaps, she was humiliated and heartbroken. And at times like these, it’s easy to forget all the good things in the world. And it’s so much easier to look for the simple way out of all the humiliation, especially when you have close to a thousand friends on Facebook.

Breaking up is not something to brag about, even if you’re happy to end the relationship. A few shallow friends may even “like” your post or egg you on. But most would shake their head in disbelief.

If you’re like the loser of a boyfriend who broke up the “easy way” with Malini, learn to man up and grow a pair.

It’s always easier to break up by ignoring someone or avoiding all forms of confrontation, but that’s not right. If you really have to end a relationship, then end it with a bit of grace and walk out of your ex’s life once and for all. Leaving your soon-to-be-ex hanging on in confusion until you plaster a shocking facebook post with a big grin on your face can be traumatic to your soon-to-be-ex. And in cases like these, it can scar them for life or even force them to end it. [Read: How to end a relationship the right way]

Youth is wasted on the young, and emotions are tossed around carelessly without any concern for another person’s feelings. But every once in a while, we experience something shocking that makes us realize just how insensitive we can be by trying to look for an easy way out of everything, especially in love.

Breaking up on facebook may have seemed like a perfect idea for the boy who dumped the girl on facebook. It may even have been funny, what with all the hope of more attention and “likes”. But in the end, he may never be able to get over the way he scarred a family and ended a girl’s life.

Breaking up on facebook is easy, but don’t do it. Learn to respect your soon-to-be-ex and end a relationship the way it should be ended. Face to face. 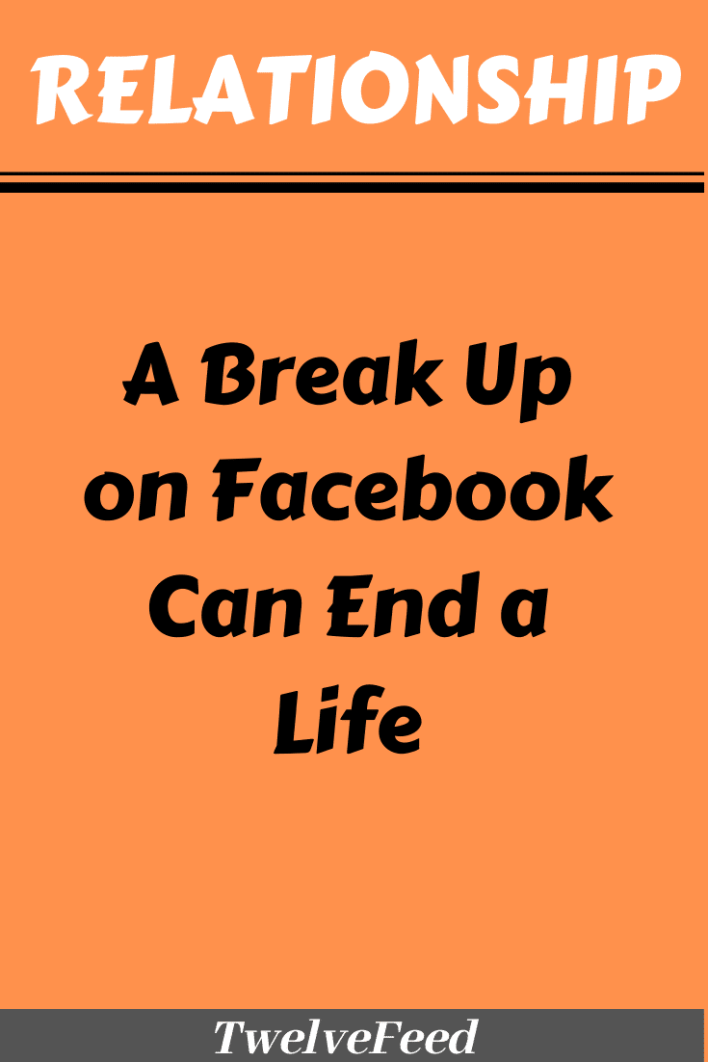