The red flowers were in their early bloom
when we went out on our first date.
You could not keep your eyes off me
and I couldn’t keep mine off the ground.
It was the only time I had dressed for an occasion.
I never liked to dress except in t-shirts and pants.
I’d feel comfortable tying my hair up.
But with you, I had left it down
and vulnerably exposed to the dust and smoke.

On our second date, I had felt it was love for sure.
The red petals gave out to the sunlight
and opened up its mouth like a yawn.
Your hands refused to leave my side.
Our love was like the midday sun,
blazingly fierce and unapologetic.

The third time we met, it was an afternoon.
The flowers were still basking underneath the sky.
Although the sun shone brightly as before,
it had lost its previous heat.
The cool air blew, making me shiver.
A slight chill ran up my bare legs
and I almost hated myself for wearing a dress.

On the fourth date, I’d realized something was off.
The flowers were soon losing their natural grace.
We both started to find faults with the color.
The sun had begun to move towards the horizon
and the air suddenly became chilly and rough.
A cold burst of wind passed us by
and it made your eyes avert from mine.
I could not keep my eyes off you
and you couldn’t keep yours off the ground.

The fifth time when I saw you, the dusk had fallen.
The flowers were almost drooping down.
I could not believe what you had just told me.
If argument was a person,
then it certainly became the third wheel.
When we walked home, your hands were on your side.
Silence had begun to fill in between the intervals,
stretching longer and longer than our shadows
cast on the dark pavements lit with street lamps.

On the sixth, the petals had begun to fall one by one.
You tried your best by putting out your hands
to prevent them from falling to the ground.
The sun was nowhere to be seen
and we both seemed to have lost our way.
Our hands groped into the darkness.
While searching for any source of light,
we kept looking down, and by doing so,
we both couldn’t keep our eyes off the ground.

On the seventh, we both knew it,
although you would not admit it to yourself.
The flowers were no longer red.
Most of its petals were strewn on the rock-hard pavement.
Their stems became coarse and dry,
drooped down as if with disappointment.
It was almost midnight and it was time to say goodbye.

I looked at the flowers, once fiery red and alive.
You reached out your large strong hands
and gently ran the tips of your fingers
on the dry stems where the petals once bloomed.
Your hands, no matter how large or strong,
could not stop them from falling to the ground.
I couldn’t wear a dress on a chilly night.
So I buried myself in heavy sweaters and huge coats.
A scarf hung around my neck as tight as a noose.

The sharp, freezing air had never bothered you.
You were born out of the Himalayas, remote and cold.
It is remarkable to see how you remained in one piece
even for our last day of the meeting.
I had pulled my hair into a tight bun,
its thick coil tried its best to hold my body
from shattering into millions of fragments.

Although even then, when you told me
that you still loved me and would continue to do so,
it was your eyes that told me otherwise.
Even for the last time, your eyes failed to look into mine
and I shall never know why.
Believe me, I did try.
All I wanted was an eternal meadow of wildflowers
not a bouquet, trimmed and wrapped in plastic.
But for you, this love was like a burst of sunshine,
brightly warm but only for a brief time.

When we parted ways, the night was pitch dark.
I hardly remembered how I walked back home.
If I had an autopilot button somewhere inside me,
I had probably switched it on.
I closed my doors shut and drew the curtains tight.
The last petals fell onto the soil, as dry as a corpse.
I pulled myself underneath the blanket,
exhausted and all alone.
Under the dead leaves and the withered petals,
the flowers lay asleep in disguise of new seeds,
cocooned under the soil, as quiet as a grave.
It was time for an interval before the daybreak.
By the crack of the dawn, new seedlings shall grow.
No sooner will they revive by the time my eyes are dried.
So, under the silent covers, I listened closely
in the dead of the passing night
for the flowers to sprout back, flaming red
and for the morning dew to fill the leaves once again. 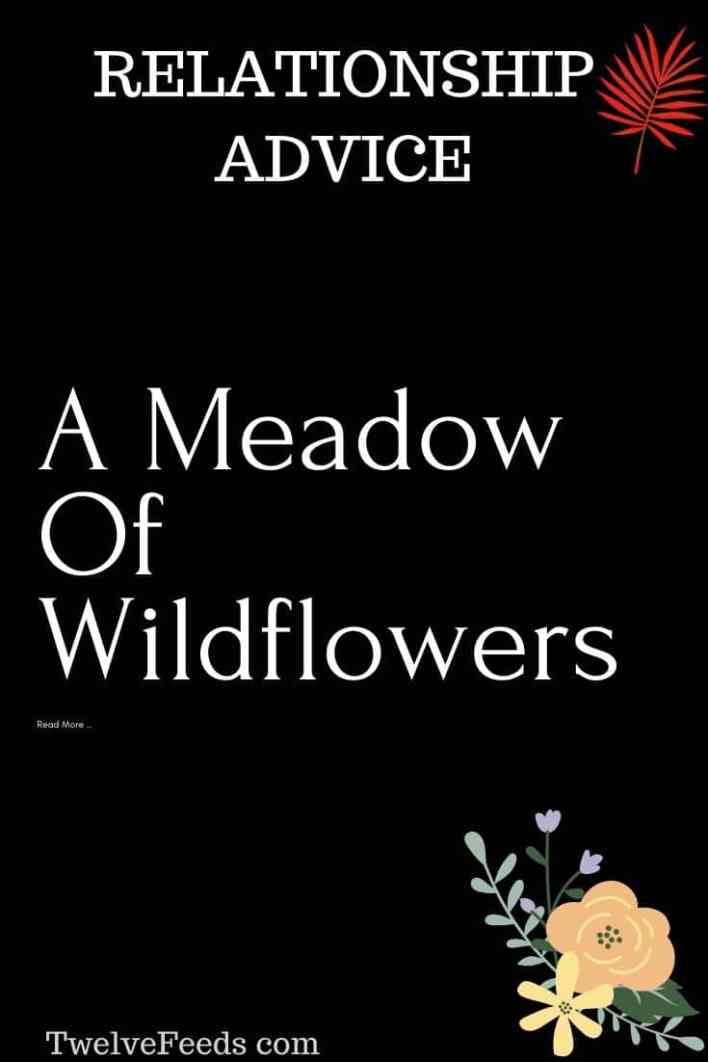 The Future Isn’t Promised, So Live In This Moment