Getting into a fight from time to time is a totally normal (but unfortunate!) part of being in a relationship. Anyone who is or has ever been in a romantic relationship with another person will know that sometimes, you just don’t get along and end up disagreeing about something. Some fights are smaller than others and after a bigger fight, it can seem tough to get over it and get your relationship back on track.

No matter how big a fight is, it’s important to move past it in a healthy way and fix your relationship. This ensures that you forgive each other and can have a strong, long-lasting relationship without the big fight impacting it in the future.

10Stop Dragging It Out

The first thing that a couple needs to do in order to get past a fight is to stop having it. It may seem difficult to move on after a fight when you know that you have more to say and that you just have to get it out, but let it go. There comes a time in any fight that it’s no longer productive and you’re really not getting anywhere. Step back and take some time apart. Being in the middle of a heated argument isn’t going to have you in the right headspace to fix anything.

After stepping away from the situation, it’s time to get the fight off your mind for a little while. Constantly focusing on it is only going to cloud your judgement and cause hurt feelings as you sit and reflect on what the fight was abut or things your partner might have said during the fight.

Do something productive by yourself or with your friends to take your mind off the situation. Go for a jog, invite your besties out to dinner, or treat yourself to a spa night at home. You’ll be glad you did.

Although talking to your partner and fixing things after a fight is best done quickly, that doesn’t mean that you should just go take a shower and come back two hours later, ready to talk to them about the situation. If you’re not ready to discuss it and move on, you’re just going to relive the fight and it might make things worse. Don’t reach out again or answer their texts and calls until you’re mentally and emotionally ready. Tell them you just need time.

7Don’t Hold Onto The Fight

When you and your partner come back together after a fight to fix things, make sure you’re not still holding onto the fight. While it’s definitely important to discuss the root of the problem in order to fix things, don’t just bring the point of the fight back up and start the fight all over again.

RELATED: 11 Ways To Quickly End A Fight With Him (& 8 To Avoid The Awkward Tension)

It’s not easy to get over hurt feelings after a fight but it’s important to be calm and in the right mindset to fix things with your partner.

When it comes to fixing a relationship after a big fight, it’s important to make sure that you and your partner communicate with one another. Don’t just come back together and ignore that you had a fight.

RELATED: 25 Things He Says Or Does When He’s In Love With Her (But Doesn’t Actually Say ILY)

Although it may be tense and awkward and tempting to just snuggle up with your favorite show on Netflix, that’s no way to solve anything. It’s important to communicate with your partner in a calm way. Express your thoughts on the source of the fight and how you’ve felt since then.

5Try To See Their Side

During and even after a fight, it can be pretty difficult to try to see the other person’s point of view. Anyone who has ever gotten into a fight with their partner, a family member, or a friend will know that they likely felt like their side of the fight was “right” and that the other person was “wrong.” In order to move on past a fight, it’s important to try to see their side and understand why they would feel that way.

4Don’t Ignore Your Own Feelings

Fights don’t typically come from nowhere. It’s definitely important to discuss your feelings and see what your partner thinks and feels after a fight in order to move on past it, but there’s something else that’s really important when it comes to fixing your relationship and moving on past a fight.

Identify what caused the fight and don’t ignore it. Make sure you acknowledge the fact that there was something that started it and talk about it in a calm, rational way with your partner.

No amount of communication and discussing your feelings with your partner is going to do anything when it comes to fixing your relationship if you two don’t find a resolution. It’s important to agree on a solution to the fight and try to agree on a way to solve it that will make you both feel validated while hopefully stopping the fight from coming up again in the future. You definitely don’t want to have any reason for the same fight to come up again in the future and have to repeat the whole process.

Once you and your partner have discussed the fight and figured out a way to solve it, step away. After you both feel better and feel like you’ve found closure in the fight and no longer have these leftover hurt feelings, it’s important to just move past it. It’s really not going to help either of you to just keep discussing it after everything is already solved and dealt with. Go for a walk together, get something to eat, or find a new TV show to start together and just enjoy each other’s company. 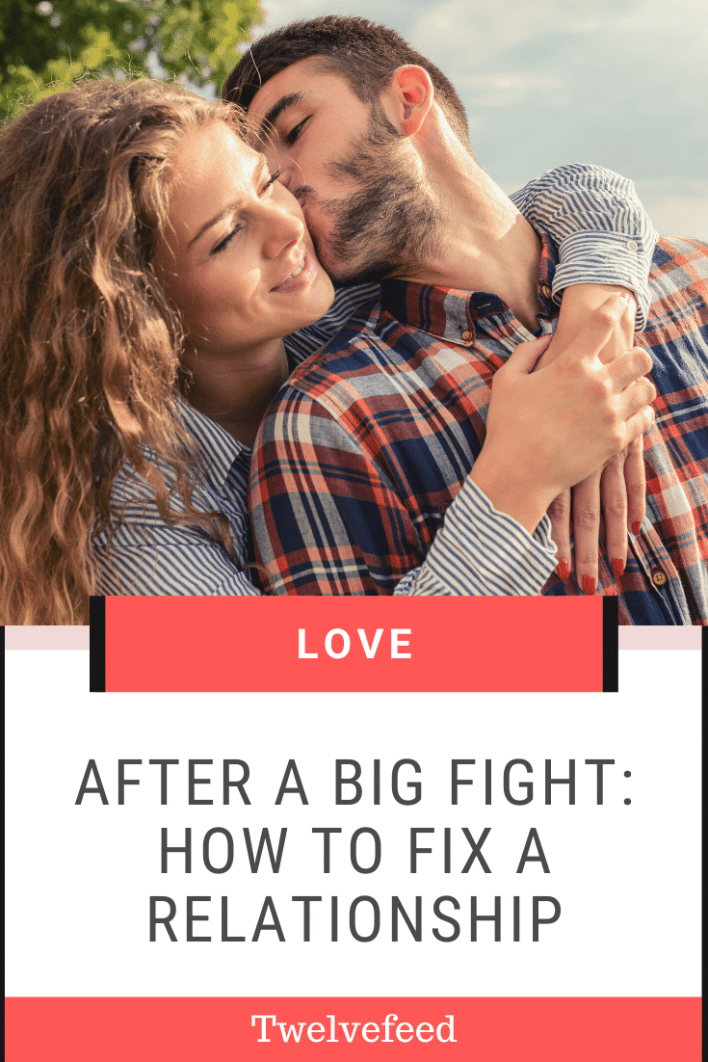 If Our Boyfriend Texts Us These 20 Things, It’s Time To End The Relationship