In all my years of dating men, if there’s one thing that’s stuck out like a sore thumb in a man, it’s his insecurity.

At least in all the men I’ve dated, more than half of them were insecure.

Rather surprising, isn’t it?

What’s more surprising is that I’m not the only one who’s had to deal with insecure men.

Almost every woman I know has experienced her share of insecure men.

The funniest part of all this is that most women don’t even know they’re actually in a relationship with an insecure man!

Insecure men and their woes

Insecure men can come off as one of the most sensitive and nicest men you’ve ever met.

At first, he may be quiet and always ready to give you advice when you need it.

But as the months start to roll by, you’d see that the advice would start to turn into sulking commands and manipulative pleas to arm twist you into doing what he wants.

Unfortunately, you’ll never see the signs or the real face under the mask of niceness until you’re ready to end the relationship or have already broken up with him. [Read: How to deal with insecurity in a relationship]

That’s the strange power of insecurity and insecure men in a relationship.

The first time I ever dated an insecure guy was almost a decade ago.

He was an exceptionally great guy who loved me and treated me like a princess. We had the best times together. A few months into the relationship, he thought my friends were a bad influence on me. I felt the same way too and decided to spend less time with my friends. And then, it was the same with my job and with the amount of time I spent in office and how much I spend on shopping.

Now he never was rude. In fact, he was extremely understanding and nice. It was more like he was concerned about me and cared for me.

But he always seemed hurt and pained when I went out without him. But he would go out often with his own friends!

No matter what I did, unless I had his approval, he was always upset by something or the other. I tried changing myself for him so he could be proud of me. After all, he was a really good catch. But the more I tried, the more I failed. Nothing could ever please him, and he always had a way of pointing flaws in the things I did.

I was in this relationship for almost three years before we had to go our own ways for good. [Read: Why we end up falling out of love in a relationship]

And a few relationships later, I met another great guy. And within a few weeks of dating this new guy, I started seeing the same symptoms that I had seen in my earlier boyfriend, great guys who give great advice, but eventually turn into men who can never be pleased. [Read: The right way to have a perfect start to a new relationship]

The mind of an insecure man

It took me quite a few years to actually see what I was experiencing now and then with guys I date. Acknowledging the fact that you’re dating an insecure man is never easy. Almost all the time, you’ll just end up assuming that your boyfriend’s only trying to help you.

If you’re stuck in a relationship with an insecure man, you’ll have to spend all your life trying to please him and make him feel happy and satisfied in the relationship.

And before you know it, your sweet and insecure man will learn to control your life by playing the part of the victim. And you’ll never even realize you’re being manipulated and arm twisted till you lose your old happy life and become a woman whose only ambition in life is to keep her man happy and make him feel proud of her. [Read: Signs to tell if he really is the right man for you]

The problems of dating insecure men

Insecure men are terribly jealous. But they won’t admit to it. In fact, they’ll make you feel like you’re being the bad one in the relationship. They’ll behave like they’re sacrificing so much for your happiness, and load you up with guilt.

Insecurity in your man can also make you antisocial and stunt your growth. Before you know it, you’d start to avoid all your friends and spend all your time with him. And even if you want to meet a good friend, you’d wonder if your boyfriend or husband would be okay with you meeting a friend. Ever felt that? Chances are, you’re being tricked into submission by an insecure man.

One of the easiest ways to recognize an insecure man is by watching his behavior when you’re having a pleasant conversation with another man.

A secure man wouldn’t be offended or threatened if his woman speaks to other guys *unless she’s had a sexual history with that guy*. But if your man is insecure, chances are, he’ll tell you how lonely and awkward he felt when you were so busy talking and having fun with another guy. Insecure men don’t speak their mind. They look for ways to pierce your heart and get things done their way. [Read: Why does love hurt so much when it goes bad?]

Why are some men so insecure?

Insecurity is a deep rooted issue that’s as unique as the guy. But almost always insecurity is a trait that’s associated with men who have low self esteem.

If a guy’s scared you’ll leave him, he’d do anything to manipulate you into staying. Insecure men like controlling their women because of their own shortcoming. But yet, they’re not bold enough to speak their mind.

Truthfully though, extremely insecure men have issues, serious issues that they may choose to overlook. There’s nothing you can do about it though. So don’t try dating an insecure man with the hope of trying to change him. He won’t change unless he chooses to.

Signs of insecurity in men

One of the biggest signs of insecure men is the lack of trust in the relationship. If your man doesn’t trust you or always seems suspicious of your behavior, there’s a good chance he’s got a lot of insecurity to deal with.

Most insecure men can’t take criticism and they’ll do anything to put the blame on someone else than accept faults and change for the better.

Insecure men aren’t always insecure though. At times, it may just be the fear of losing you that makes your man insecure. When you sense a hint of insecurity in his behavior, help him change by showering him with love. But if that doesn’t work, walk away before he manipulates you into becoming someone you’d eventually hate!

Insecurity in love can seem cute at first. But there’s just a thin line separating the cutely jealous men from the insecure men. Keep your eyes peeled and watch out, because there are far more insecure men out there than you can imagine. 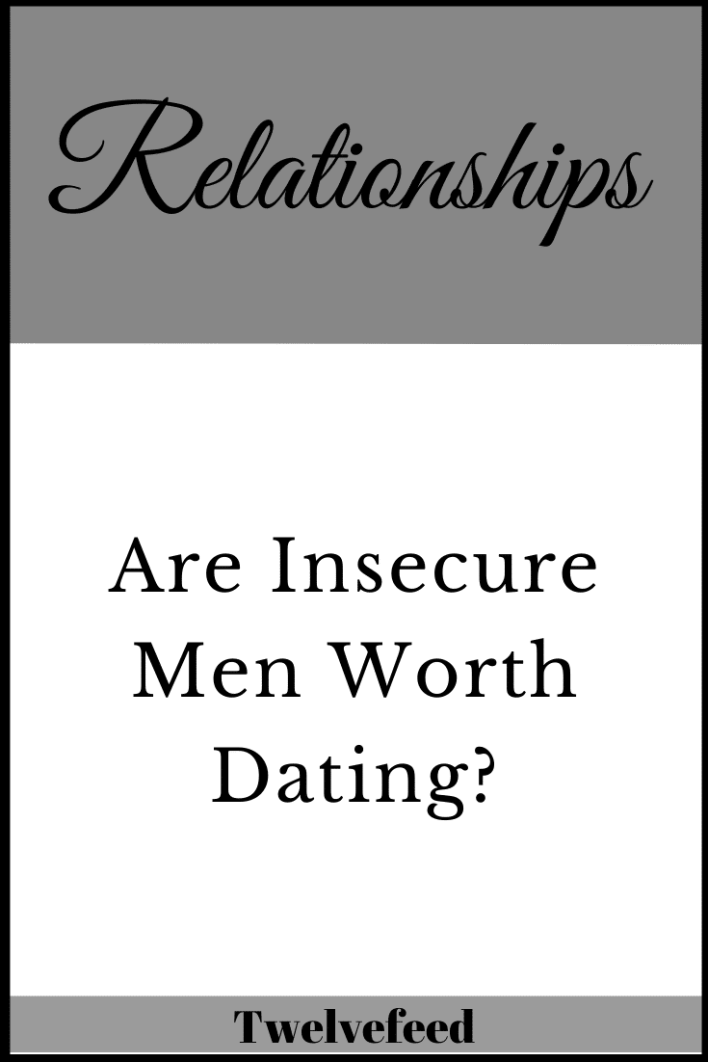 When Should You Say “I Love You” for the First Time?