What happens when fire and water come together when two complete opposite signs come together? Something different, a chemistry that you will wish to see? But not every time this chemistry can work out. Aries is a sign filled with energy, spontaneity, they are practical whereas Pisces is laid back, they are quite, emotional, sensitive being, who moves in a slow pace, unlike Aries who is rough and tough. This contrast in their personality says how difficult it will be for them both to cope with. If you are keen to know Aries and Pisces relationship compatibility, read all the points carefully and their traits.

Aries’s eyes may get attract to Pisces tenderness for a while and it may even become a reason to approach a Pisces but this attraction won’t last long as Aries’s spontaneous nature won’t tolerate that tenderness for a long. A Pisces may fall for Aries’s positivity in every situation and their leadership quality but even here Pisces may not be able to stand Aries’s way of approaching things and their anger that will scare off a Pisces.

They are opposite poles. And understanding the thoughts of someone that differ completely from you is difficult. Pisces feel, understand everything deeply and in a shuttle way, Aries is shallow when it comes to thought as they think everything from above not going deep inside the topic. They will hardly understand each other and each other thoughts.

Pisces will trust an Aries blindly as Pisces trust, anyone, and everyone, very easily. But an Aries may find difficult to trust a Pisces. As time will pass by even Pisces will start losing trust in Aries. Aries and Pisces relationship will even have trust issues. They may not be able to trust each other in many fields, creating a difficult situation for their relationship.

No doubt, they will have good communication between them though they may lack understanding. Pisces is ever ready to listen to things patiently and Aries is ready to talk. They will be able to put up their points but won’t be able to open up to each other. The only good thing about Aries’s Pisces relationship is the communication that will take place between the two. They will hold a conversation that will be meaningful and worth it. This may be the only reason that will keep Aries Pisces relationship alive.

Pisces is known as a melancholy who gets sad sometimes without a reason, they are highly sensitive and Aries, on the other hand, is filled with life. They are practical, logical, they will hardly take emotional decisions. Understanding Pisces’ emotions will be very tough for this insensitive Aries sign and similarly, Pisces may not understand the emotions of Aries as Pisces is busy in their own world.

Pisces wants a smooth, slow process of lovemaking where they can talk late night and slowly heads for the lovemaking but Aries wants everything instant, they don’t want the night to pass by in talking rather want it to pass by in enjoying. This difference will create a scene in the bed as well as making their s*x life suffer. The only way to work an Aries and Pisces relationship is to give time to each other and make an effort to understand each other that will help them to improve their relationship.

Overall, Aries and Pisces love compatibility score less in many aspects. They need to make a lot of effort to let their relationship work. Their time, their effort will help that relationship turns into a strong one. As nothing is impossible all you need is to give time and effort to it. 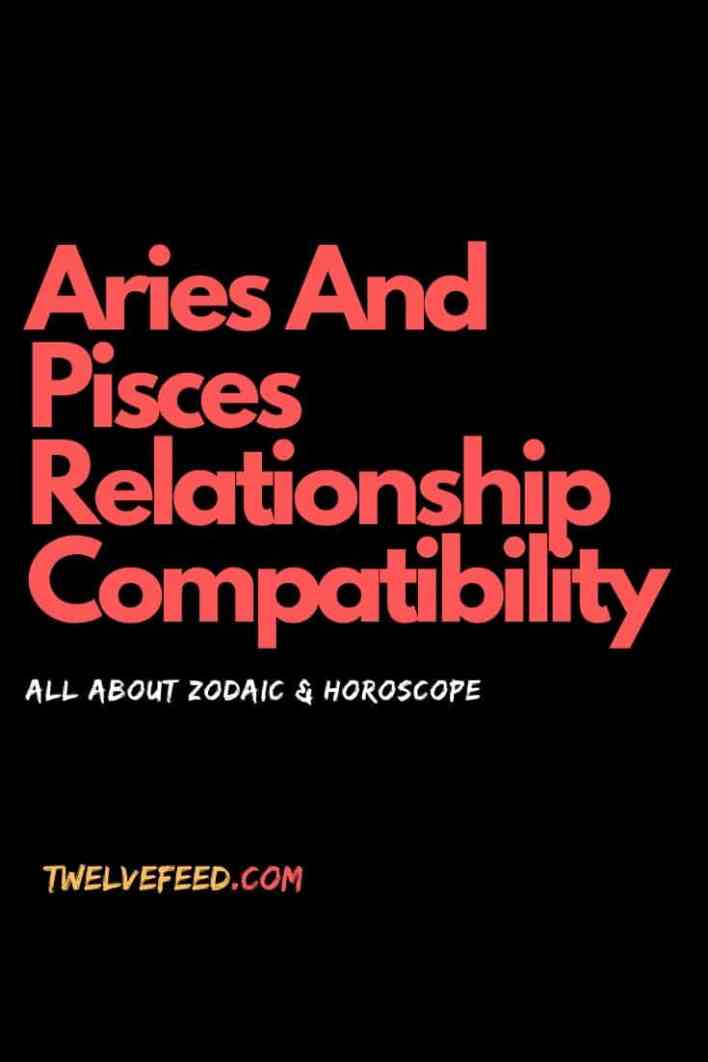 Zodiac Signs Who Are Made for Each Other According To Astrology

How to Resurrect Your Love Life after Your Heart was Broken