Astrology can also tell us exactly why each of the zodiac likes their space. Because the reason is never the same.

For instance, Virgo needs space to process things, but Aries needs space because they like to do things solo sometimes.

Some people will tell you that only certain independent signs such as Aries and Sagittarius like to have their space. Don’t buy this.

Why you need space is pretty understandable: Being the first sign of the zodiac, you are very independent. You like to certain things by yourself without any outside help because you are also sort of a leader.

In romantic situations, you also like to chase your partners because it inspires more desire in you. That is also why you need space from your partner- you want to come back to them after some distance so that it increases your desires.

Taurus, you need space to follow your routine mostly. There are just certain things that you like to do alone. There aren’t many of them. But they are enough to keep you preoccupied for some time during the week.

Usually, work can stress you out. So that could be something that makes you ask for space from those around you.

In relationships, you like your space because you just need a change in your environment. And sometimes that includes whom you hang out with.

Basically, you tend to get bored with people and surroundings very easily. That’s when you space to figure out your next move.

You are also the type of person who tends to think multiple things at the same time. So you just need some space to figure out what you really want and where you stand in a situation.

You can be accused of being clingy in relationships sometimes. But these accusers do not know you that deeply. You actually do like your space from time to time. For instance, when you are unsure about something or someone, you tend to hide away.

You also pull back quickly when you feel threatened by something. Because you are not that direct about what you want, it can be confusing for others, who might read your need for space as a sign of your lack of interest. That is why people do not usually see how you might also need space. Only you understand how essential it is for your emotional well-being.

You love to be admired and even fussed over sometimes. But you also need your space because you have a strong and fixed identity. You need to do your thing by yourself before you want to join the room full of your admirers.

In relationships, also, you generally like people who have their own lives and strong interests. You should come first to them, but that does not mean they should not have other interests. Because you definitely your own interests and pursuits of which you are very proud.

Virgo, you like your space a lot, actually. Firstly, it’s because you are ruled by Mercury and have a lot going on in your mind that demands you have some alone time to process new information.

You are also pretty lonesome in general since you can get a lot of work done when you are alone.

Speaking of, work stress can really make you shut out the world. Your commitment to your work won’t allow you to waste your time on anything.

It’s pretty difficult for people to believe that you might need some space. But that’s exactly why you need it! You are so consumed by other people’s problems, that you don’t have any time to look into you own.

Also, the fact that you have the tendency to sweep everything under the rug does not really help you with your problems. Hence, when all of your problems come back to bite you (yes, they actually do at some point), you suddenly realize that you have been wasting your time with petty things.

Instead, you really need (and want) to focus on your own life. This is when you show that you, too, can need space. And those who care about you should give you that.

You have an intense inner world. This causes you to pull back sometimes. When things get too chaotic, you tend to lock yourself up and shut out the world. The space allows you to decide your next move.

Also, even though you love to merge completely in romantic relationships, you can still feel a little too vulnerable sometimes, which makes you want some space. This does not mean you no longer want the person. It’s just that you want to make sure that you have not completely lost your control.

You are the classic example of a person who needs lots of space! Seriously, you are known to value your space and freedom above all else, even intimate relationships. Most of these people, however, don’t know why you need so much space!

The thing with you is that you have emotional and mental claustrophobia. You need open spaces to move around on these planes. And when someone makes you feel like you can’t be by yourself, they send you the message that you don’t have a choice. They make you feel like you HAVE TO spend time with them, which is a big NO for you. You don’t like to do things because you have to; you do things because you want to. You have the same kind of approach to spending time with people.

You are the classic workaholic, and your work makes you seek a lot of space. You are usually working on some project by yourself, which makes you and the world dead to each other!

Also, you also like space to think over stuff. Because, while you are decisive, you don’t like to make errors in your decisions.

Another reason you might need space in relationships is that something is troubling you. You might be unsure about the person or the relationship in general, which makes you hold back, wait, and watch.

You are another of those signs who absolutely cannot do without a lot of space! For you, though, it’s more of a state of being. In other words, it’s just so natural for you to want space that you are shocked to find people who cannot accept this and don’t want space themselves. In fact, you probably need space 70-80% of the time. And the rest you spend with your friend group.

You cannot live without a lot of space because you have other pursuits and a million different thoughts running around in your head. Mostly though, you just hate to be tied down by anyone or anything.

You need space but you never ask for it. You just swim away, leaving others confused. You are the idealistic dreamer of the zodiac, who sadly gets shocked by the harsh reality way too many times.

These rude awakenings make you sad and quickly move away, preferring to live in your imaginary world for a while. In relationships, you require space when you feel hurt by your partner. They must not push you too much during these times.

Most importantly, though, Pisces are just creative thinkers who need time and space to be inspired by nature and art. Sometimes, they just want to enjoy these things in peace and by themselves. 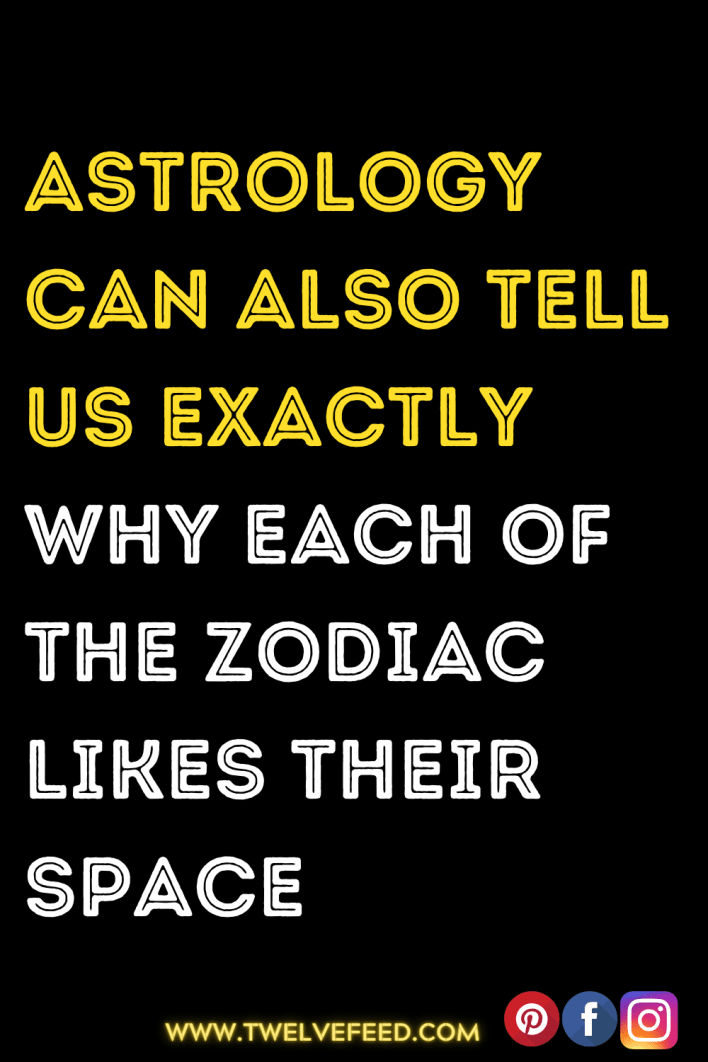 How to keep him interested to you According to Astrological Compatibility