Sure, opposites attract. And sure, sometimes it’s easy to work through differences in a relationship.

But what if you’ve tried everything and it’s just too hard to get your personalities to mesh well? What if you’re actually not compatible with them?

Based on what I know about your sign, this is who you’re least compatible with. Sorry…

Fire and water signs? Definitely not a match. They tend to approach emotions in different ways: while an Aries will be rash and come across as rude, a Cancer is very in touch with their feelings and will be too sensitive. Though they accept their differences, it’s too hard for them to come to an understanding in the relationship, and with that, imbalance.

It’s not the worst pair, but it’s definitely not the best. With a Leo’s ego and a Taurus’ stubborn personality, it creates an explosive pair. They both want to be adored and needed, and at some point, they’re going to fight over who should be getting more attention in the relationship. Unless they’re willing to communicate, this pair won’t stay strong.

This pair will have a hard time understanding one another and sticking together in a relationship. A Virgo tends to be very critical and desperately wanting stability, while a Gemini will be very capricious and wishy-washy. There’s some power struggles, anxieties, and selfishness that will evidently lead to their downfall.

Communication is a big issue for this pair. They are pretty similar with how they want harmony in a partnership, but a Cancer might be more open to talk about their feelings while a Libra would rather just suppress them. When it comes to just communication in general, a Libra will want attention from everyone and anyone, while a Cancer just won’t know how to communicate at all.

Here’s a couple reasons as to why this partnership is very different. One: A Libra is more appreciative of art and poetry, while a Capricorn merely cares about intellect and the essential things in life. Two: Libra will be friendly and wanting attention and a Capricorn will be a bit cold and distant. If they can’t figure out a balance, then they won’t be able to figure out the rest either.

This can be a pretty one-sided relationship if they aren’t understanding of each other, especially in a romantic relationship. An Aquarius doesn’t like possessiveness, which is tough for a very devoted Scorpio. Scorpios are sensual beings and it might be too overwhelming for an Aquarius, who might just see it as suffocation.

You’ve got a fire sign that jumps from one thing to another, and a water sign who tend to focus on themselves. There’s a lot of uncertainty and indecision: both a Sagittarius and a Pisces want a relationship, but they also both want to be independent. In order for this pair to work, they have to sit down and figure out who wants what. 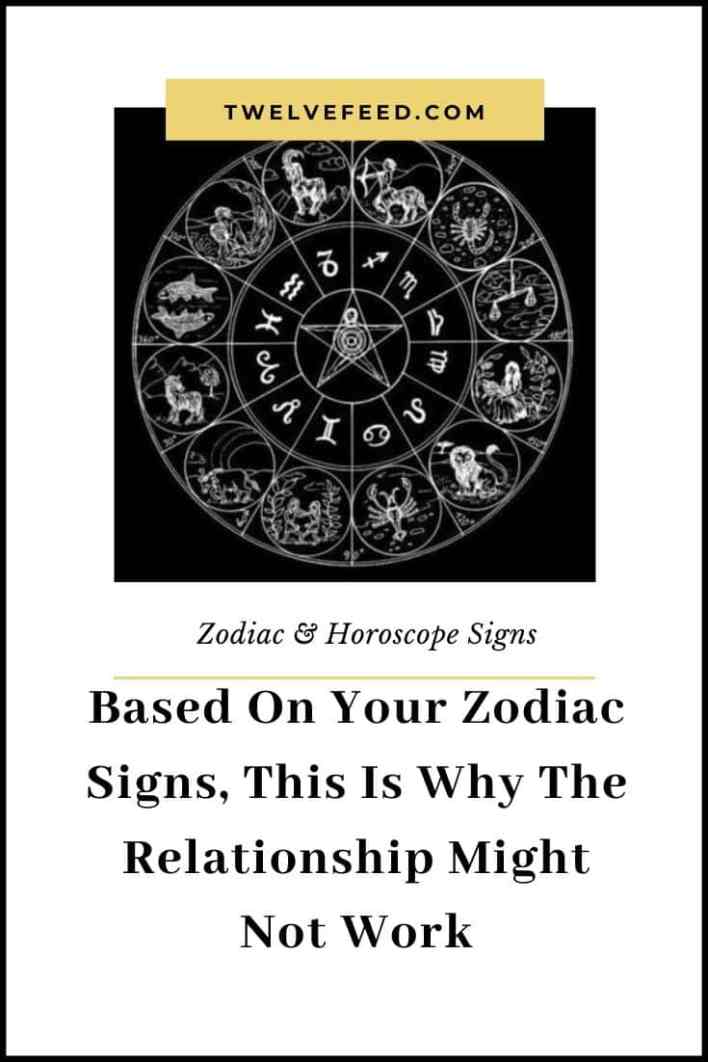