If you’re wondering whether a girl can ask a guy out, of course, she can.

But there are a few things to remember before you take the plunge.

And it’s natural to want to ask a guy out. And it’s easy.

But you shouldn’t do it unless you have no other alternative.

[Read: The seven stages of love for men]

Most guys say they’re completely fine with it when a girl asks a guy out.

Some guys even say they prefer it because it takes the pressure off of asking a girl out.

But ask us, and we’ll tell you the answer. You shouldn’t do it.

Now we’re not being uptight or prejudiced about the male species and their ways. But that’s just the way stolen glances and love works.

Guys and girls are different in many ways.

And especially when it comes to a relationship, great guys like a good chase.

[Read: Why guys like a chase and how to make it work for you]

When you tell a guy you like him, it’s not really disappointing, but a guy would never understand how special you are.

Nor would he understand how much he needs you until he doesn’t have you.

It’s too easy, like a free brochure that you get in your mailbox now and then. It goes straight to the bin. [Read: Secret law of attraction in love]

Can a girl ask a guy out?

If you like a guy, and want him to stick around, you need to make him like you back before you even ask him out. It’s quite pointless to walk up to a guy and tell him you like him. And the conversation’s going to sound like this.

Girl (nervous): Hi, I like you, and I was just wondering if we could go out sometime…

Girl (relieved): How about we go out sometime?

Boy (happy): Yeah, sure, how about Saturday night?

And then, the girl’s happy and the boy’s happy too. And the boy goes to his friends. He learns to brag.

Boy (boastful): Hey, check this out. That girl we keep bumping into, you know, the girl with the awesome boobs, she just asked me out.

Friends (in awe): Oh, yeah?! That’s hot, dude… so what are you gonna do? Lay her this weekend?

The boy scores, looks good in front of his friends, gets a date and a swollen ego and thinks he’s a chick magnet. The girl may be very sweet, but he doesn’t care. All he cares about is the fact that the girl asked him out. So he must be charming, sexy and could get any girl he wanted. [Read: 10 steps to make a man fall in love with you]

Everyone else soon finds out the girl asked the guy out. The girl appears needy and easy to get. The guy looks like a rock star.

You see, it’s easy to ask a guy out. But when you do that, almost all guys lose the point. He won’t realize that a nice girl asked him out, he’ll assume he’s really good and all girls will love him.

Can a girl never ask a guy out?

Of course, a girl can ask a guy out and the relationship may even go very far on the road of happy love. But in most cases, it doesn’t work in the girl’s favor.

Men love the idea of having women swooning over them. Why do you think James Bond is such a big hit? For his well cut suits? And what about the axe effect?

While guys may feel relieved to cut straight to the chase, or in this case, even skip the chase completely, they won’t add you into the equation. For a guy, that moment when you ask him out isn’t a chapter in the book of romance. It’s the first step towards realizing how sexy he is! [Read: How to know if you are in love]

Confident girls and guys who love them

Now many guys may disagree and claim that they love a confident woman who has the cojones to walk up to a guy and ask him out. But this isn’t always the case.

At the end of the day, let’s face it. All a girl has to do is drop a few signs and if a guy does like her back, he’ll probably pop the question even before the girl thinks it. It’s safer, and an easier way to get to know if a guy likes you, sans the embarrassment of a guy turning you down. [Read: Love at first sight – The real truth]

So can a girl ask a guy out ever? There’s just one type of guys where a girl asking a guy out is the only way forward. If you’ve fallen for a cute shy guy. These guys are nice, but they’re just so shy and awkward, it’s embarrassing! You can walk past them with a marching band singing “she’s in love with you” and the guy might just sniffle and try to slip behind the wallpaper. 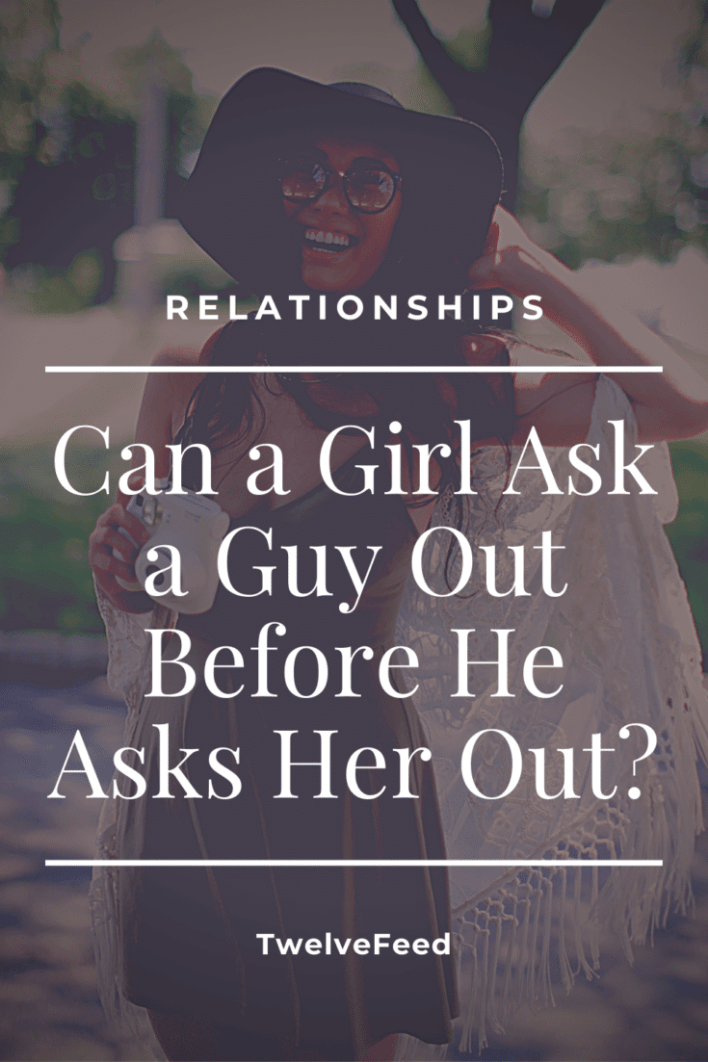 How Each Zodiac Acts When Their Almost Ignores Their Texts

7 Things to Know Before Dating a Type A Personality