Admit it: you’re obsessed with the relationship status of people you don’t even know personally. But it makes sense — while drama can be fun sometimes, there’s something really heartwarming about seeing a celebrity couple who seem to be so happy together. In fact, it’s almost inspiring to see two people madly in love. You may even see something in a celebrity couple that you strive to have in your own relationship. Everyone wants a happy and healthy relationship, and it can be so uplifting when you see your favorite celeb appears to be in one. Here are some celebrity couples that most people look to when dreaming of their own ideal relationship.

It’s clear from both their social media interactions and the way they talk about each other that these two are more than husband and wife — they’re best friends. According to TIME, the pair met when Chrissy starred in a music video for John in 2007. Once the project was complete, the two got some In-N-Out burgers and then went to John’s hotel. The rest is history! They went on to have two children, Luna and Miles. If constantly sharing snaps of their silly little family on social media wasn’t couple goals enough, John’s romantic hit song “All Of You” was written about Chrissy. The song is so romantic it’s been played at plenty of weddings since it’s release!

Kristen Bell and Dax Shepard are also another perfect example of a couple that also happens to be the best of friends. According to PopSugar, the pair began dating in 2007. Things weren’t paradise from the beginning, however. Dax was a bit of a party boy at the time, while Kristen was the “good girl.” Dax shared in an interview that Kristen had doubts he could ever be a husband and father like she wanted. Dax eventually straightened up his act so he could be with Kristen, and the two have been adorable goofballs together ever since. The fact that Dax sobered up and committed to being the man Kristen deserved is super inspiring!

Miley Cyrus and Liam Hemsworth were super adorable from the get-go, immediately falling in love after meeting on the set of The Last Song in 2009. We mean, it was a movie based off of a Nicholas Sparks novel for goodness sake! Sparks were bound to fly. According to Seventeen, the two split in 2013 to take some time to grow and find themselves as individuals. When they finally reunited in 2016, they were more better equipped to deal with a mature relationship.

The couple were left traumatized when their shared home in Malibu burned down in the California wildfires, but it also put things in perspective for the two. The tragedy helped them see the gravity of their love for each other, and so the two decided to spontaneously get married. A couple that was brought closer together after a life-changing experience? It could not possibly be more romantic.

These two are automatically couple goals, seeing as they have been together for three decades! According to Goalcast, the two began dating in 1985 and married in 1988. It was shortly after that Tom had his biggest break yet after starring in Philadelphia, and was now one of the most sought-after actors in the industry. When one celebrity shoots to success so rapidly, it either makes or breaks the relationship they’re in. For Rita and Tom, it made the relationship. Rita stuck by Tom’s side throughout all the up’s and down’s of Hollywood, and then Tom returned the favor by sticking by Rita’s side after she was diagnosed with breast cancer. Rita said she was “amazed” at the care and support Tom gave her during that time. Aren’t you totally tearing up right now?!

This couple may actually make you believe in soulmates. According to Goalcast, Jada Pinkett Smith auditioned to play Will Smith’s girlfriend on The Fresh Prince of Bel-Air, but didn’t win the part. They went on to be friends, and eventually more as they began dating in 1995. Now over twenty years later, Jada and Will are adoring parents to Jaden Smith and Willow Smith. According to Jada, her connection with Will runs deeper than just the romantic stuff. They are family now, and they refer to themselves as “life partners.” Doesn’t that make you wish you could find your own partner to go through life with?!

This pair is not only couple goals, but also wedding goals! According to Narcity, Nick Jonas immediately got down on one knee upon meeting Priyanka Chopra for the first time and said, “Where have you been all my life?”

Needless to say, it was pretty obvious a wedding was in the cards even early on in their relationship. The two both bonded with each others families, which was super important as they are both very family-oriented people. They then had two extravagant ceremonies to honor both of their heritages. Their mutual respect for each other’s culture is super adorable.

While Justin Bieber and Haiey Baldwin certainly married quickly, the two have proven that they do not take that commitment lightly. According to Glamour, the couple had been off-and-on since 2016, but it was only a couple of months into their latest reunion in 2018 that they became engaged, and a couple months after that when they tied the knot. Still, both Justin and Hailey are dedicated to working hard at their marriage and sticking by each other through thick and thin. When Justin officially announced their engagement on Instagram, he wrote a long caption about his love for Hailey. “My heart is COMPLETELY and FULLY YOURS and I will ALWAYS put your first,” he wrote. Awwww.

This couple may actually be cuter off-screen than they are on-screen. According to Seventeen, Cole Sprouse and Lili Reinhart first got together after meeting on the set of their TV show, Riverdale. The chemistry between their characters Betty and Jughead is so passionate that fans thought there was no way the two weren’t together in real life. While some say it’s best to avoid dating a co-worker, Cole said that they “legitimately could not stay away from each other.” The two have been happily in love ever since, and Cole frequently uses his girlfriend as a subject for his photography, referring to her as his “muse.” Talk about romance!

The way these two look at each other can’t be beat! According to ELLE, Katy Perry and Orlando Bloom first started dating in 2016 after meeting at a party. The pair took a brief break in 2017, but just couldn’t stay away from each other and were back together by the end of the year.

RELATED:11 Social Media Pics Of Celeb Couples Who Are #RelationshipGoals & 8 That Are Flops

From couple vacations to couple Halloween costumes, these two are the epitome of couple goals. Orlando finally popped the question on February 15th this year, and now the two are rumored to be focused on starting a family. Congratulations to these two sweethearts!

Bella Hadid and The Weeknd are back together and going strong! According to Seventeen, the model and the singer started dating in 2015. There were many adorable moments from the relationship’s first go-around. For example, the Weeknd got Bella a Yorkie puppy for her birthday! Their conflicting schedules proved to be too much for them at the time, however, and they parted ways in 2016. The two couldn’t give each other up though, and were back together in 2018. The couple now live together, and Bella shared an extravagant rose petal display her man made for her on Valentine’s Day this year. This relationship is envy-worthy! 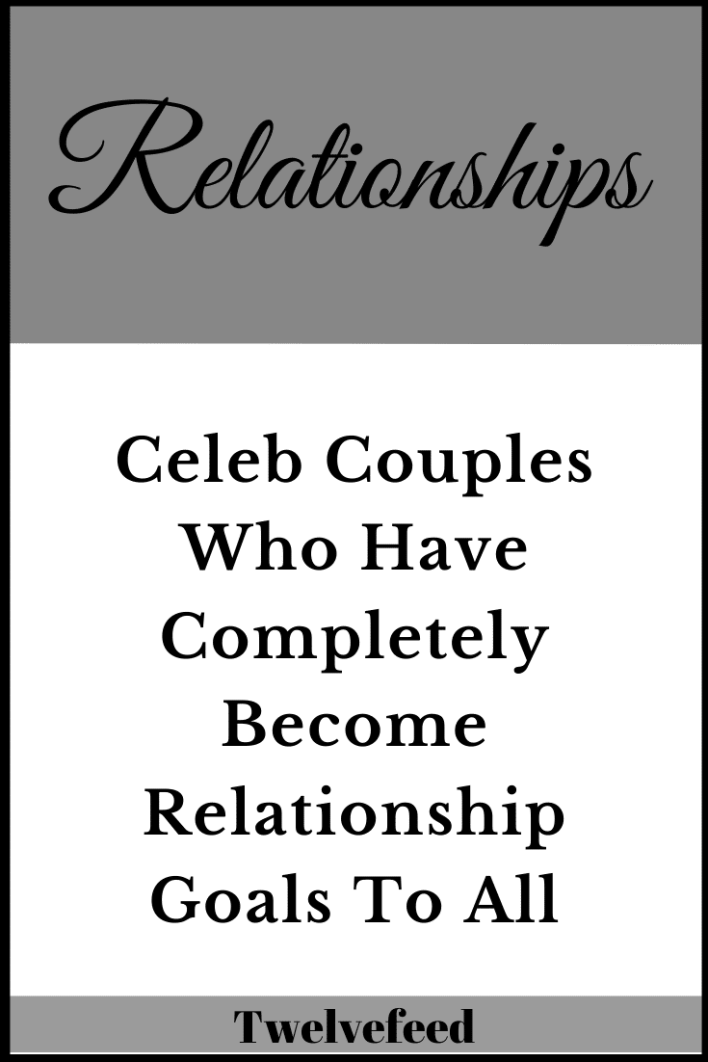