Okay, so when my husband and I first started hanging out, he was just coming out of a relationship, and I was currently in one. So, when he began telling me that he didn’t like women because, in the end, they were all crazy, my question to him was “were they crazy when you met them?”

Don’t get me wrong, I know plenty of people that I would describe as a crazy wife, but within their craziness are factors that you can’t see.

There is such a thing as a crazy wife though. I have seen it; truth be told, I have been one once or twice, or a thousand times. So, although we all can be a little off kilter at times, if you are consistently misbehaving, it might be a little more than just a bad mood.

Women are conditioned to handle everything. A multi-tacker at heart, there is only so much she can handle before she unhinges. If you have a crazy wife, then chances are good that you are doing something that is fostering it by not helping to stop it.

Whether it is ignoring her, not being appreciative of her, or running from her, if she wasn’t crazy before you met her and you got to marriage before the crazy came out, then you are doing something to perpetuate it. I promise.

#1 Nothing NEVER means nothing… probe more. If you ask her what is wrong and her answer is nothing, or if she uses the phrase “it’s fine,” those are two code words for things aren’t fine, and it isn’t nothing. Those types of passive aggressive answers mean that you best start figuring out what you did wrong before all hell breaks loose.

#2 Know her monthly cycle to avoid conflict. Yep, we turn just slightly crazier before our periods. If you know when it is about to happen, you can avoid the tide. Giving her a little extra breathing room, a little more help, or showing her just a little more concern during certain times of the month can help her get through the rough week ahead for you both.

I know that it seems like 90% of what we say you don’t need to know, but to avoid the crazy wife, you have to do this.

#5 When she slams doors, drawers, or plates around, that means “get your ass off of the couch and help.” Nope she isn’t just being sloppy, she is PISSED.

#6 If she is angry, don’t ignore it. I mean don’t ever ignore it! Just like a two-year-old, the more you ignore an angry woman, the angrier you make her. Suck it up, grow a pair, and find out what is making her so mad. Hell, even apologize.

#7 Anniversaries and birthdays are a huge friggin’ deal. Don’t ask why… they just are.

#8 If she is in a fight with her bestie, you are too, ghosting is a team effort. That includes family members too. You always take her side, period.

#10 Even if you know she’s on her period, don’t mention it or point it out, especially if she’s being extra crazy. Her period is something that you don’t ever talk about out in the open unless she initiates it. 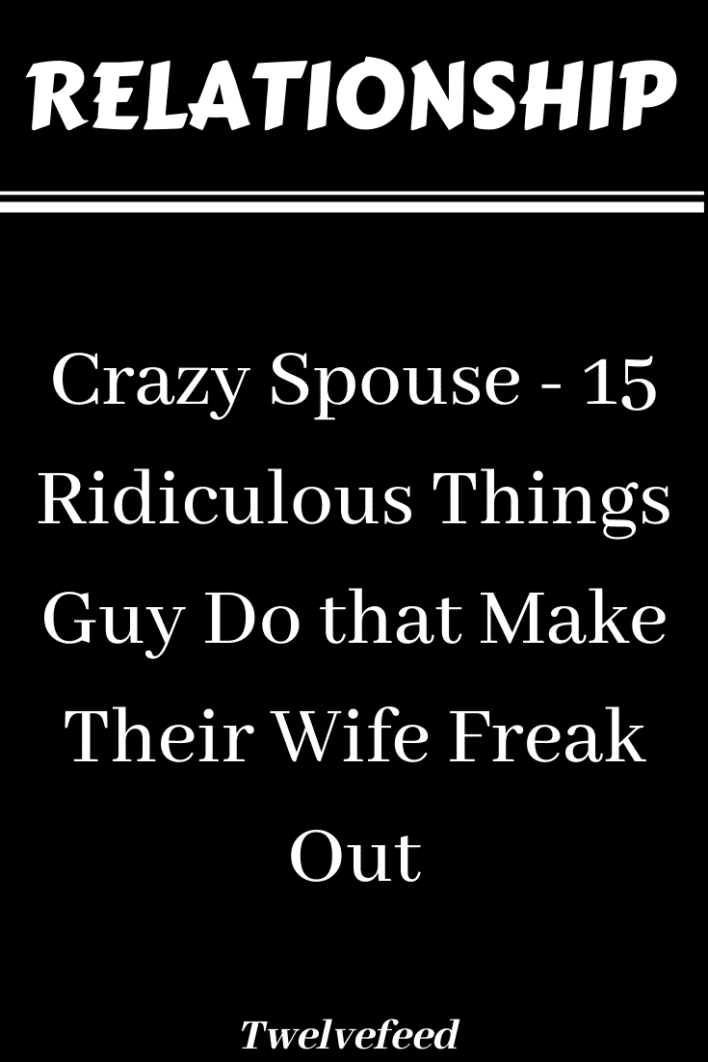