Buckle up, kids: December is gonna be quite the cosmic ride. After a relatively uneventful April, December comes in—and goes out—like that fierce, proverbial lion. There’s nonstop cosmic activity, so don’t get too comfortable. We’ll all have our hands full with major decisions, changes and unexpected plot twists.

The big headlines? December kicks off eclipse season, featuring both a solar (new moon) AND a lunar (full moon) eclipse. These tide-turning lunations sweep in for a deep spring cleaning, reshuffling our lives and priorities. Eclipses happen four to six times a year. While they can bring surprises and rapid, permanent change their job is to push us off the fence if we’ve been wishy-washy. Denial, avoidance, procrastination: These tactics are bankrupt when an eclipse blows through town.

The first eclipse arrives on December  8 in watery, emotional Pisces. This one is probably the gentler of the two because it’s a new moon (solar) eclipse, which heralds fresh starts. Since this is also a supermoon, any new chapters will be rather boldfaced and could begin abruptly. Ready or not, here you go! The Sun is also in creative and compassionate Pisces until December 20, so cue the orchestra: you could have some major #feels this month. This one is part of a two-year series of eclipses on the Virgo/Pisces axis that will run from December 2015-April 2022 .

The second eclipse (on December 23) is a biggie—it’s the grand final of a series on the Aries/Libra axis that began October 2013. This lunar (full moon) eclipse is in Libra, the sign of partnership. All of our contracts, commitments and dynamic duos will undergo a seismic shift, as the harsh light of this charged full moon reveals any cracks we’ve ignored or overlooked. On a positive note, this eclipse in diplomatic Libra could herald a groundbreaking moment of world peace—or the resolution of an ongoing conflict.

Meantime, optimistic Jupiter (which is retrograde in earthy Virgo all month) makes a couple of major aspects in December  . On the 16th, Jupiter forms a rare and harmonious trine (120-degree angle) to transformational Pluto in Capricorn. This meetup could shift the big goals and structures in our lives, or create a huge opportunity to take a risk in the name of success. On a global scale, we may hear major news about the world economy or the environment. Hopefully it will be positive, since trines tend to create ease and flow. However, they can also fling open every floodgate at once, bringing too MUCH of a good thing. Pace yourself…if you can!

On December 25, expansive Jupiter gets snared in a tense square (90-degree angle) with restrictive Saturn, a tense push-pull. It’s like gunning the gas and riding the brake at the same time. We may need to slow down if we’ve thrown caution to the wind, and ease up where we’re gripping the wheel too tightly. The key today: don’t overpromise and under-deliver.

December 25 also kicks off Saturn’s annual retrograde (backward) cycle, which will last until August 13. Saturn is retrograde in grandiose Sagittarius, further emphasizing the need to temper our risk-taking and do the research first.

Luckily, we’ll have the Sun in fiery Aries from December 20 on, renewing our hope as spring arrives and the zodiac cycle begins anew. December 26 is an especially powerful day, as the Sun will form an energizing trine to motivational Mars. Focus on what you want passionately and deeply—a Sun-Mars trine brings a surge of can-do power and life force energy. After this chaotic month, we could all use a hit of that! 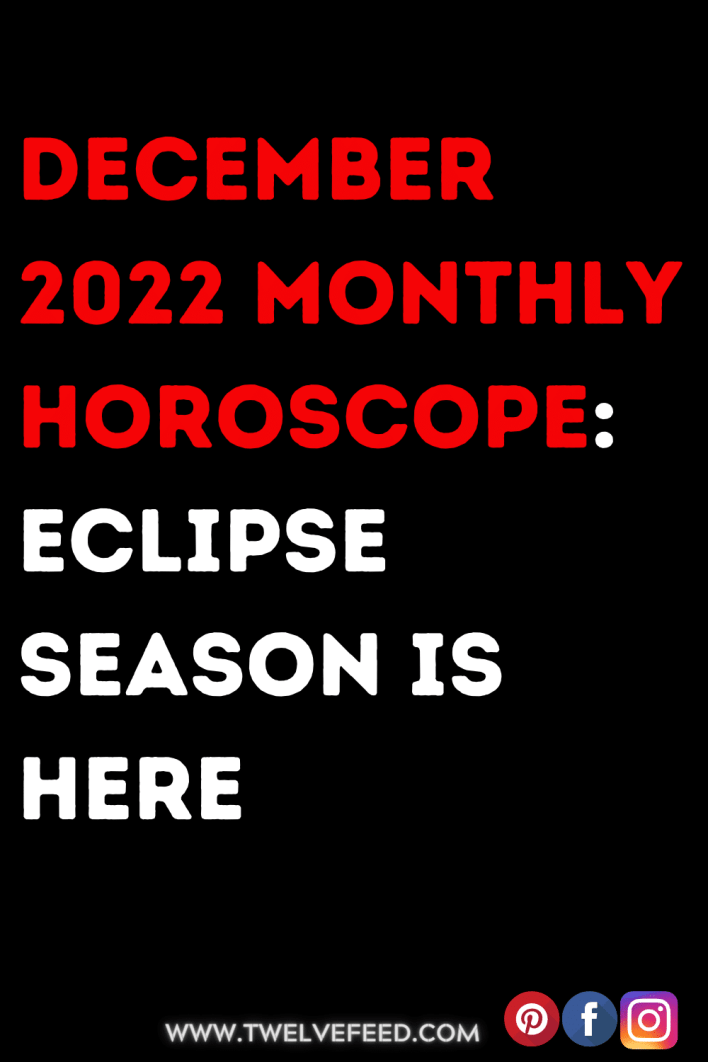 8 Rules For Men Who Want To Date A Single Mom