Let love reign…or rein it in? December begins and ends on two wildly different notes. On December 1, love-planet Venus will form the first of 2015’s three potent conjunctions (exact meetups) with expansive Jupiter. It’s rare that the two “benefits”—as Venus and Jupiter are called due to their highly positive influence—meet up so many times in a single year. December conjunction could be one of their hottest hookups. With fierce Leo infusing Jupiter’s adventurous, risk-taking spirit, we can expect grand gestures of affection, camaraderie, and romance. Just don’t take the magnanimous words completely to heart, because people are more than likely to exaggerate—albeit with the best of intentions.

December is also bookended by two full moons, on the first and last days of the month. The December 1 Capricorn full moon brings together our winter solstice wishes from back in December 2014. (Remember those? Kinda?) This full moon will travel in tandem with transformational Pluto, adding extra potency to any page-turning events that occur now. Pluto rules the unconscious, and the mythical ruler of the underworld likes to go into all the crevices of our psyches. It will be an interesting contrast to the happy-go-lucky Venus-Jupiter conjunction. In a best-case scenario, this day will give us both breadth AND depth.

Cue Beyonce: Girls will run the world for much of December. Alpha-female Cancer is ruling the skies, with the Sun visiting the she-Crab until December 22, energizer Mars until August 8, and communicator Mercury from December 8-23. But this is no shrinking violet situation, as the Cancer-positioned planets will but heads with Pluto in masculine Capricorn on December 6 and 16. It will be imperative that we have the right balance of structure and sensuality, yin and yang, sensitivity and sensibility. A few ego battles or power struggles could certainly ensue along the way. Here’s hoping the Cancer new moon on December 15 will get us all to put a little more love in our hearts.

The Sun will move into fiery Leo on December 22, lightening the mood swings. But don’t exhale just yet. On December 25, TWO planets turn retrograde (backward): sensual Venus and rebellious Uranus. Venus makes a U-turn every 18 months for about six weeks (the last round was at the beginning of 2014 if you can recall any speed bumps). All manner of interpersonal relations can go wonky while Venus backslides until September 6—first in Virgo, then in Leo from December 31 onward. To add some kind of silver lining, it’s a good time to work on relationship issues, resolve conflicts, and even reunite with an ex (don’t be surprised if one pings you unexpectedly). Astrologers typically advise people not to get married during Venus retrograde, but you can’t exactly halt the summer wedding industrial complex, sooooo…we advise renewing your vows a year later if you do tie the knot during this tricky cosmic patch.

With Uranus going rogue, the retrograde high season officially kicks into gear. Count ’em: FIVE planets—Venus, Saturn, Neptune, Uranus, and Pluto—will be retrograde for the last week of December. Aside from Jupiter, all of the “outer planets” are in reverse now. What to make of this? Well for starters, these planets are retrograde around the same general time every year, so it’s not such an anomaly. These slower-moving planets influence big-picture trends, so it’s a great time to take a big, summery step backward and reflect on your life from a nice observing distance. Give your big plans a tweak, or even press pause. Timing IS everything, and if you’ve been forcing an agenda, this is a good time to loosen your grip and let the universe lend an assist.

The month caps off with an Aquarius full moon on December 31. This one is also turbo-charged because it’s the culmination of a rare double-header of Aquarius new moons—the January 20 supermoon and the February 18 launch of the Year of the Sheep. So double the manifestations should be headed your way. Since Aquarius rules the unexpected, it’s anyone’s guess how things will come together. Embrace the spirit of adventure—and camaraderie. Here’s to your month! 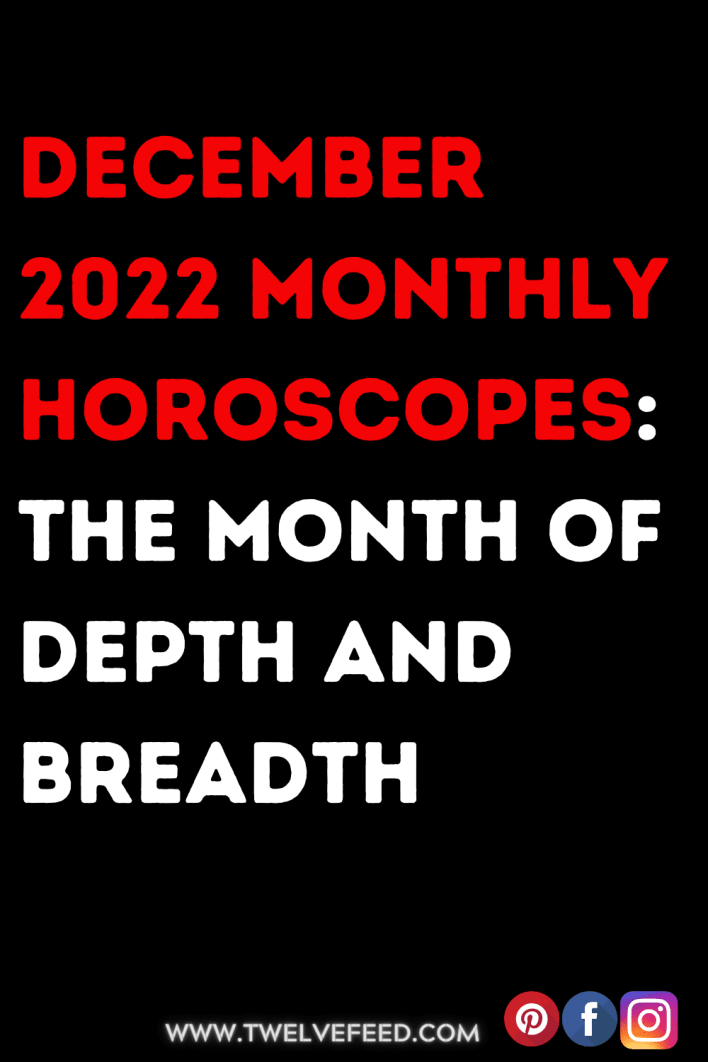 2023 Yearly Horoscopes: In With the New!

Body Positive Horoscopes: How to Love Yourself By the Stars in 2023