It seems like a romantic notion to move overseas in the name of love. Like something you see in a movie. In reality, it can be a difficult choice to take the leap to leave behind your family, country, and everything about your life to be with the person you love.

How it all began for me

Five years ago, I traveled in Bali, Indonesia, and met my husband. After dating for a while, I made the choice to stay in the country and get a job to stay with him so we could see where the relationship would go. Now we are married and have a child, and even though this decision has at times made me so homesick to the point where I feel haunted by my decision, I would make the same choice again if I had the chance because I love him more than anything.

The times when I feel like I made the wrong choice, times when I felt disconnected from my family and friends, or I felt like an outsider in a strange country, these are the ups and downs to living abroad for your love.

#1 Starting from the bottom in a new job role. Before moving to Bali, I had been at university studying psychology and felt unsure of what I would do afterwards. I figured I would spend some time with my partner and then figure it all out later. In the meantime, I enrolled in an online course to teach English as a second language (ESL).

I found a job fairly quickly, but you start again at the bottom of the ladder, no matter what your experience or previous jobs were back at home. It also seems these jobs are so readily available to working tourists who come and go, companies don’t necessarily pay well. Earning more money than what is enough to live month-to-month is difficult here.

On the other hand, the cost of living is much lower than back home, so an average expat’s wage is enough to get by. The best part about working for a school with other ESL teachers was that it gave me the opportunity to meet other westerners on the island, some of which have become very close and helped me get through some of the harder days.

There have been many times when I felt hopeless, but since learning to speak the local language and meeting other expats who are in the same position as me, it became much easier.

#3 Push yourself out of your comfort zone. While it can be daunting to get out of the house without your partner when they must work, you will thank yourself for it later. As mentioned earlier, when you make the move to live in another country to be with the person you love, you give up a big part of your identity. As well as learning how to do everyday tasks in another country, which leaves you overly dependent on your partner.

Once I told myself enough was enough and made the effort to get out and start learning to converse with other people and do things myself again, I felt much better. I got my international license, and a car to drive. I started going out, even if it was just to get groceries.

#4 Differences make or break a relationship. Being in a mixed marriage can be exciting and exotic, but it also poses extra challenges. Different cultures, religions, languages, and beliefs play a part in our everyday lives. At times, they get the best of us and make us feel as though we are worlds apart.

Other days, these differences bring us closer because we have so much more to learn about each other. We constantly teach each other about ourselves, helping each other learn new words in our new languages and so much more.

#5 Know when you will see the other people in your life. One thing I learned that helps with the homesickness is to make sure I know when I will see my family next. Whether it be them coming here for a holiday, or my husband and I going there to see them. It really helps. Not only does it help with the homesickness, it also keeps us from arguing as much.

#6 Take your time. When you make the move to another country, whether it is for love or for another reason, give yourself realistic expectations. Don’t expect for everything to fall into place and feel right the moment you step off the plane, because that is unlikely to happen.

Living in another country is very different to being on a holiday. Many people, including myself, feel let down when realizing the two are very different.

Also, take time with your relationship and let it grow naturally. Sometimes, when we invest so much into a relationship, we want to see it flourish very quickly. That also may be unrealistic, or make a relationship fabricated and may not stand the test of time.

Give yourself and your partner time to get to know one another and enjoy the honeymoon stage of a new relationship. I found at times we both expected more from the other person.

We both invested so much into the relationship so early on. Here in Bali, many people expect you to get married quickly and start having a family. Many found it confusing and were outspoken about the fact we didn’t get engaged until a year into our relationship and then got married another year later.

#7 What makes it all worth it. While moving abroad for the one you love may not sound like a fairy tale, it has many rewards. I found someone who also made the choice to live a different life to what they expected. My husband is very spiritual, and religion is a big part of his life. I know he would like to have me more involved in that part of his life.

However, he understands I have a different attitude to this and he doesn’t push me. He has been patient with me, and done everything he can to make me feel comfortable in his home and in his country. I know he does it all because he loves me as much as I love him. 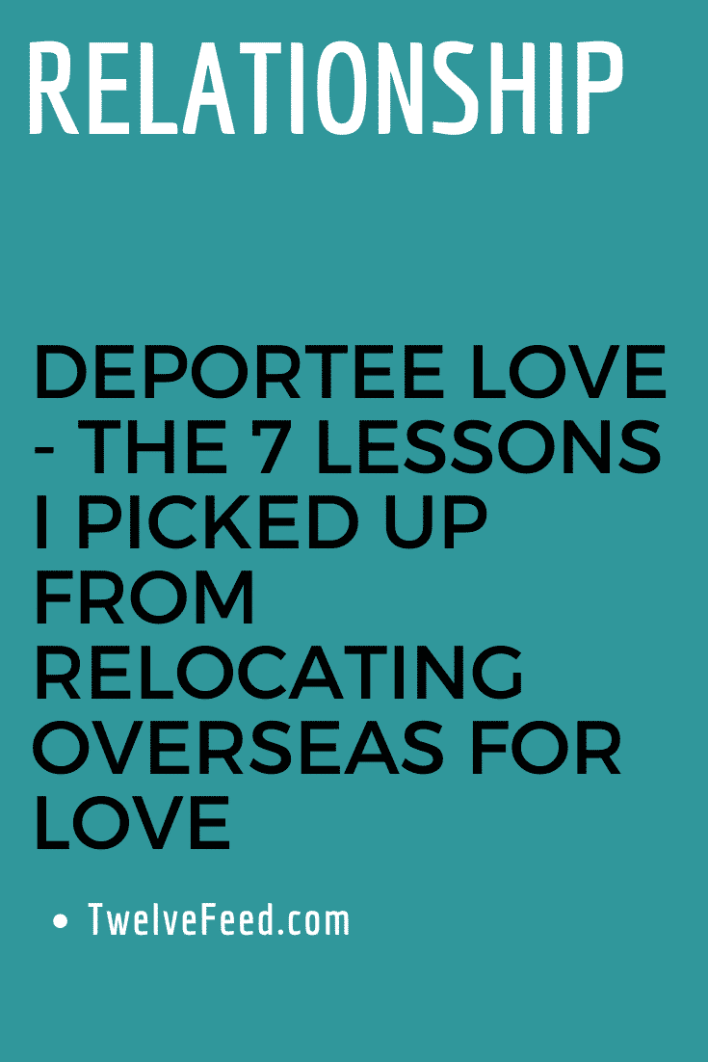 He Cheated on You? Just how to Get Over a Man Without Looking For Vengeance