Actresses Cara Delevingne and Ashley Benson have not personally confirmed their relationship, but the pair has been rumored to be more than just friends since they were first photographed together in May. Since then, a number of lovey-dovey paparazzi photos have fueled the rumors, as well some affectionate exchanges between the two on social media. The most compelling evidence of a relationship yet, though, is what an unnamed source told Us Weekly—Benson is reportedly “very happy” with Delevingne.

“This is the first girl she’s ever dated,” the source said. Furthermore, the source revealed that Benson’s relationship with Delevingne is her first healthy one. The couple has kept things mostly private, often shielding their faces from cameras during outings together. Most recently, on October 16th, the two were seen in Manhattan. Benson kept her sunglasses on, head down, and covered her mouth with her hand in the photographs. A bit more creatively, Delevingne kept a pink-and-black stuffed monkey wrapped around her face.

A comment that Delevingne left on Benson’s Instagram post earlier this week suggested that the couple is becoming a bit more open about their relationship on social media. On Monday, Benson posted a photo of a pink neon sign that read “You are magic.” Delevingne romantically replied, “Yes you are.” The post came after the pair attended a Magic Mike Live show together in Las Vegas.

A few photos in recent months silently confirmed the relationship, especially the shot of Delevingne leaning down to kiss Benson back in August. A photographer snapped the photo when the actresses traveled to Delevingne’s London hometown. Benson was also wearing a gold necklace with her own first initial as well as a ‘C’. Benson has been spotted with this necklace a few other times, and she even took a sultry selfie for Instagram where the chain dangled front and center. If photos like those doesn’t clear up any gossip, we don’t know what will.

There have also been reports of the two intimately dancing together at Delevingne’s birthday party in L.A. over the summer, as well as smooching during a Saturday Night Live taping, although no photos accompanied these reports.

We can’t wait for Delevingne and Benson to finally confirm their relationship for real. In the meantime, though, we’ll gladly keep looking at all their cute pictures. 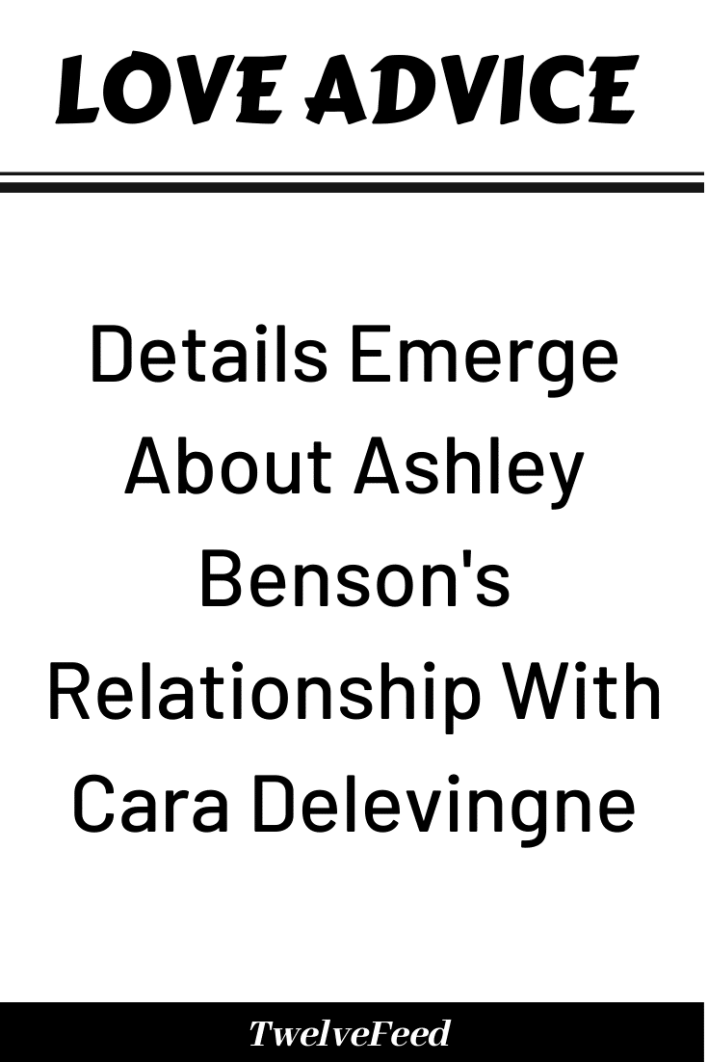 The Imperfection That Makes Your Significant Other Obsessed With You, Based On Your Zodiac Sign