Beards. They are the most recent and the most popular trend when it comes to male appearance. How they surged to such fame is beyond me. But here they are, and they don’t seem to be going anywhere anytime soon.

While many men who have previously kept a baby-smooth face are now taking “No Shave November” to the next step and just refusing to shave altogether, others are questioning the effectiveness of a beard when it comes to picking up the ladies.

How women feel about the sandpaper on your face

What about the women? Sure, beards are popular among men because of the masculinity associated with them, but how do women feel about this overgrown trend? No pun intended *okay, maybe a little*. Are we as keen to accept these facial monsters, or do we secretly hate them and want you to shave them off?

I dated someone who had what I would describe as lumberjack facial hair. You know, the kind of beard that grows in so even, and so thick, that it would make a bear jealous. His beard hair may have been more luscious than the hair on my head. Needless to say, I was a tad bit jealous.

But little did he know—until he reads this, that is—that although it looked really beautiful, it was kind of a pain when it came to our personal life, for a number of reasons.

While each woman may have her own opinion on thick, bushy hair on a man’s face, the wide majority of women share views when it comes to them. Using my own experiences, my roommates’ experiences, and those of many other women, we have put together this information to offer you reasons women DO like beards, and reasons they DON’T. [Read: 6 disadvantages of dating a man with a mustache]

YES. I have received this answer in spades. And in my own opinion, yes, they are attractive and I like them. However, each “yes” was shortly followed by an “if.” If your beard is described in any of the following ways, chances are that most women like it.

#1 It’s full. If your beard can grow in full and thick, it will look best. Women prefer beards that can actually cover the lower half of your face and not a beard that only looks half there. For primal reasons—meaning deeply engraved in our genes—women like full beards because it shows that a man has more testosterone. This translates to them being able to produce strong, healthy children.

I know when we look at beards, us women are not thinking about having a guy’s babies. However, there is a biological element to why we find excess facial hair attractive.

#2 It’s well-kept. This one is huge. If you’re rocking a beard that is combed, shampooed and just generally looks like you’ve tried to make it presentable, then women will find it attractive. Not only does it look a hell of a lot better, but it actually shows women that you put some time and effort into something—which is definitely attractive. [Read: What turns a girl on sexually or otherwise, about a guy]

#3 Shaped to perfection. This is a must. Your facial hair does not all grow in at the same rate and that is really evident if you don’t trim it in order to give it the proper shape. This is not Duck Dynasty. Keep your beard shaped to fit your face, and women will love it.

#4 It’s a little more than stubble. The sexiest length of beard is where it looks like you just got done with a week-long sex bender and haven’t had time to shave. You look like a scruffy, hot mess and we dig it—big time.

#5 It suits your face shape. Some men just don’t have a strong enough face shape to accommodate a beard. Sorry, guys! If you’re one of those guys who has a thin face without much bone structure, a beard just isn’t for you. Your face will get lost beneath it.

#6 It adds to your appearance. Another must! If your beard makes you look better—which, let’s be honest, most of the time it will—then women will like it. If it makes you look less attractive, ditch it. [Read: 50 cute and sexy things about a man that women really love]

NO. While many women may like your beard for the above reasons, if you’re growing one that meets any of the following descriptions, you may as well shave it off and call it quits, because that’s what each woman who it comes into contact with it will be doing to you.

#1 It’s patchy. This is just not cute. Or sexy. Or attractive in any capacity, really. You’ll grow in your neck beard but then have barren cheeks? No. Just shave it all off and maybe—for those younger men—someday you’ll be able to grow it in thick.

#2 Thin and straggly. Some guys just have thin facial hair. Even though it may seem coarse to you, if you grow it out past a certain point, it can get thin and straggly-looking. You’ll most likely look like a serial killer, and women might just treat you like one and steer clear of that beard. [Read: 10 types of creepy guys most girls avoiding talking to]

#3 It’s far too long. Come on, guys. You’re not Dumbledore. You can’t rock a two-foot-long beard and make it look good. It’ll make you look a LOT older than you are. Say, 50 years, or so.

#4 It’s uneven. Your beard NEEDS. TO. BE. TRIMMED. You can’t just let it go and never expect to trim it to even it out. Women think it’s gross if your beard is all over the place. Trim it up and they just might like it.

#5 Your hair doesn’t match. This can mean a couple of different things. Firstly, your hair color. Men who have one color hair and a completely different beard color should just shave. Women won’t like this.

If your haircut is not up to par but your beard is, it will throw the whole thing off and it will not look good. Get a slick haircut that compliments your beard—it’ll be worth it. [Read: What men think impresses women, and what actually does!]

MAYBE. Now, there are other reasons aside from appearance that make women dislike beards. Here are just a few from my own experience, that may not apply to all women.

#1 It HURTS. Coming from someone who has made out multiple times with a guy who has a full beard, let me tell you that—OUCH—it hurts. It’s basically rug burn on your face, and I don’t know about you, but that is not fun and I do not like it.

#2 It makes a mess in the bathroom. You have to keep your beard trimmed and well-kept in order for it to be attractive. This means that there’s going to be little tiny hairs all over the bathroom. Personally, I hate walking into a bathroom and going to wash my hands with a sink and counter full of pube-ish looking hairs. Ick!

#3 It is unhygienic. Your beard is gross. Okay? You drop food in it, you sweat and it gets stuck in it, and honestly, you probably don’t wash that thing in the shower. Am I right? It just seems unsanitary, and I do NOT want to get my face near that—and many women would agree.

Beards can be extremely sexy! But they can also be super unattractive. To find out which category yours falls in, and if women like your beard, take a look at the categories above and you’ll have the much-sought-after answer. 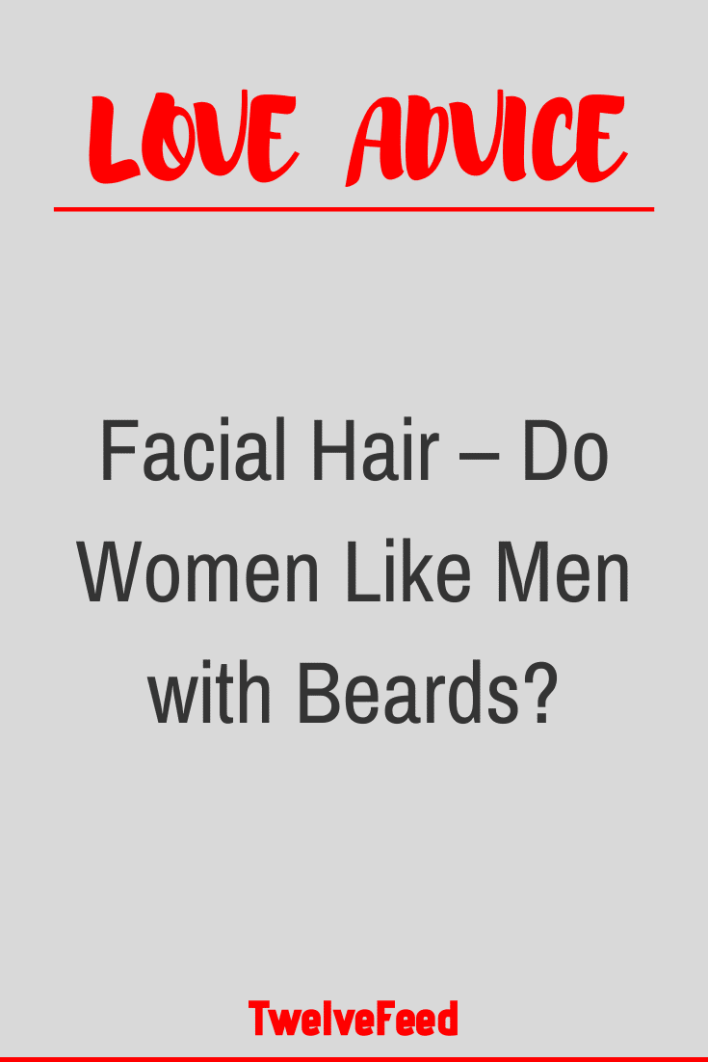