Every girl has once dreamed of meeting their Prince Charming, their mighty savior on a white horse who can finally transform their fantasy into a tangible reality. The trouble with these kinds of fairy-tales is that they often end at the point where the relationship really begins. However, our ideal definition of a “perfect man” doesn’t really give us the genuine reality of finally being with that one person who will make our world magical – especially if we talk about long-term relationships.

Let’s be realistic and talk about what really happens when you’re finally in a relationship, especially if this is your first time to be in a serious commitment.

I was single for 20 years and just the thought of being with someone used to be all together scary, confusing, yet exciting and wonderful. I had certain expectations for how things should run if I would be in a relationship but I was completely thrown off guard when those expectations weren’t exactly met when I’ve finally found him.

To have a healthy relationship, you have to face reality  Just like me and everyone else, we’re still learning and trying to do our part in creating a perfect relationship with our boyfriend but these points will help you become better at everything you do as a lover, a companion, and as a lifetime partner.

#1 Expectation: You expect a perfect partner.
You expect him to understand you all the time no matter how annoying and naggy you get. Someone who will change for you, and who’ll spend the rest of his time just to be with you. You have that certain definition of a perfect guy in mind. You’re stuck with the idea of perfection and it’s hard for you to accept those flaws.

Reality: You need to accept his flaws.
Life isn’t perfect and neither are people. Remember the saying “Nobody is perfect”, we all make mistakes and no one ever gets to an age where he suddenly knows all the right decisions to make. Thus, you have to accept each other’s flaws, because being in a relationship means embracing the fact that there is no such thing as a “perfect” partner in love.

#2 Expectation: You expect him to be a gentleman.
Who wouldn’t want a guy who will open doors for you, pull out chairs, pay the bill on a date, or do any gentlemanly gestures that would make you feel like a real-life princess? Well, these qualities are quite rare in today’s generation but not really a necessity when proving one’s good intentions.

Reality: He doesn’t have to open the door for you.
Some men are kind, generous, respectful and caring but not the traditional gentleman. Let’s view things in a positive way, some of them  acts that way not because they doesn’t respect you. But because they believe that you are strong and equally partner in a relationship. They doesn’t always do the things that gentlemen do because they know that you can do it yourself.

#3 Expectation: You believe in happily ever after.
Imagine those fairy-tales we usually see on TV when we were still young – who would have thought that they can have a great impact on how we perceive relationships? We all got such a jaded picture of love at a very young age.

You get the idea of a Prince Charming who would cross countries and slay dragons just to prove his love to the Princess. Or waiting for some knight in shining armor to show up and solve all your problems.

Reality: It’s not always about happiness.
However, in reality, real love is not like the movies you’ve watched and books you’ve read. It’s funny how it tricks the youth for generations with their unrealistic golden-spun stories of love and romance.

Entering in a relationship will make you realize that love is not always about happiness. You will experience pain and struggles as you go through it. It’s easy for relationships to get lost in the shuffle of life and failing to nurture it can spell trouble in the long run. But always remember that facing and working through it will make the bond between both of you stronger and long-lasting.

#4 Expectation: Having someone to depend on.
You have someone you can totally depend on. It’s like you can’t live a single day without him. You expect him to give everything you want and to be by your side whenever you need a companion.

Reality: You have to be independent.
In reality, being in a relationship is not about having someone who would provide everything you want as a partner.  It’s nice to have someone giving you everything you want but, you can’t be dependent on one person all the time. Dependence can come as a sign of controlling behavior that you should always keep a lookout for as well. It’s not healthy for you and it’s not healthy for him either. Being independent is way better than being too dependent on your boyfriend.

#5 Expectation: He genuinely enjoys spending quality time with you without any distractions.
You imagined just the two of you, having a picnic or a dinner date at a fancy restaurant without minding all the people around you. It is such a wonderful feeling spending quality time with your boyfriend away from all the distractions of the outside world.

Reality: You’ll be spending time at home while he’s playing his favorite video games.
But then, you realized that reality is far different from your fantasies. In fact, as time goes by you’ll be spending hours with him playing his favorite video games and expect this to be a part of your daily ‘bonding’ moments. At first it might be tough and at the same time boring but you’ll get used to it, because once you’re in love, you will also learn to adore the things that make him happy.

#7 Expectation: You expect him to understand you all the time and to be sensitive about how you feel.
Girls are often moody. They need someone who would understand and would deal with their grumpy side. No matter how stubborn they are at times, they expect you to still court and persuade them. They’re looking for someone who would pamper them with food when they’re having tantrums.

Reality: Small things become the root of all misunderstandings.
But guys are sometimes insensitive and most of the time oblivious so they won’t know when you feel angry, or what makes you feel irritated – until you tell them the real reason behind it. Arguments, Small fights, crying, and laughing, we all have these expectations of what it can be like. However, they’re not all that bad. There is no such thing as a perfect relationship and the truth is, a real relationship becomes stronger in every fight and struggle that couples experience all the time.

At the end of the day, it won’t matter whether you have this perfect, fairy-tale-like relationship. What will matter the most is how both of you did your part to create a better, stronger bond that can overcome the greatest challenges that you may face in the future. 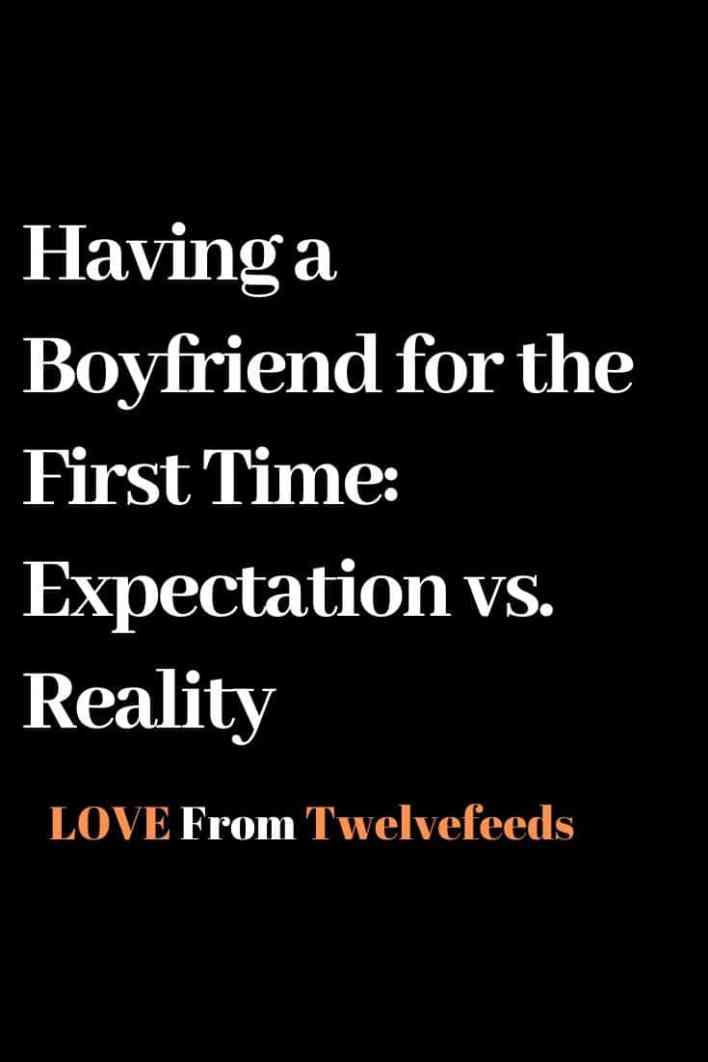 12 Ways to Have a Healthy Relationship with Your Boyfriend