I once fell headfirst into dating a “nice” drug dealer.

This came right after I heard a talk on the “you might be called to singleness” mantra coupled with the Christian “modesty pledge.”

It was a Sunday afternoon in a room that badly needed re-carpeting. After hearing a long talk about from an older, single woman how she actually did enjoy her life because it was God’s best for her and we needed to accept that singleness might be God’s plan for us too, I decided there was no time for standards in my dating relationship. Doubtless, she had excellent intentions, but they were lost on me.

Mr. Nice Drug Dealer and I didn’t last long, because he was just one of many men I tried to fix, to heal, to save. My love never changed him. He was, however, my last hurrah in the camp of believing lies about relationships and having no standards for my dating life.

Years into marriage and a whole host of dating mistakes (and one nice drug dealer) behind me, here are some helpful things I’ve learned about relationships—often the hard way, but learned nevertheless.

Here are 7 things women should know about relationships:

1. Your love isn’t changing him. A misunderstanding of this truth is why we date bad boys and “flirt to convert.” We love a good Beauty and the Beast story with notions that our love will help our man turn from his old ways and embrace purity, maybe sobriety and even Jesus.

2. Men want to feel needed. It’s important to be independent and capable of looking after your own needs, but if that turns into carrying a “I’ll never need a man” chip on your shoulder, you may drive him away. Men like to know they are needed in your life. Whether it’s fixing your car, providing financially for you or solving a problem, men actually like being asked to help. Create some space in your relationship, give up some control and don’t be afraid of giving him the opportunity to help.

3. He already has one mother. The trash he won’t take out, the football he won’t stop watching, the shed he won’t organize. It’s easy to calmly remind him before work, after work, before bed, and then start all over again the next day—growing just slightly more pointed each time. Early in my marriage, I believed asking my husband over and over to do something in a nice voice didn’t count as nagging—but this is not the case. Nagging produces negative results. Focus on the positive in your relationship and pick your battles.

4. You deserve a lifetime commitment, not just a social media one. The truth is, many women don’t believe they deserve any better than the occasional text or a late-night rendezvous. If you want a lifetime commitment, you need to set your standards accordingly. A late-night “Out tonight?” text? You were made for more than pathetic attempts at dating. Hold out for the guy who will be in your life for the long haul.

5. Manipulation will sour your relationship quickly. We cry or tell half-truths to make the situation come out in our favor. Winning an argument or getting your way does nothing to better a relationship—and may in fact worsen it. Be forthright, and learn to navigate conflict through healthy communication and compromise.

6. Men are not mind readers. We all know this in theory, but a lot of times, we act as if the men in our lives should know exactly what we’re thinking without us having to tell them. If you want your guy to tell you you aren’t fat or to spend more time with the kids, ask him directly. Give him a chance to respond to your desires instead of expecting him to read your mind. Use words, instead of stomping around the house or pouting.

7. He’s not your last chance. Many women stay in bad relationships, falsely believing he’s their last chance. Whether we think we’re too old, too long-gone, too messed up or have put too much time into a relationship—it’s commonplace to stay with a guy because we think it’s either him or being alone for the next 30 years. I know the statistics, I know how hard it is to find a good man—but don’t buy into the lie that a mediocre relationship is your last chance.

If you walk away from this post with one nugget, know this: Love isn’t hopeless. Don’t believe for a moment that God doesn’t see the heartache in your relationships, in your marriage, in your singleness. It is never too late to start making decisions now that will affect your relationships in the future. Hope will never disappoint. 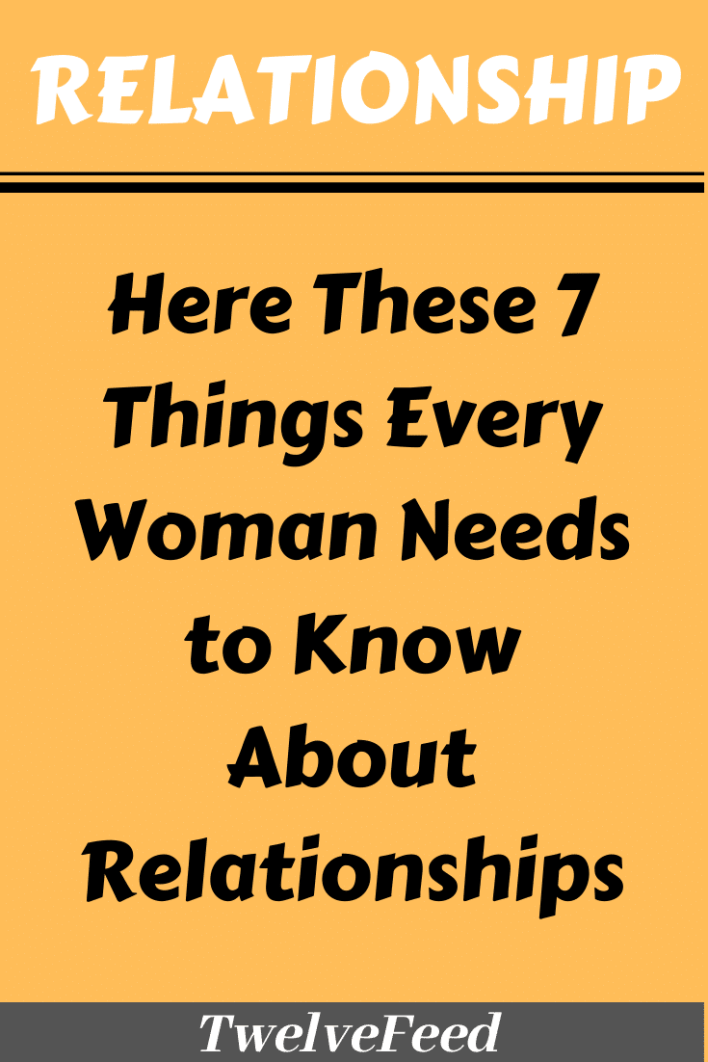 Here These 8 Pieces Of Movie Relationship Advice You Should Ignore

Here These 10 Ways to be More Mature in a Relationship