Maybe you’re straight, maybe you’re gay, or bi, or even sexually fluid. Whatever your sexual orientation, it’s obvious to everyone who isn’t living under a rock that being straight is the “preferred” way to be – if for no other reason, because you don’t get criticized or rejected for it.

Even though the term has been around since 1991 *created by Michael Warner as part of ‘queer theory’* not everyone has heard of it. And lately, it seems to be more common because of all the changes that have happened in our society over the last few decades.

Whew! That was a mouthful, huh? Okay, in plain English, it basically means that if you aren’t comfortable as either a man or woman, and not attracted to the opposite s*x, then there’s something wrong with you.

What heteronormativity does in our society

Well, I guess it depends on who you ask. An 80-year-old bigot would say yes. They would probably say something like it’s destroying the traditional family. Or that “those people” are mentally ill. Again, not cool.

But most of us non-judgmental people do think heteronormativity is bad. And here are the reasons why:

#1 It suppresses groups of people. I know most of us weren’t alive during the civil rights movement, but we’ve all heard about it. If you have never seen the movie The Help, you should watch it. It’s a glimpse into how African Americans were treated back in the mid-20th century.

Separate bathrooms, separate areas of restaurants and buses, and just overall treatment as if they were sub-human. It was awful. The same can be said for women at a time in our history.

#2 It promotes hate. Assuming that there is ONLY one right and that everything else is wrong leads to hate. If a person doesn’t fit into someone’s vision of what is “right,” then the emotions, thoughts, and actions that result against that person can be horrendous.

Hello? Anyone remember the Holocaust from history class? Yeah, it wasn’t a good time to be Jewish in Germany in the 1930s and 1940s. And while that’s an extreme case, so many people harbor hate against people who are different than they are.

#3 It separates us. Most religions of the world promote loving one. Although that obviously is very rare in this world – unfortunately.

People are almost always looking to find ways that we are different, and not how we are SIMILAR. Because believe me, we are all humans. And that means we all have the same basic needs.

#4 It perpetuates ignorance. One of the reasons for bigotry and hate is ignorance. For example, many people are against transgendered people using the public bathroom of their choice.

One of the common arguments for this is that, “Our children use those restrooms, and who knows what they will do to them?!” In other words, they are implying that all transgendered people are sick, twisted, child molesters. Ummm, no.

Consequences of heteronormativity on people who aren’t heteros*xual

All of these expectations, hate, and suppressions take a toll on people who do not fit into heteronormativity in our society. And that’s wrong. Here are some of the consequences of living in a culture that constantly criticizes and rejects anything outside of what most people think is “normal.”

#1 Low self-esteem. Okay, we all know what it feels like to feel bad about ourselves, right? I mean, about 0.00000001% of the population looks like a super model.

#2 Confusion. If you’re heteros*xual, can you imagine how difficult and confusing it would be to be gay, bis*xual, or transgendered? Most of us take for granted that we are comfortable in our own body. And/or that we are sexually attracted to the opposite sex.

But how would it feel if you didn’t feel like that… for as long as you can remember? Confusion is an understatement.

#3 Rejection. When you are different than most people, rejection is inevitable. Because of hatred or ignorance, lots of people don’t support people who are not in the “social norm.”

#4 Bullying. Bullying has existed probably since the caveman days. But, it’s even worse now because people don’t just have to do it face-to-face anymore. It’s a lot easier to sit behind your computer or phone and spew out hateful comments to people who don’t fall onto the heteronormativity spectrum.

And bullies also like to gang up on the ones who are perceived as “weak” or “different,” so yeah. Non-heteronormative people are a prime target.

#5 Social shunning. And it doesn’t just have to be the bullies who don’t treat non-heteros*xual people well. Just because people aren’t actively bullying other people doesn’t mean that they are welcoming them with open arms either.

#6 Fear. So, if you don’t fall on the heteronormativity scale, then you might not want to be around a lot of people. In fact, you might even fear them if you have been rejected, bullied, and shunned by enough people. Heck, who wouldn’t have fear if that happened so frequently?

#7 No hope for the future. What if your parents have shunned you? Or your church? Or your friends? If someone feels like they have no social support, how can the feel hopeful about the future? And then their imagination goes wild thinking that perhaps all people in the world will reject them *which isn’t true*.

#8 Depression. I’m not saying that all people who aren’t in the realm of heteronormativity are depressed. But let’s face it – with all the horrible bigots and phobic people out there, it would difficult to not feel sad a lot. When people are beaten down so often, they will just emotionally shut down.

#9 Self-harm. Again, not everyone will harm themselves. But there are a lot of people in the world who do. Whether it’s cutting their arms or legs or some other form of self-harm, they are desperately trying to find a way to cope.

#10 Suicide. God willing, most people won’t get to this desperate point. But as we all know, suicide is a real problem – especially when people are constantly bullied and rejected. And how sad is it to think that it can be prevented. 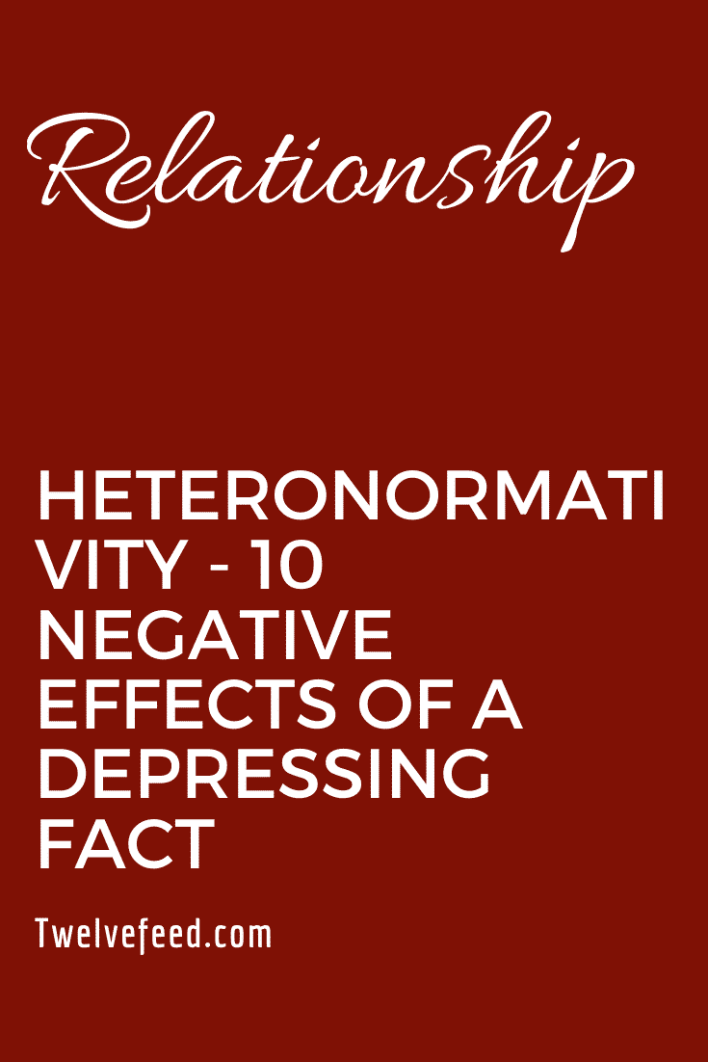