Sometimes, when you try to talk about an issue in your relationship, you often end up with more fighting and arguing than actually solving the problem. It can be because you’re starting the conversation wrong, or you’re not using the right words to express your viewpoint.

Other reasons may come from your inability to see your mistakes and admit them. While doing so can protect your pride and how you see yourself, imagine how it would affect your relationship in the long run?

If you think that you’re not good at resolving issues as a couple, this article will teach you about how to discuss relationship problems without fighting.

Here are the things that you should remember.

1. Stop trying to prove that you’re right all the time.
You make mistakes. Don’t insist that your opinion and your ideas are the only acceptable ones, especially if you’re trying to resolve a relationship problem.

Aside from the fact that wanting to be right all the time won’t solve the real problems and will just add new ones,  it can also make your partner feel that their side of the story doesn’t matter to you.

ALSO READ: 10 Relationship Problems and the Solutions to Fix Them

Again, you’re trying to resolve a problem as a team – not to win a debating contest against each other.

3. Never attempt to dismiss their opinions.
In relation to the previous section, it’s important that you give them the chance to introduce their ideas and support their opinion. Don’t dismiss their own version of the story just because it doesn’t match your own understanding.

Your partner’s voice matters, too. You are in a partnership and you have to equally consider both sides.

4. Pay attention to their words, not your emotions.
When they are talking, pay attention to what they have to say – and stop focusing too much on how you feel at the moment. This is important especially if a problem made you angry or frustrated.

Sometimes, when you’re too angry, you no longer hear your partner because all you want to do is to explode. Try to calm yourself down.

5. Don’t let anger blind your judgment.
Speaking of focusing too much on how you feel and forgetting how your partner feels, don’t let your anger do the talking. If you think that you’re not yet ready to talk, then give yourself time to calm down.

Don’t make decisions when you’re both angry because you’ll surely regret them in the end.

6. Protect your partner’s feelings, not your pride.
Sometimes, it’s better to be kind than to insist that you are right. When your partner made a mistake and it affected your relationship, you don’t have to punish them and make them feel like they are the worst person in the world.

Instead, show them why what they did was wrong. Give them a chance to realize their mistakes without making them feel worse. Help them become a better partner.

7. Always keep an open mind.
Don’t dismiss an idea or opinion just because you think that, based on your own standards, they are ridiculous, childish, or immature.

Sometimes, your partner does something that makes you question their love or loyalty to you. However, always keep an open mind about the things and events that may have caused or motivated their actions.

Realize what caused their reaction and talk about it in your conversation.

ALSO READ: 12 Ways to be More Understanding in a Relationship

Focus on the present issue and don’t go outside of it. Most important, don’t let it go until you resolve it – so that it won’t come haunting you in the future.

Calm yourselves down, give each other the time to cool off, and hope for the best. Do everything you can to hold on to your relationship, as long as being together is better than breaking apart.

You both need time to rest and recover from the emotional and physical cost of trying to resolve an issue. It’s normal and it doesn’t mean that you’re tired of each other.

Don’t let your arguments destroy your relationship. It’s normal to encounter problems when you are dating another person, so make sure that you know how to handle them properly. Hopefully, this article has helped you do just that.  Most importantly, make sure that after trying to resolve a relationship issue, you are still both whole and happy – not scared and emotionally scarred. 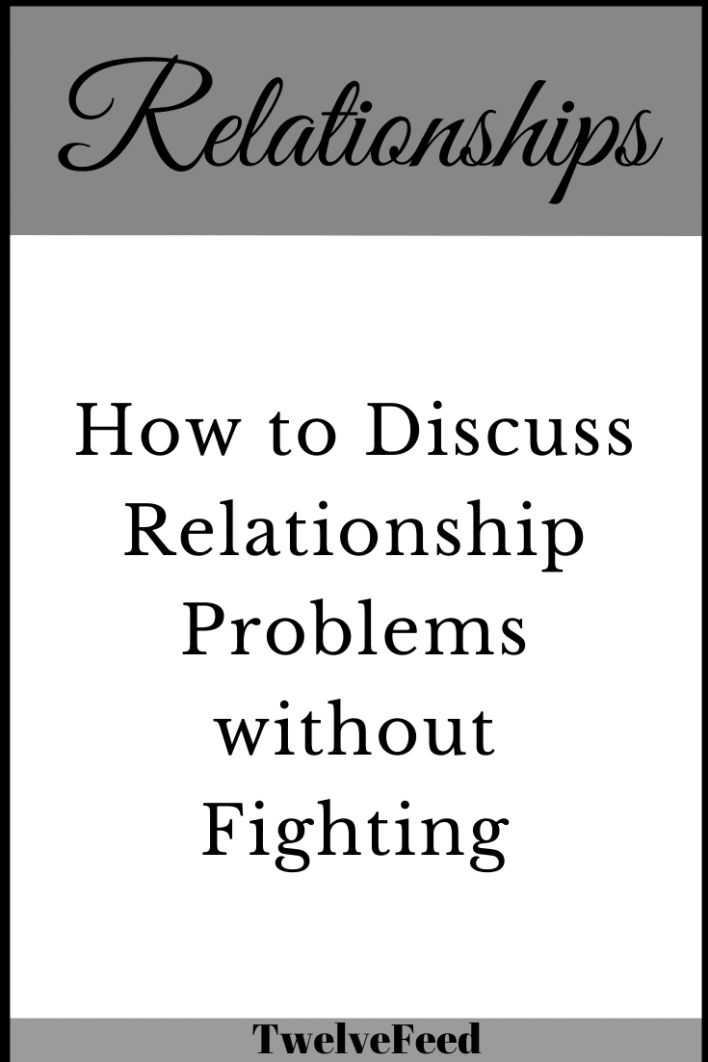 How to Solve Relationship Problems without Breaking up

18 Signs Your Boyfriend will be a Good Husband