So you’re out on this awesome date and you’re getting along with this guy you really like – what’s next? Are you going to make the move? And if not, how do you get this guy to make it for you? It’s understandable that after a great date, you and your date will engage in more intimate activities. And I’m not talking about sex.

The moves a guy can make can range from conservative to downright frisky. It all depends on what you, as a woman, will allow him to make. Typically, guys will go for it after dessert. It’s not just about marking their territory or making their intentions known through physical touching. It doesn’t have to be about getting freaky. It’s about getting closer and creating a deeper connection through touch and proximity.

Making a move is just a more obvious way of saying “I like you.” Body language can account for more than half of a person’s intentions, which means the first move your date makes is the deciding factor for what’s next. [Read: How to get a guy to kiss you when you want him to]

What are the moves he can make?

The safest move a guy can make after a date is to ask you for another date. It tells you that he wants to see you again, but is that really how you want this awesome date to end?

When a guy likes you, he might try and look for a window of opportunity where he can kiss you good night. If you’re not going home yet, he might try to hold your hand or put his arm around your shoulder or waist.

If he’s really bold, he’ll go for the highly anticipated good night kiss. Worst or best case scenario would be him asking if you’d like to sleep with him. Like I said, it all depends on how the move sits with you. Now, are you ready for it when it happens? [Read: Sex on the first date: Should you give in?]

Why isn’t he making a move?

When it doesn’t happen, you might start to second guess yourself and start enumerating your self-esteem issues. Stop. The lack of acceptable personal space encroachment might not be about you. Your guy could be dealing with personal issues unrelated to how you chewed your food or the type of wardrobe you chose for your date. Here’s the score on what’s really on his mind.

#1 He’s shy. And isn’t that what endeared you to him in the first place? Or not. But it is a valid reason – one that can easily be remedied with a glowing smile and an offer to hold his hand. [Read: Does he like you? 18 subtle body language cues guys give away]

#2 He doesn’t know how you’ll react. Even though most guys are confident about how they approach women, they are still reluctant to act too forward in case they get rejected.

#3 He can’t read you. Some guys want to know what they’re up against before making a move. If they can’t predict how you’ll react, they might think twice about trying anything at all. [Read: 25 compliments for guys they’ll never forget]

#4 He’s not that type of guy. He could be a gentleman or a guy who takes his precious time. Making a move isn’t his priority. You just have to know what his priorities are by asking him.

#5 He’d rather you make the first move. There are also guys who prefer to be approached. I’m not sure where this complex comes from, but it’s going to be hell for a girl with low self-esteem.

If any of these are true for the guy you’re dating, you can’t do much just by sitting there and waiting for the crucial moment to happen. It probably won’t if you leave the decision in the guy’s hands. Just make sure that you are both on the same page. If not, then what else can you do?

When it’s obvious that your date isn’t planning on making a move anytime soon, you need to take matters into your own hands. Here’s how it’s done.

#1 Make him feel at ease. You can make your date feel more comfortable by showing him that you’re having fun. A relaxed atmosphere can take away the tension and help you both open up to each other. [Read: 13 charming ways to be more approachable to guys]

#2 Be genuinely interested in him by asking questions. They say the best way to make someone like you is by paying attention to them. Once he sees that you actually want to know more about him, he’ll see how much you really like him.

#3 Give him subtle hints through the conversation. Talk about how much fun you’re having and that you can’t wait to see what happens next. Don’t spell it out for him. Just give him some obvious clues like that.

#4 Tell him that you like guys who take the initiative. If that doesn’t work, I don’t know what will. This statement is such a classic that I can’t imagine why women don’t use it more often.

#5 Put yourself in a position where he can make the move. Don’t sit away from each other. Don’t walk so far apart. Move in closer. Sit right next to him. Brush your arm against his. Proximity is key. [Read: Things you should never do to get a guy to like you]

How to actually get him to make his move

Once you’re in a position to be ravished, the next step you’re going to take is to give him a signal that’s as obvious as a neon sign that says, “Take me. I’m yours.”

#1 Ask him why he hasn’t made a move. You’re not exactly asking him to make a move on you. You’re just wondering why he hasn’t. The point is that this question will help him make a quicker decision.

#2 Ease yourself into his personal space. Don’t overtly step towards your date. Gradually shift your position so that it’s obvious that you’re open to his approach.

#3 Use open body language. Don’t cross your arms in front of you. Don’t lean back. Talk with arm gestures. Point your whole body towards him. These subliminal hints will get through his subconscious, thereby doing the rest of the work for you. [Read: 30 subtle, obvious and sexy flirting tips to get him to make a move]

#4 Use suggestive body language. Lean closer. Draw attention to your lips. Align your shoulder with his. It’s a bit more forward than open body language, but it’s not too aggressive that it might scare him off.

#5 Move in as if he made that decision for you. What’s an accidental bump here and there, right? Even if you did technically make the move, it’s your date’s job to meet you halfway.

Some girls think that being too assertive or aggressive can give off the wrong impression. We say screw that because the only thing you should be worrying about is your own happiness and not someone else’s perception of you.

Even if your date doesn’t make any move at all, you can still make your own moves. Whether you’re successful or not is not important. The point is that you opened yourself up to the possibility and can end the night knowing you have no regrets about it. 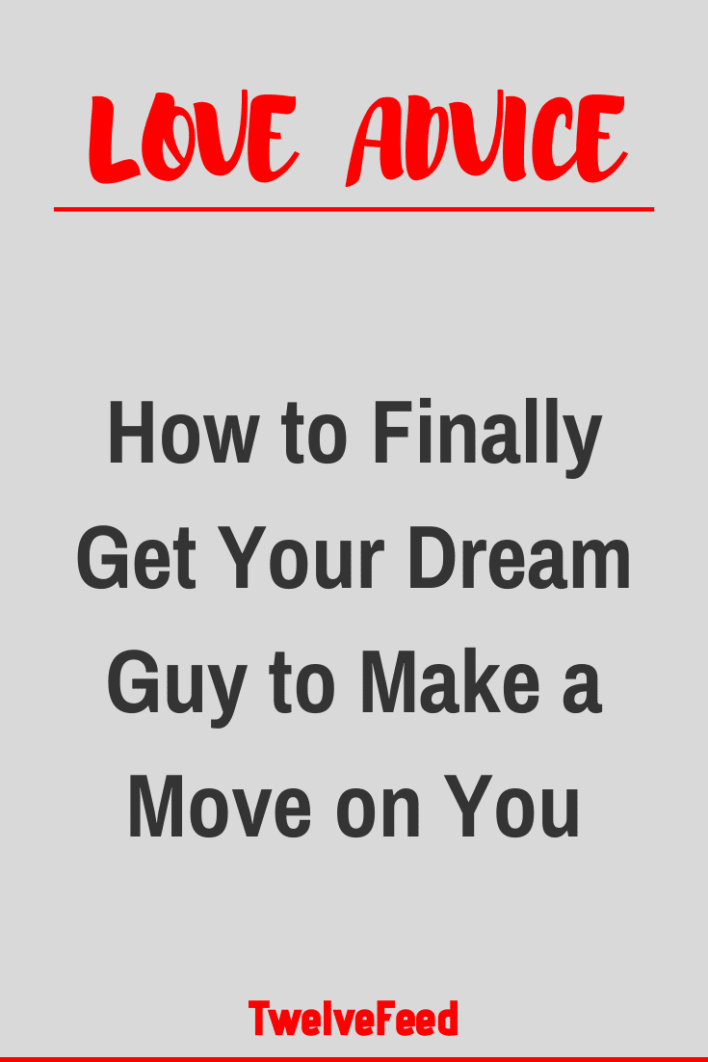