It sucks when this happens, but every time you do meet the perfect guy, there’s a good chance’s he’s already in love ‘with the wrong woman’.

You may know he’s the man you want, and you may be convinced that you can be a much better girlfriend than his annoying girlfriend-present.

Find out how to get a guy with a girlfriend and turn his present girlfriend into girlfriend-of-past with these simple steps.

How to get a guy with a girlfriend

Read the first five steps on how to steal a guy before you read these next five steps to get a guy with a girlfriend.

It’s simple and easy. But steal a guy only if you love him and find that he’s in an unhappy relationship. There’s really no excuse for breaking a relationship up to cure your own boredom.

#6 Have great conversations with him

In the first five steps on how to get a guy with a girlfriend, you would have seen how important it is to make a great impression and make him fall for you. Now we go into the serious stuff. The guy you like may think you’re attractive and smoking hot, but as visual as men are, it’s not enough to win him over.

A guy may get attracted to a lot of girls, but he doesn’t fall in love with all of them. Emotional compatibility is of great importance for a guy.

When you’re spending time with him, have a light hearted conversation almost all the time. But every once in a while, talk to him about something serious and even intellectual. Create interesting conversations and let him see how smart and aware you are. Ask him about his job or what he plans to do in the next few years. Talk to him about his goals and dreams, and about yours too. And always offer some great pointers that can help him, and ask him for a few pointers on your goals too.

You don’t always have to talk about games, bikes or cars to win a guy’s attention, unless you like them too. By talking about things you don’t know or by trying too hard to please him, you may just end up coming across as too eager to please.

Both of you share a flirty and uncertain relationship with each other. By asking him out or telling him you have a crush on him, you’d end the confusing uncertainty and become the girl who has a crush on a guy with a girlfriend. And once he knows he’s won you over, he’ll lose the interest to impress you.

Always play coy, but stay mysterious. Never let him know that you like him. Always make it look like he’s the one giving you the attention.

One thing you have to avoid though is texting him too often or even texting anything overly flirty. His girlfriend may end up reading it and force him to avoid you.

#8 Build the chemistry with your touch

To understand how to get a guy with a girlfriend, you need to work your magic without ever making your intentions clear. Obviously, he’d know something is in the air or he wouldn’t be having happy flirty conversations with you. He’d be confused about his own feelings at this point, and this is when you need to build the romantic chemistry.

The next time you’re having a conversation with him, try to build the chemistry with some flirty touches. You need to be discreet and careful not to overdo this move.

Don’t ask him out to a movie or a date, be subtle. At least until he makes it clear that he’s falling for you but is confused because he’s already got a girlfriend. If he does say that, it’s obviously going well in your favor.

The next time you’re having a conversation with him, invite him along with your own group of friends and try getting some 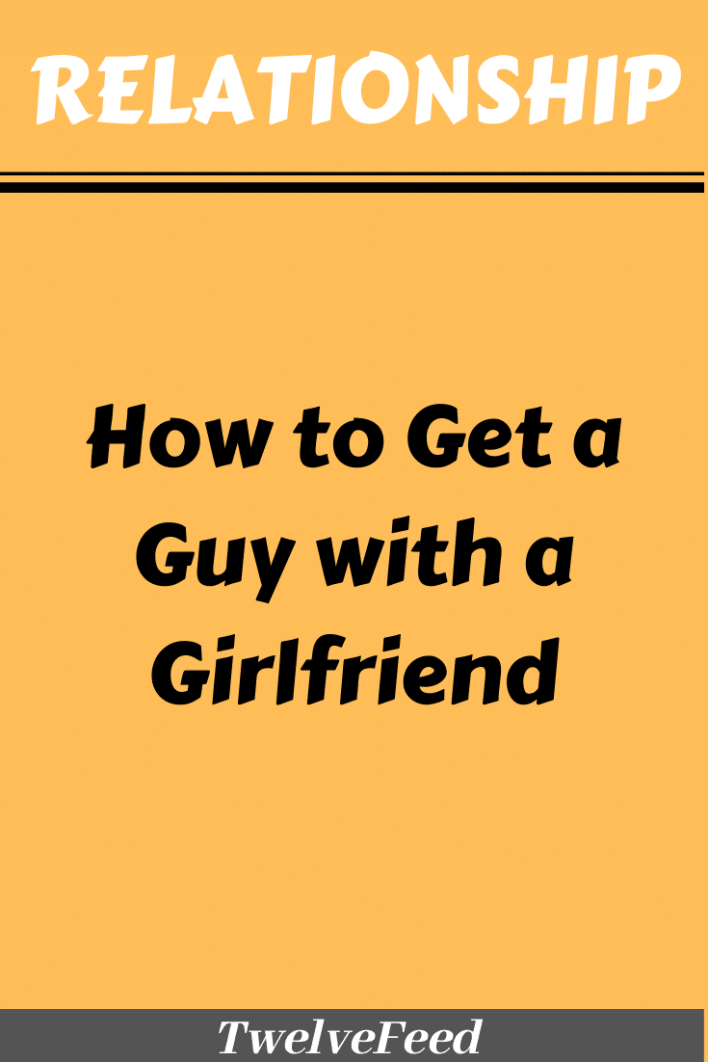 How to Know if You are Not in Love Anymore

Bad Friends – When to End a Friendship