Men—the mysterious creatures of the earth. Just joking. Actually, they’re pretty obvious beings. You just need to keep an eye out for the signs they give away. Especially the signs for how to tell if a guy likes you. If you’re distracted by his cute face and big arms, well, snap out of it, you have work to do!

It’s time to take a closer look at the guy you like, and see if he’s showing you he’s interested. If you’re wondering how to tell if a guy likes you, here are the 13 signs you need to keep an eye on.

#1 He tells you. Most men eventually tell you that they’re interested in you. If this happens, you don’t have to go analyzing their every move.

If he says he’s interested in you, now you have the first part taken care of. So, what’s next? Is he interested in you as a hookup? Friends with benefits? Serious relationship? You need to know what he’s looking for.

#2 It’s all in the body language. Sure, he may be ignoring you or acting like he’s not really interested, but what’s his body saying? Shakira was right, hips don’t lie. Just don’t stare at his hips, it wasn’t meant to be entirely literal.

Listen, if you pay attention to his body language, you’ll find the answers. If he’s interested he’ll be mirroring you, mimicking your body language. This means he’s trying to connect with you. If he leans into you when talking, has his feet pointing towards you, these are great signs.

#3 He wants to get to know you. Is he interested in knowing about that time you fell off your bike when you were six? Or the story of how your parents met? Believe me, if they’re not interested in you, they wouldn’t sit around listening to these stories.

#4 It’s all in the eyes. Is he giving you crazy eye contact? Okay, you may have something stuck in your teeth, but most likely he’s into you. If you’re looking at him and the eye contact lasts a little longer than normal, you’ll know the feeling. He’s trying to connect with you. So sensual.

If he’s staring at you a lot longer than needed, it’s kinda creepy, so I recommend looking away and leaving the area. I’ve seen CSI, I know how this plays out.

#5 He smiles a lot around you. He’s a happy guy! Why? Because he’s talking to the girl that he likes. Why wouldn’t he be smiling? If the guy laughs and smiles around you, he’s obviously enjoying himself. Now, just because he smiles doesn’t necessarily mean he likes you, but if he’s smiling for no reason then that’s different.

#6 He starts the conversation. No guy starts a conversation with a girl he’s not slightly interested in—unless he has to. But come on, think about it. You’re a guy at a party and you see a girl you’re interested in but instead go to talk to the one that doesn’t remotely excite you. That just doesn’t happen.

You should know one thing, guys don’t like to waste their time. They don’t want to talk to people they’re not interested in. Honestly, who does? So, if he’s coming up to you to start a conversation, he’s curious and wants to get to know you.

#7 He doesn’t use his phone when he’s around you. Nowadays, it’s impossible to hang out with someone unless their eyes are glued to their phone. Basically, it’s like hanging out alone.

#8 He compliments you. If he can’t keep his eyes off you and compliments you on how pretty you look. I don’t even think I have to explain this one. He’s into you. Men are extremely visual, so, if you look like a bombshell, he’s going to notice.

#9 He touches you. I don’t mean touching like him fist bumping you hello. If you have a friend that does that, please remind him it’s not 2008 anymore. I mean touching like him grazing your back with his fingers, or he grabs your hand when you two are running across the street. If he’s touching you when he doesn’t have to, he’s trying to make physical contact with you.

#10 He finds a reason to talk to you. He saw a funny YouTube clip and shared it with you on Facebook, or messages you about something you posted. Was that really necessary? Probably not, but he’s trying to get a conversation going. 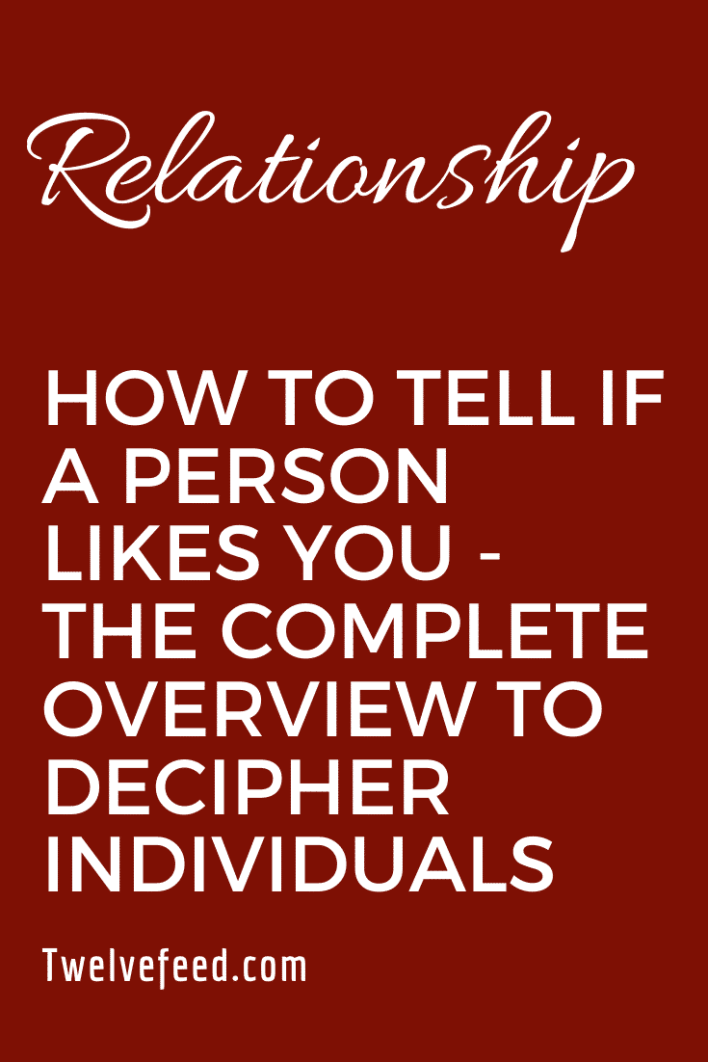