It took me years to learn to love myself again. Exiting puberty and yearning for my first boyfriend on the other side of 20 years old was particularly painful for me. I didn’t think much of myself, mostly because I didn’t think much of my body. I say that because I noticed. It’s not just something you think, it seeps into the ways you treat yourself. And, lo and behold, I attracted that back.

I dated my share of toxic men who broke things in me I had forgotten to break along the way. I sought out the lost causes and the wounded ones, the self-loathing cheaters and the incurable narcissists. I loved a bad boy. Because I was a good girl? Because opposites attract? No. I just put up with being treated badly because that’s what I knew, that’s what I was familiar with, and to be honest, that’s what I was good at. The idea of weighing my self-worth on the same scale as my well-being had never even crossed my mind. The idea of weighing myself was petrifying enough. So, bring on the tattoos, the substance abuse, and the DMs full of girls who weren’t me.

When the pain turned to rage, and the tears were replaced with snorts of disgust, I finally decided I had had enough. I was learning about myself from the patterns I had enough self-awareness to see emerging. I decided it was time to meet a nice guy that would buy (and throw me) flowers and introduce me to his mom. All the movies and all the books were made about this guy. He was the guy that was promised to me when I was 15 or 16, all pearly whites, button down shirt, and puppy eyes. I was ready to claim my dues. I had made the sacrifices, kissed the toads, and learned from my mistakes. And I thought I was worth it.

Here is the danger in giving people labels. Sometimes, even the good guys aren’t good guys. No matter how wholesome they look, no matter how much they love their mom, no matter the flowers and the bespoke dates, they are still humans free to make mistakes. To make many mistakes. To smother those mistakes with charm and a sparkling smile. To bandage up their old festering wounds with a big fat label you can read on their chest, right above their heart, that says “GOOD GUY”. Or maybe I had put that label there myself. I wasn’t looking far enough away from what I knew and was being fooled by appearances.

I knew I wanted to break the cycle. I was loving myself more and more every day, and I was tipping the scale back in my favor. I labelled what I deserved as “good”, but seldom bothered to look past the surface of who I wanted to be so or what was presented to me as such. As easily as you can have a reputation as a cheater and a liar, you can have a reputation as a good guy too. Reputations imply complicity. I had my heart broken by a good guy. Soon after, witness after witness came forward to supply a mountain of evidence that objected unequivocally to his good guy image. But good guy he remains. For the first time in my life, I thought I deserved more than good.

It takes years to admit your flaws and to share the scars hidden underneath the shiny, flirty exterior you display to your potential future partners. That wall we all put up can be as attractive covered in graffiti as covered with a fresh coat of paint. More often than not, it is no reflection of what hides behind the wall at all. I wanted a good guy and never asked myself if I was the good girl he deserved. I’ve scaled a bunch of walls, but I’ve also sat in the shadow of my own. And before this turns into a home improvement metaphor, yes, I had work to do. Some spring cleaning and some renovations. Some strengthening of the foundations and a fresh coat of paint.

Don’t read the labels. Don’t dish them out, either. But pick a bright color for your worth and paint yourself with it every day. We’re all under construction, but we’re all worth it. I know I am. 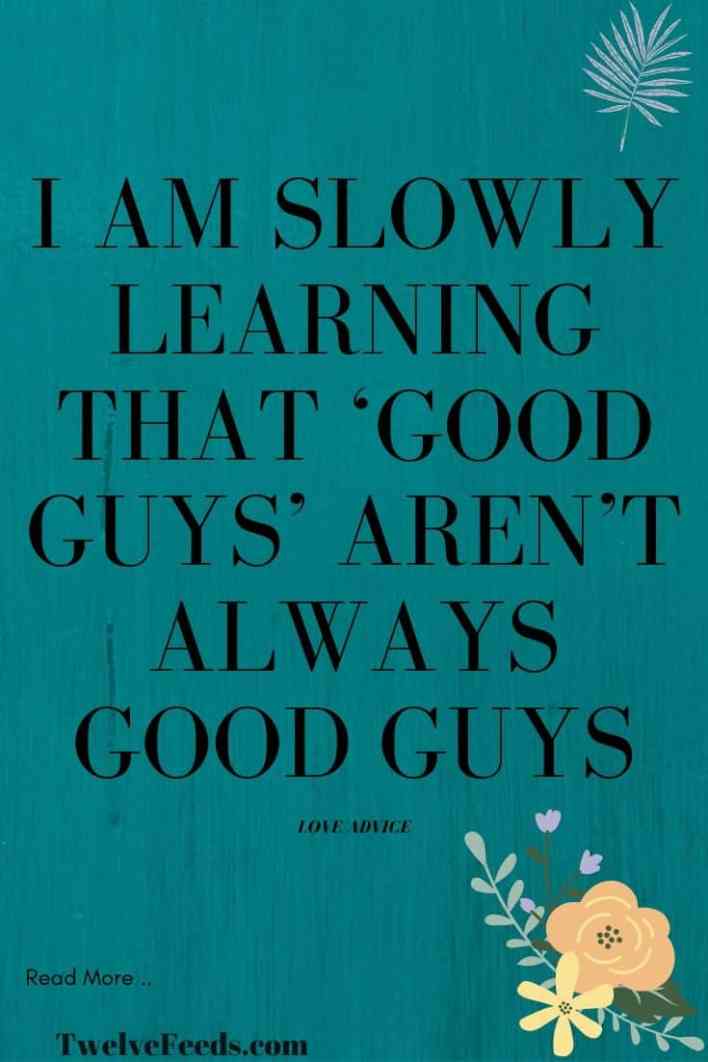 When You Get Cheated On, It Changes You