How strange to think that, just like that, I realized I hadn’t mattered to you at all.

And just like that, I didn’t feel for you anymore.

All this time, I wondered if maybe you felt the same. I stayed up all those nights hoping you still cared about me, missed me somehow, or wished that things didn’t end the way they did. But they did end that way. Today was the closing of a chapter almost a year after we’d stopped speaking. It was the final straw, the moment I knew that you were gone for good. It was the moment I realized that nothing I had hoped for in you would come true. After 11 months of the false hopes, letdowns, heartbreaks, and all those long days and sleepless nights I felt so lost over this one person I cared about so much, it all came to this. You became someone I couldn’t recognize anymore.

It was like the friendship—or whatever this was—didn’t exist. All that time spent and the hours together and the conversations didn’t matter. At least, it didn’t matter to you. You don’t remember any of the good. You describe me to people as the mistakes you and I made. You shifted all the blame on me so you could move on easier. Breathe easier. Live easier. Not feel guilty about leaving me behind. You had moved on, and you did just that by tailoring the story to fit your truth. But I know in your heart of hearts that you do know the real truth, the truth that actually happened last summer.

I flash back through all the memories, all those times, trying to find a moment, a red flag that should’ve warned me that you never really respected who I was as a person. I wish that you didn’t say that your mental health issues were the only reason you wanted to be with me more. Maybe it was an excuse to get out of having to explain yourself and what you did, but it wasn’t what happened. You and I know that. You were right, my purpose was to validate you. It was a disgrace, a slap in the face to hear you use that as a justification for why we once had an undeniable connection. All I feel hearing those words is the feeling of being disposable. Shamed. Disrespected. Worthless.

You talked about me like I could’ve been anybody, but it was me. I was there. I wanted to believe maybe I meant something to you, that maybe we weren’t just ordinary.

The person that once was the closest to me, had my back, and knew my inner thoughts was now the one who wouldn’t even acknowledge me. All the laughs and the smiles and the pictures that captured those bittersweet moments in time, I think of them with a heavy heart as I repeatedly replay those words you said today, over and over in my mind. “I really don’t care.”

You really don’t care. In four words, that was disappointment. It was disappointing to know that after all that time, I became nothing to you—nothing except for a person you once used.

And that was all I needed to hear.

I am finally free. 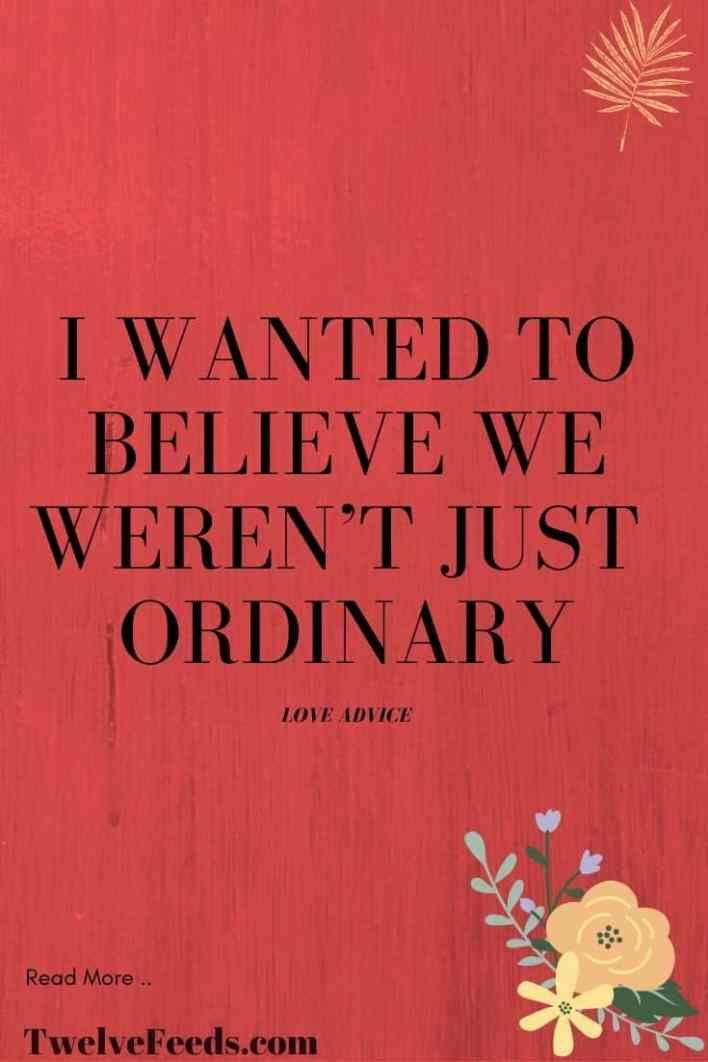 This Is What It Looks Like When You Chase Someone

The Time You Spent Loving Them Wasn’t A Waste