2. When you make a small, forgivable mistake. Your person shouldn’t blow up at you over every little thing. If you’re scared of spilling something in front of them or folding your laundry wrong because they’re going to throw a fit, then it’s not a good idea to continue dating them. The right person would never make you walk on eggshells. They would laugh off your little mistakes, not judge you over them.

4. When you aren’t able to be there for them at the drop of a hat. Your forever person shouldn’t expect you to drop everything you’re doing in the middle of a work day to answer a text. There’s a difference between wanting to be considered your priority and wanting your full, undivided attention every second of every day. They should be an important part of your life, but not the only part of your life. If they can’t see that, they don’t belong with you.

5. When you’re on your period. Your person shouldn’t get weirded out over that time of the month. They shouldn’t refuse to help out when you ask them to pick up a box of tampons for you or act like they don’t want to hear it when you’re discussing your cramps. They should be a mature, respectful adult.

6. When you speak to someone of the opposite sex. It’s understandable if your person is uncomfortable with you being super intimate with someone you used to date or if your person gets pissed when they catch you flirting with someone else. But if they get unreasonably upset about your platonic friendships that you’ve had forever, then that’s a red flag. You shouldn’t have to give up your friends for them. You should be able to date them and maintain your friendships, no problem.

7. When you ask about the future or try to put a label on the relationship. Asking them where they stand really isn’t asking for a lot. If they refuse to have a conversation with you about where they see the relationship is going, even though it’s important to you, because they would rather live in the moment, then they probably aren’t on the same page as you. They probably don’t deserve you. This is probably your cue to walk away. 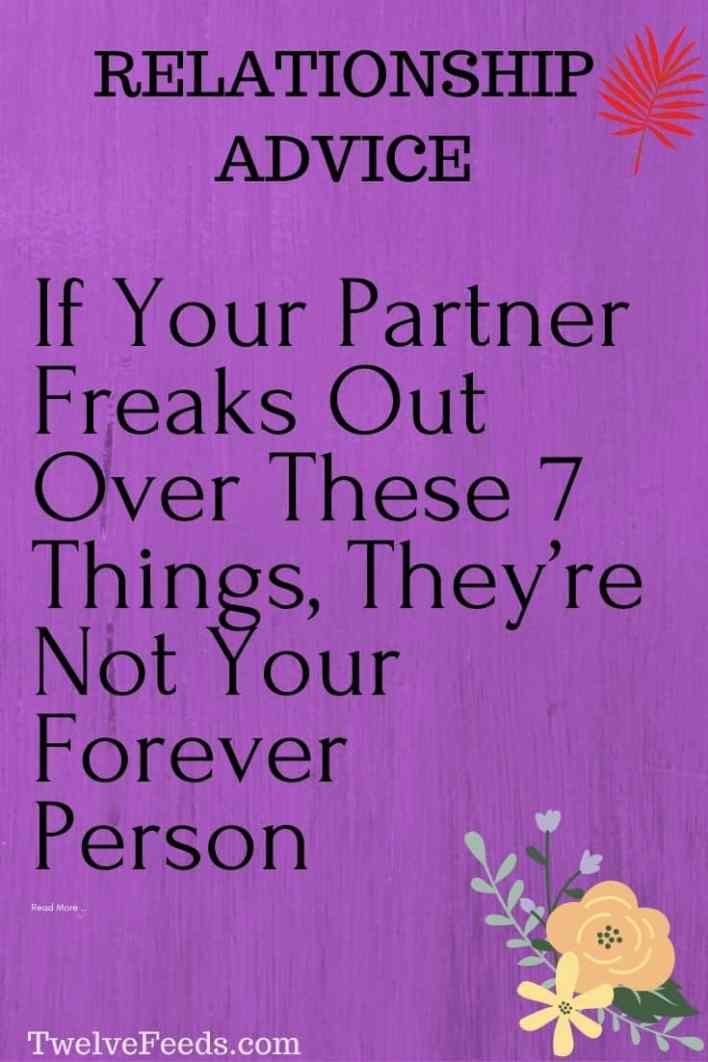 When Your Heart Breaks, It Doesn’t Stay Broken Forever

You’re Not Crazy — You’re Being Breadcrumbed