They say that to love and be loved is one of the best feelings in the world. It may sound cheesy and clichéd, but love is one of the great moving forces. It inspires us to do an equal measure of both, touching and stupid things. They say love occurs to us naturally because you don’t think to feel love, you just do. But some people feel incapable of love.

There are people who have no idea what it actually means to experience love. They’re single up to this point and all of their efforts to date or have a relationship have ended in failure. Some just fell out, while others ended pretty ugly. By now, they’re probably resigned to stop chasing a concept that seems foreign to them.

As far as they’re concerned, they think they’re incapable of feeling love. But they really might be suffering a form of Emotional Deprivation Disorder.

Incapable of love – What is Emotional Deprivation Disorder?

The concept of Emotional Deprivation Disorder sounds like the description of that brooding lead from a passionate drama: hopeless, frustrated, anxious, and burdened with a lot of past issues. But despite the trope, it is a real condition summarized as “the inability to form mature relationships with others.” While that clause instantly brings passionate relationships to mind, EPD also affects other types of relationships, including those with one’s friends or family.

#2 Being ignored or rejected in their early life. Anyone who’s had interactions with kids would know how desperate they are for an adult’s attention. For a kid to be openly rejected and isolated by others, by their very own family, has serious repercussions on their emotional development.

This negative experience makes them feel unwanted, and they feel incapable of love and isolate themselves from others as a result.

#3 Constant criticism and verbal abuse. A person’s emotions are most sensitive during their childhood, and any harsh words affects them later in life. In the same way, constantly criticizing them without a single word of approval not only alienates them, but also impacts their self-esteem and sense of self-worth.

#4 Lack of “love” in general. We learn love while we are young, and we learn it from our immediate family. So if someone either has no family to experience it from or has not experienced any type of loving gestures from their family, they have no concept of love to bring to their adult life.

#2 You tend to find activities that don’t require any social interaction. Either you are a recluse who stays mostly in your apartment, or you enjoy long camping trips in a very isolated cabin. Your activities are mostly in the introvert’s list of hobbies.

#3 You feel aversive in a group. Due to past experiences of being judged, criticized, or abused, people with EPD tend to avoid groups in general. When the inevitable happens and there is no choice to be in a group, they still feel isolated and uncomfortable.

#4 Feelings of insecurity. You criticize yourself over and over, blaming yourself often when something goes wrong. People with EPD often have a negative perception of themselves and their impact on others. This type of insecurity also prevents them from forming passionate relationships or belonging in a group because they feel they are not “good enough.”

#5 You’re constantly single because you think that nobody would like you. Due to feelings of insecurity, people with EPD feel that they are unattractive, inadequate, or unlovable even if that is not the case. They often set unrealistically low opinions of themselves and their capabilities.

#6 You’re obsessed with pleasing people. Since they have low confidence and self-esteem, people with EPD constantly worry that their close friends or special someone will leave them. As a result, they tend to go to uncomfortable lengths to please people, even against their own well-being.

#7 You are constantly worried about the opinion of others. As a result, you tend to take sides against your opinion. You also change your appearance and act in a way to please others, even if that is not what you want.

#8 As a result, you’re prone to being manipulated or used. If you’re unlucky, the person whom you adore so much and work so hard to please realizes your condition and abuses your obsession with pleasing people to their own ends.

#9 passionate grief cycle. A. you want someone so bad; B. someone comes along; C. you can’t and won’t entertain it because you feel that you’re unlovable anyway; D. how you wish you had someone; D. rinse and repeat.

#10 You are suspicious of passionate gestures and advances. When someone makes a move, you’re immediately incredulous. Since you think you are inadequate and unlovable to receive such advances, you think they have ulterior motives. This kind of suspicion makes you isolate yourself even more. 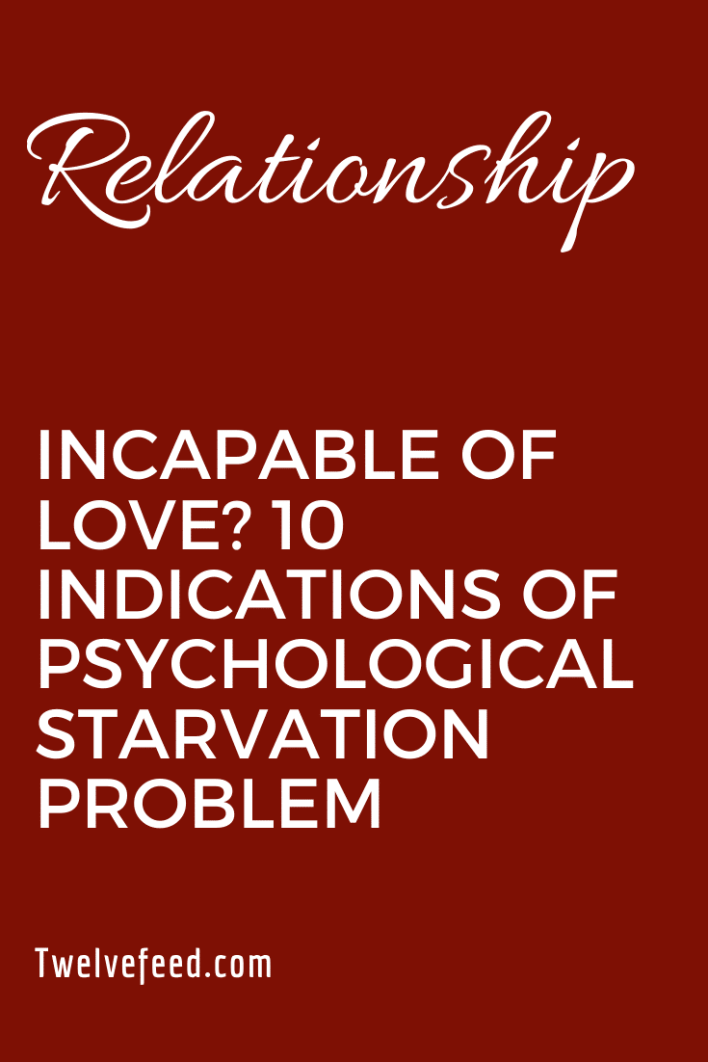