I think most women out there dream about their wedding day from a very young age. We think up the perfect groom and then figure out all the little details we want to include on the big day. Sometimes we even act it out as children. That can change when we grow up and actually get close to marriage because we don’t even know if marriage is on his mind yet. Is he going to propose?

This question flits in and out of our minds numerous times when the relationship gets to a point where marriage is a real possibility. We wonder when and how he’ll do it and sometimes it can even drive us crazy. If only there was a way for us to tell if a man was going to propose or not. Oh yeah, there are lots of ways!

Marriage is not something to take lightly

As much as us ladies have dreamed about our wedding days for so long, one thing we can’t forget about is who our groom is. With the excitement of such a big day, it can be easy to get caught up in whether or not he’ll put a ring on it.

Is he going to propose?

Now that’s the real question. If you’re at the point where you think he might pop the question, then I’m assuming you’ve already discussed marriage. You know exactly how he feels about it and if he would even want to marry you.

That’s the easy part. The rest is really just a waiting game. But if you think he’s getting close to popping the question, pay close attention. These are all the signs he’s about to get down on one knee.

#1 He’s been talking about marriage more frequently. Has your man been overly eager to talk about wedding-related topics lately? Is he actually letting you watch those crazy wedding shows with no arguments?

Then he might be gearing up to pop the question. When he talks more about marriage, he’s thinking about it way more. And that means a ring could be in your future.

#2 He’s been discussing kids with you. This only applies if both of you want kids. If not, don’t worry about this sign. But if your man is bringing up the topic of kids and wanting them and openly discussing names, he might be thinking about proposing soon.

#3 He brought up your living situations. Do you two live together or apart? If your man is discussing moving in together or anything else about where you’ll be living in the future, it means he sees you two living together. This also means he could be planning on proposing to solidify that decision.

#4 He’s been going MIA recently. Does he just wander out without a coherent response? If he’s being shady about his whereabouts, he could be scoping out different rings. Don’t jump to negative conclusions here. If this sign is present with a few more on this list, it might be him proposing soon.

#5 He planned a date night for the two of you as a surprise. Does he have a really special date night planned for the two of you? If so, it could be the night he’s going to propose. Be prepared and do your nails up really pretty! A date night that’s unlike your typical dates at this point in your relationship could mean something big.

#6 He hasn’t been spending as much lately. Let’s be real, rings and weddings are NOT cheap. If your boyfriend is planning to propose in the near future, he’ll be frugal. He won’t spend a lot of money going out or buying anything big or expensive. And that’s because he has a big purchase coming up.

#8 He’s just been acting odd in general. When guys are trying to hide something – anything, really – they’ll act strangely. You’ll just be able to tell that something is off. This could be more a lot more reasons too. But if it’s paired with these other signs, it’s because he’s going to propose.

#9 He’s been shielding his phone and computer screen from you. I know us ladies tend to think of bad things when our men do this but don’t. If you’re far enough in your relationship where marriage is on the table, then this could be a sign he’s searching for a ring and doesn’t want you to see it. So don’t be snooping! It could be a surprise.

#10 He’s been acting nervous. I think guys will be nervous to ask for your hand in marriage no matter how long you’ve been together. That being said, this nervousness will definitely show. If he’s just been acting nervous in general lately, a proposal may be why. 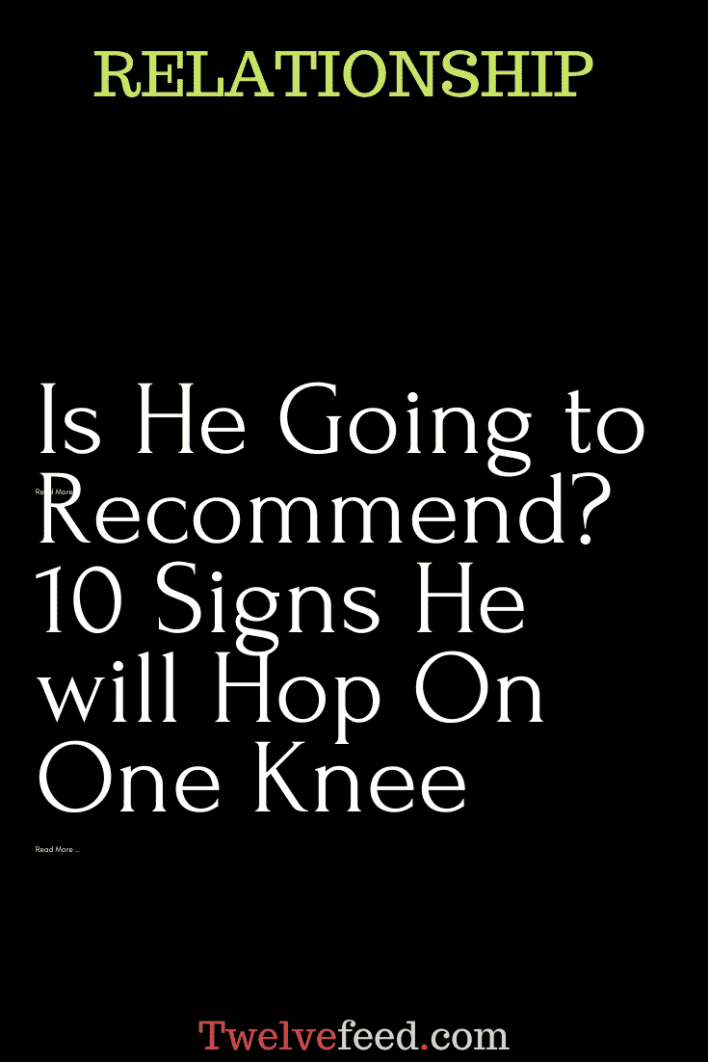 Why Do I Feel So Alone? The Responses that Can Change Your Life