WWE Superstar John Cena has opened up on his relationship with fiancée Nikki Bella, claiming it really hasn’t been a joyride, as fans of their show may already know.

The 40-year-old performer, who has been with the Diva since 2012, admits that while his relationship is as difficult as everyone else’s, he simply can’t live without his brunette beauty.

Speaking in an interview on the Today show with Kathie Lee and Hoda, Cena cleared the air on the questions surrounding his relationship with Nikki, whose real name is Stephanie Nicole Garcia-Colace. The wrestlers appeared to ditch marriage plans in a recent airing of  E!’s Total Bellas, with the two of them sharing a somber, teary conversation during which Nikki asked: “So do we really want to call this off?”

Cena, who proposed to the 34-year-old after their mixed tag match at last year’s Wrestlemania, has confirmed that the wedding is still on but that their partnership is a very tough one regardless.

“Relationships are hard. They are very tough,” he declared. “We are where we are because we tackle tough stuff head-on. We have a lot of tough moments and a lot of hard and difficult conversations, but I wouldn’t change it for anything. I love the girl and I can’t live without her.”

The relationship itself is obviously not an easy one to navigate, but given the kind of work both of them do, working around it is even more of a challenge. Cena, though, claims to regret not asking his girlfriend to marry him years ago.

“Every day is difficult,” he added. “I worked from six in the morning to two in the morning yesterday, slept for two and a half hours, literally rolled out of bed while she’s still asleep, got to kiss her on the forehead.

“As soon as I got in the car, I sent her a text saying thank you for your understanding, this is a tough time, I know we’ll have time to be together soon. Those times will be very special.”

Of course, there were always going to be questions regarding the infamous 75-page agreement that he made Nikki sign when moving in. The STFU star revealed getting the Diva to sign said document during an episode of Total Bellas last year was a “failsafe measure.”

“Just some sort of thing where I would be protected in case of a disaster,” he explained. She [signed it], totally without question, and it made me feel super bad, which I should have, but it also made me realize – and this was early on in our relationship – it made me realize ‘this is one young woman I should not let get out of my life.’ Because when she says ‘I’m with you because I love you, here’s proof I would still like to be here.’”

Cena also revealed that he and his wife-to-be will also be signing a prenuptial agreement before their wedding.

Many are opposed to the signing of such documents, as they believe it creates an aura of doubt. But there’s really nothing wrong with people behaving realistically as there’s no telling what can happen in a marriage, especially one in which celebrities are involved. 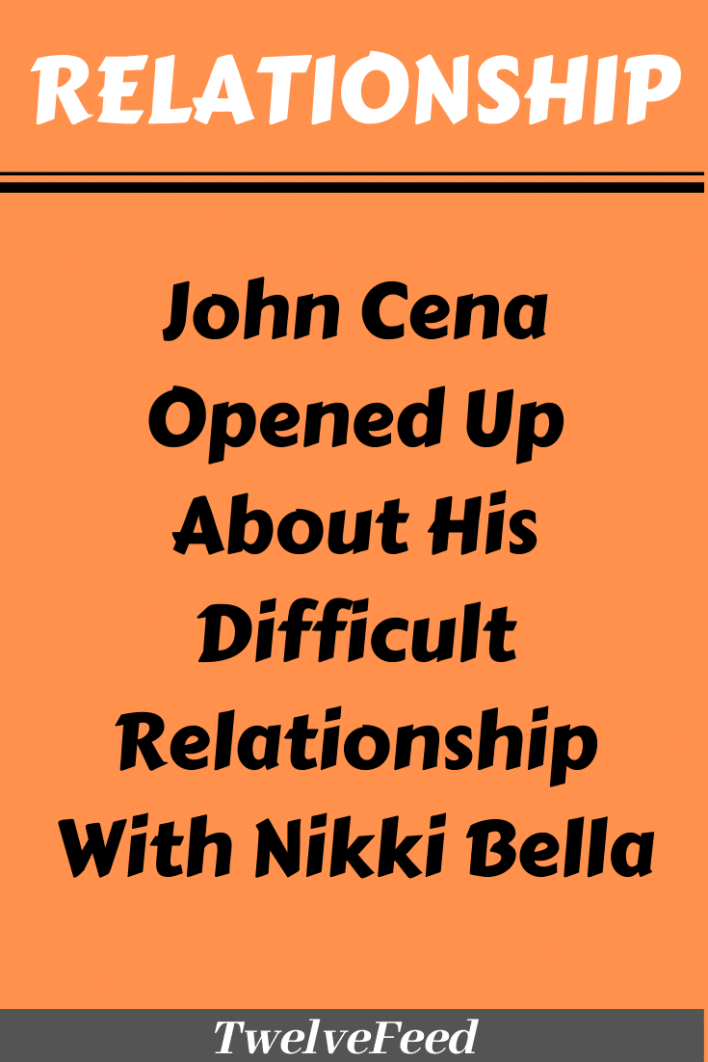