What is a narcissist? A narcissist is a person who cares about no one but themselves. The way that the narcissistic personality got its name is from a Greek Mythology character Narcissus who simply couldn’t stop himself from falling in love with his reflection in the water.

That is how narcissistic people are; they love themselves, and everyone else is just a means to their end. For a daughter of a narcissistic mother, those traits in a mother can be highly damaging and have some real consequences for their future sense of self, their behaviors, and the future relationships they have.

Constantly trying to please someone who can’t be pleased over a lifetime can take a real toll on your psyche. Unfortunately, many people don’t even know that they have been a victim. To the daughter of a narcissist mother, she was just a “little demanding.”

Being the daughter of a narcissistic mother is quite arguably the worst form of child abuse that anyone can endure – only made worse because it is internalized. There are no outward signs of the abuse, and when the child tries to make sense of what is going on, narcissistic mothers will do something called “gaslighting.”

Here are the long-term signs that you are the daughter of a narcissistic mother.

#1 You suffer from low-self esteem. Narcissistic mothers show affection only when they want something. Typically, they are demanding and never satisfied, which can leave a daughter of a narcissistic mother feeling like they are never good enough.

Continually trying to find approval from someone who uses it for emotional manipulation purposes, adults raised by narcissistic parents often never feel like they are never enough and suffer from low self-esteem, depression, and anxiety.

#2 You have some level of self-loathing. Never feeling good enough, or as if you can never do the right thing, can leave you disliking who you are. If you can’t ever make the one person who is supposed to love you unconditionally happy, you form an opinion about yourself that you aren’t worthy of love. That can lead to self-loathing and transfer over into poor decision-making later in life.

#3 Self-care is an issue. No matter what you looked like when you were young, you were either too fat, too thin, or just not pretty enough. That can take its toll on you during the formative years when you develop your sense of self. If you can’t ever please anyone, then why continue to try?

#4 You talk negatively about yourself. A daughter of a narcissistic mother tends to talk very negatively about themselves. Mirroring the statements they heard about how and what they were growing up, they mimic the disapproval that their mothers bestowed upon them through their own verbal self-definitions.

Downplaying their own good features and characteristics, they are very unlikely to relish in any good qualities that they possess.

#5 You seek out poor relationships. You spent your entire childhood trying to please someone who couldn’t be pleased. Although having nothing to do with you personally *that was all on your mother*, that disapproval you felt continually takes its toll.

#6 You feel as if you have to hide who you really are. You learned very early on that you weren’t who you were supposed to be. So, you pretended to be who you thought your mother wanted. When you did show your true side or feelings, you were quickly debased and told that you weren’t good enough.

A daughter of a narcissistic mother often hides who she is both physically and emotionally, hoping just to blend in and not make waves. This only leaves them further vulnerable to criticism and ridicule.

#7 You have a tendency to self-sabotage. Being disappointed so many times growing up, you likely learned that luck and good things just aren’t in the cards for you. Trying to protect yourself from further abuse, you have a tendency to sabotage the things that are good in your life as a self-fulfilling prophecy.

#8 You are burdened with perfectionism that isn’t obtainable. It is not uncommon for a daughter of a narcissistic mother to try to attain perfection in everything they do. From always getting straight A’s to having eating disorders, they are always trying to fly under the radar from criticism by being the epitome of what they consider perfection to be.

Unfortunately, even if you ever attained it, you wouldn’t know because you would think it isn’t good enough.

#9 You make less of your successes. Your mother never allowed you to celebrate your accomplishments or who you were, so you tend to carry that disallowance of celebrity into your adult life.

#10 You downplay any tragedies in your life. Likely, a daughter of a narcissistic mother was told that any tragedy she mulled over made her a “drama queen.” So, she is quick to downplay major disappointments or any bad things that happen. 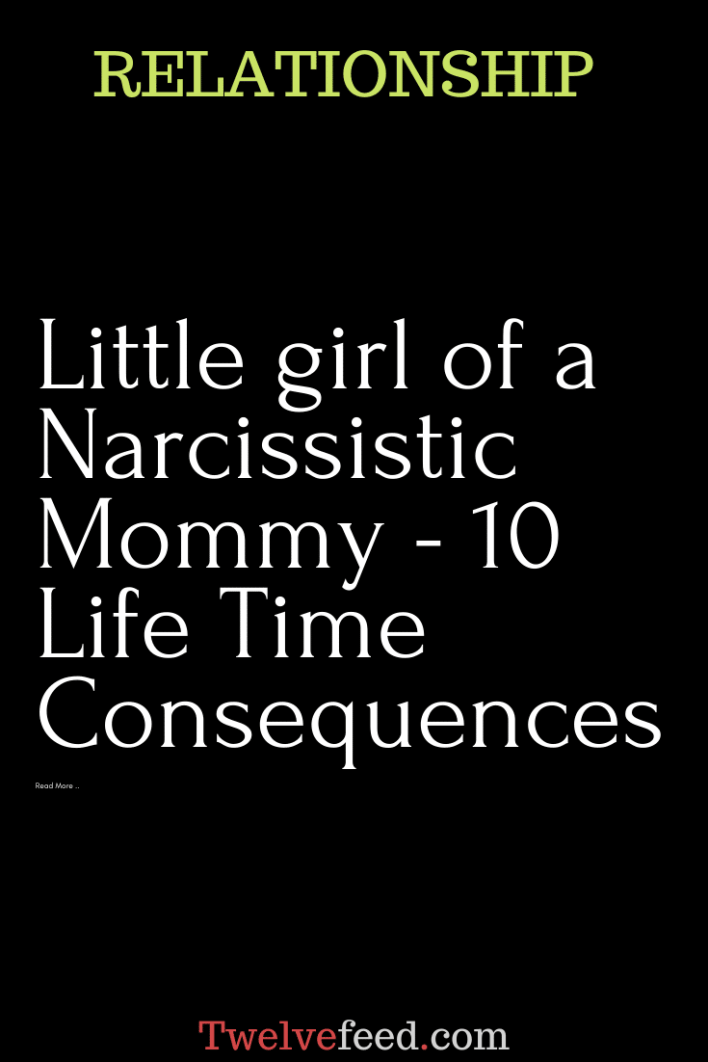