The Madonna-whore complex is a psychological term for men who either put women on such a pedestal that they believe having s*x with them is debasing, or they refuse to have s*x with someone because they believe that it tarnishes them in some way.

According to Freud, who first introduced the term, “Where such men love they have no desire and where they desire they cannot love.” It is a phenomenon, as described by Freud, where a man is conflicted by his extreme adoration of a woman and his desire for her at the same time.

It is the split that causes a cognitive dissonance in men. Basically, they don’t know how to love someone and desire them at the same time. An either/or psychological split, it is still used by many psychologists to explain why men are so emotionally unavailable in their adult relationships.

It also forces men to either see a woman as a whore and desirable, or as a motherly figure, and someone to be admired. It isn’t just men who suffer from the Madonna-whore complex. Women are continually taught that they are supposed to reserve themselves.

And, if they have s*x too quickly, then that makes them a whore. The same urges are existent for men and women, but women are supposed to suppress theirs and play the game using s*x as a tool for the ultimate winning of a man’s heart.

Is the Madonna-whore complex still relevant in the 21st century?

There is no doubt that generations experimenting with s*xuality in ways that were once taboo and against social mores, but there are still gender roles that persist even as feminist and gender do-gooders try to undo the natural genetic imprint that we are all created with.

Many social psychologists believe that human s*xuality is defined not by any genetic coding, but by an agreed upon set of s*xual behaviors in any society. Those social mores are then passed on through socialization and grooming and perpetrated throughout the civilization.

The problem is that gender can’t simply be explained through role modeling and behavior modification.

There is an internal drive that human beings have to procreate. It is imprinted in our civilization to allow the species to thrive. Men’s primal nature drives them to want to procreate to carry on their genetic traits, while at the same time being told that they are supposed to be monogamous and to be with only one woman.

A dichotomy between genetics and social mores, the Madonna-whore complex is likely derived from all the psychological factors that conflict with social ones in any society.

Just like toxic masculinity, men are told that their characteristics, what makes men, men, are toxic to the society and should be suppressed. Things like competition, aggression, and protection are squashed and admonished through the suppression of people’s behaviors and what is deemed acceptable and what is not.

It is no wonder that everyone is so damn confused. Are women supposed to behave like Madonnas and hold out sex as a tool? Or are they supposed to be equal and give in to their sexual desire without consequence or fear of being a whore? Are men capable of having a freak in the bed, but a woman they admire and respect as their loving wife?

It seems like everything is upside down, but the reality is that nothing has really changed in humans, besides the way that we define our sexual tendencies and how we regulate them.

The good news, or bad, depending on what you think morality is or how it should be defined, is that people are much more accepting of one another’s preferences. They also no longer must hide their internal sexual drives such as homosexuality or even bisexuality.

But, as social mores change, it leaves many questioning who they are, who they can love, who they are supposed to respect and what makes them a good versus bad person.

Sex is not only becoming less “taboo” to talk about, to watch, or to engage in, but it is also becoming less about morality or judgment. It isn’t the case anymore where a woman either should be a Madonna or a whore. For all intents and purposes, she can be both according to where she is in life and what she decides for herself.

How the internet is changing sexuality

It isn’t about people in a dirty industry making films for good money debasing themselves, it is about the excitement of voyeurism, getting a glimpse into someone else’s privacy and enjoying their ride.

Taking the dirty out of dirty sex allows men to find their inner creature and not feel ashamed for it. Do they desire their moms… very doubtful, although some might. What they look for is someone who both nurtures them and pleasures them. Very few expect a virgin to make their dreams come true. Not that saving yourself is an excellent idea, it is just that if you don’t, it doesn’t make you any less moral or respectable.

Is the Madonna-whore complex still alive?

Changing the tide of sexual mores doesn’t happen overnight. My fifteen-year old *okay, not proud of it*, still tells me when someone in his class is a “slut,” which means that having sex too early or without the right circumstances is still not acceptable.

But, the one-night stand in college between consenting adults is no longer considered great for the gander and ugly for the goose, which is a good thing… I think?

If you are worried about respecting a girl in the morning, then don’t have sex with her until you are ready, no matter what psychological theory might apply. In the same respect, if you aren’t comfortable sleeping with someone and afraid they will lose respect for you, then it isn’t the right time. 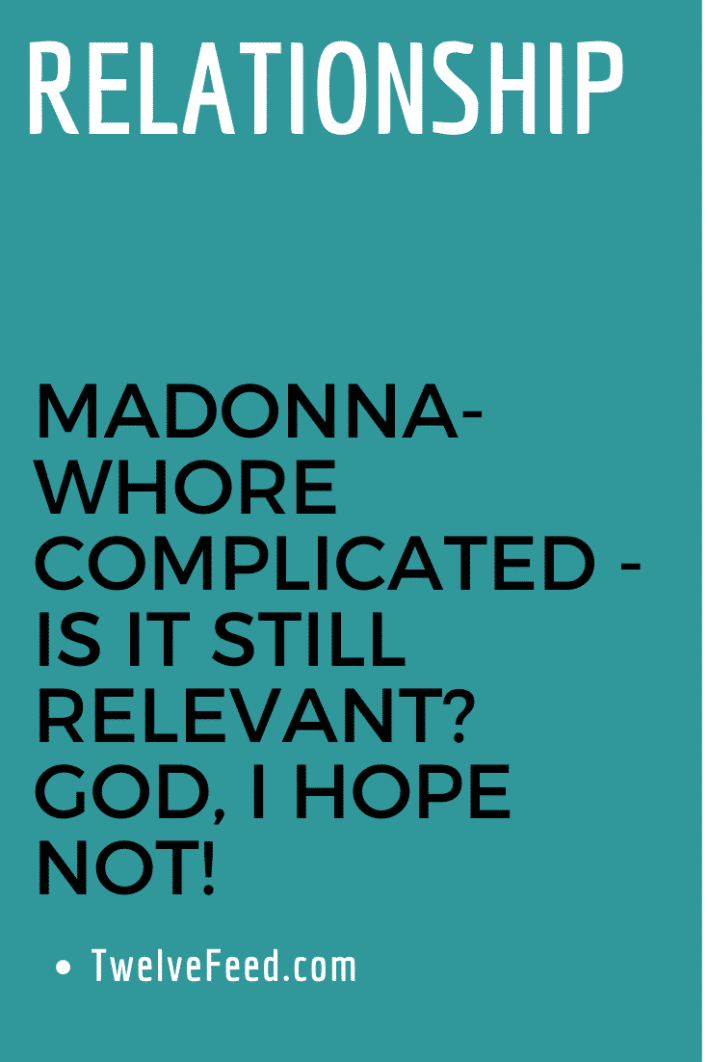 She Has a Partner? 10 Sneaky Indications She's Just Teasing for Fun