Probably not, although for some, it could be the case. There are always people we meet in our lives who make our everything much more fun. They just get us and are super fun to be around. After all, a crush isn’t always about having romantic feelings. Sometimes it just means you can’t get enough of being around someone.

The key differences between a man crush and a bromance

You’ve no doubt heard the term ‘bromance’, so what is the difference between a bromance and a man crush, exactly? They’re similar but have one very key difference.

When a bromance is going on, two guys are enjoying spending time together, can’t get enough of being around one another, and people jokingly say “oh they’re in a bromance”. When you have a man crush, it’s totally one sided. You look at a particular guy and you want to be around them more, or maybe you want to be more like them. Again, both bromances and man crushes don’t necessarily have to be about romantic feelings or anything beyond platonic. In some cases they could end up going that way, but that’s just something you have to go with if or when it arises.

It’s possible to have a man crush on a celebrity, someone in authority, a person you’ve never met but only seen online or from a distance, or someone you work with, someone you’re friends with, the list goes on.

20 Signs you have a man crush

How do you know if you have a man crush? When you are crushing on someone, it means they bring excitement into your life that you don’t normally feel with other people.

If you get tingly feelings inside when one of your friends comes around, that is just one sign you have a man crush. However, there are many additional signs you might be crushing. Let’s check them out.

1. You get all giddy when they’re around

Sure, guys night is fun, and you look forward to it all week. When you have a man crush, then you are just excited about hanging out with your one “bestie.” It is specific and one step up.

When you see them, see their text message, or just think about them, it gives you butterflies in your stomach.

2. You worry if they approve of what you wear

Like fitting in, you want your man crush to think you are the trendiest and coolest guy around. If you change your outfit about ten times and fidget with it while you wait for him to arrive, then there is a good chance you have a man crush.

If you can’t seem to find enough reasons in the world to text, then you probably have a man crush. Sending images to make them laugh, funny antidotes, and just “hey” all day long. If you can’t put your phone away, or worse yet, wait to see the dots that mean they’re answering you back, you’re in deep.

4. You stalk their social media

With a man crush, you want to make sure they like you as much as you do them. Stalking their social media to make sure that they aren’t hanging out with someone else and leaving you in the lurch is just a part of what you will do to spy on them.

5. You get jealous when they talk to other guys

If you do uncover a third wheel, then it doesn’t make you happy. Worse yet, if they do something super cool and you find out that you weren’t invited, that is grounds for being pissed. It’s okay if they have superficial conversations with other “friends,” but the serious talk should be left for the two of you.

6. You try to look and talk like them, to some degree

7. You dress up whenever you know they’re coming over

If they come over to hang out and play video games, and you shower and put on some cologne, that might just be a sign that you have a man crush. Trying to look nice for a guy’s night isn’t a thing when it is just guys.

8. You clean your apartment when they’re coming over

Again, if you go above and beyond guy duty to impress another man, that might just scream man crush. Guys are supposed to be disgusting and not give a shit. If you are typically one of them but find yourself scurrying around to pick things up, you are crushing.

9. You care what they think of you

Another cute thing guys do to one another is call them out, razz them, and make fun of one another. If your man crush says something to you and you get all butt hurt, then you might consider that you have some pretty special feelings for someone.

10. You find yourself suddenly rooting for their sports teams

It is your duty as a man to have some loyalty to a team. Whether it is your college sports team or your hometown, if you change your team loyalty due to what another man likes, that spells MAN CRUSH. 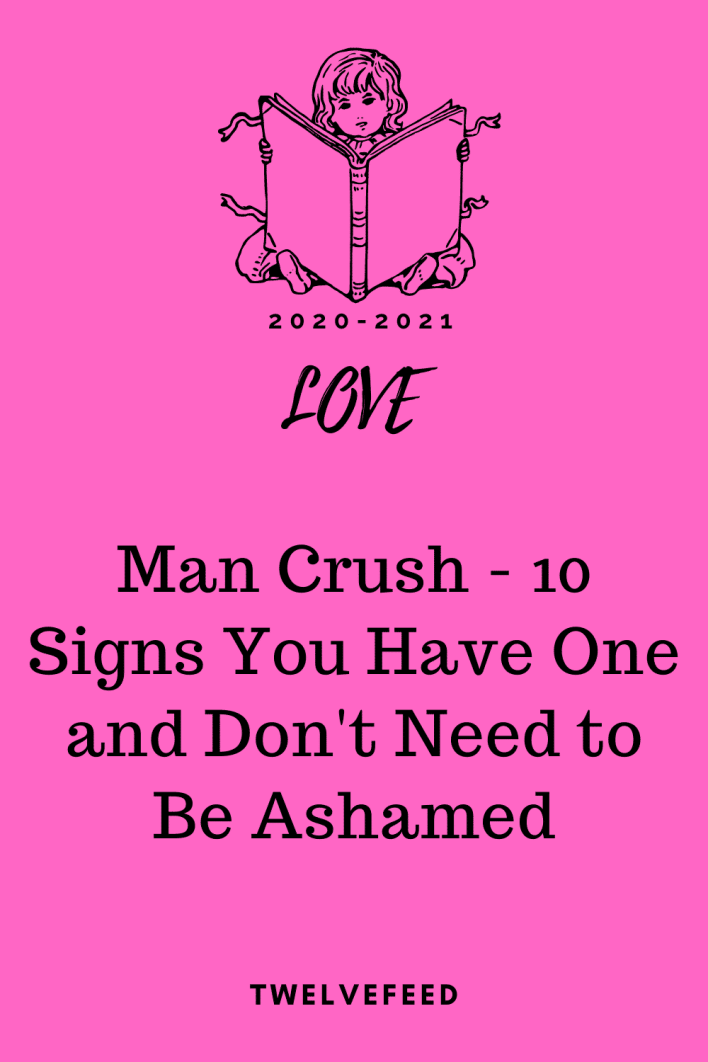 10 Indicators of Remaining In Love - Have You Been Hit by Cupid's Arrow?